A Pit-Stop on the Ancient Silk Road Route 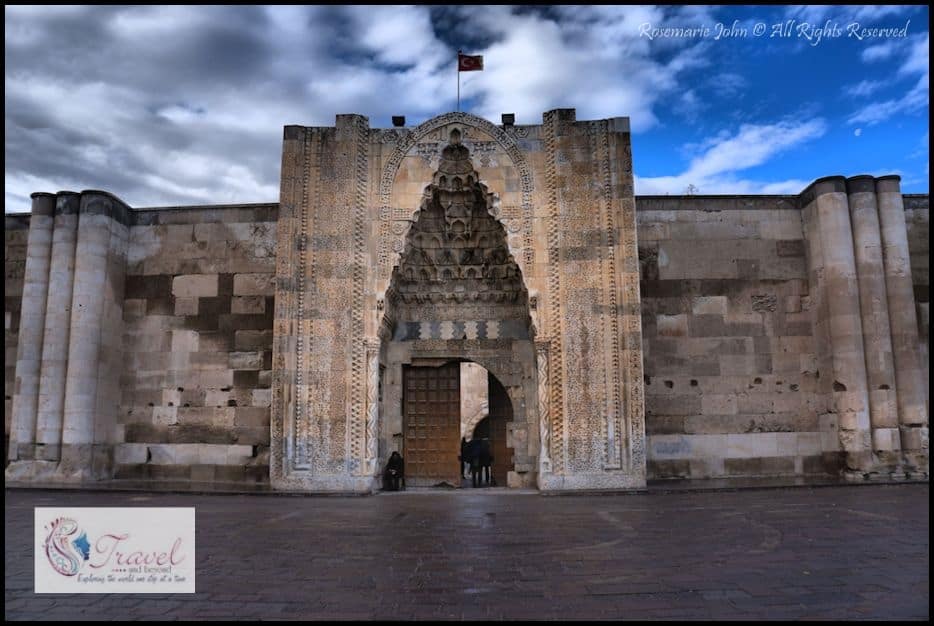 Having been used since the 10th century, the Sultanhani caravanserai situated on Konya-Aksaray Highway looked just like seen out of The Game of Thrones. It resembled the entrance to the city of Qarth!

Known as kervansaray or caravanserai, literally ‘caravan palaces’, these buildings provided accommodation and other amenities for merchants. You could say that caravanserais were old hotels for traders & travellers along the ancient Silk Road route.

Defended by immense stone walls and strong gates, Sultanhani was built by Alaattin Keykubat I in 1229, when trade across Turkey in medieval Seljuk times was dependent on camel trains which made stops at such inns. Caravanserais were built along roads running from Antalya – Konya – Kayseri to the land of Turkomans passing through Erzurum and Tabriz and from the Black Sea region to Iraq via Amasya – Tokat – Sivas – Malatya – Diyarbakir.

There was normally one caravanserai available in about every 28 – 32 kilometres along the ancient Silk Road route because that is about the distance camels could walk in a day.

After a fire, Sultanhani was restored and extended in 1278 by the governor Siracettin El Hasan during the reign of Giyasettin Keyhüsrev. Post expansion, it became the largest caravanserai in Turkey with an area of 4,800 square meters. Sultanhani caravanserai is built of hewn volcanic stone, and their walls are thick and high so that they would be safe from raids by bandits. 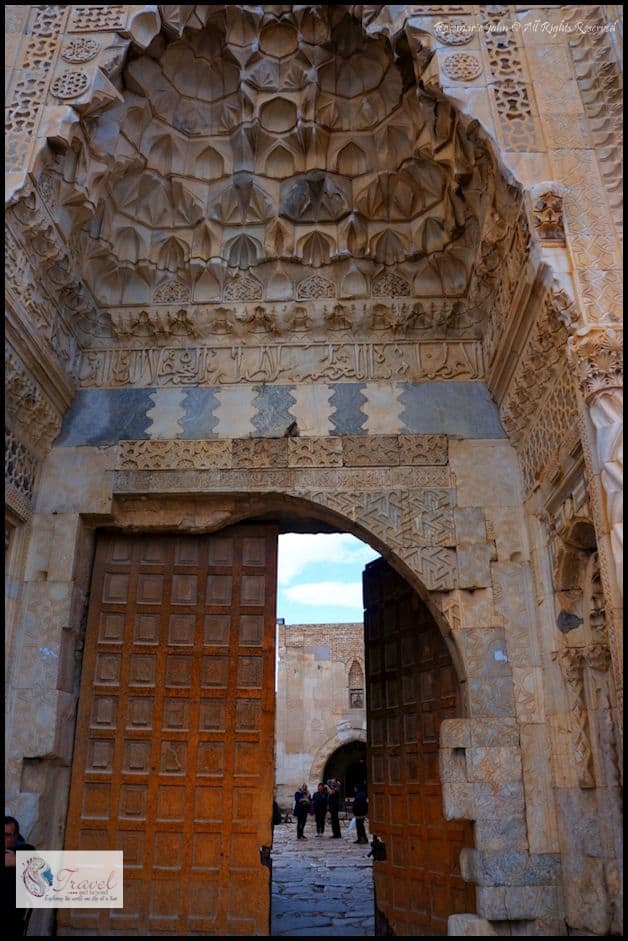 It consists of two sections, open and covered ones. The open courtyard was used in summer and the covered one was used in winter. The entrance is through a huge, geometrically decorated portal (gate) in the east. Besides this beautifully ornamented portal, there is another simple entrance that allows entry into the caravanserai on the other side. Elegant décor was always concentrated on the great portals made from marble which display the finest examples of Seljuk stone carving. 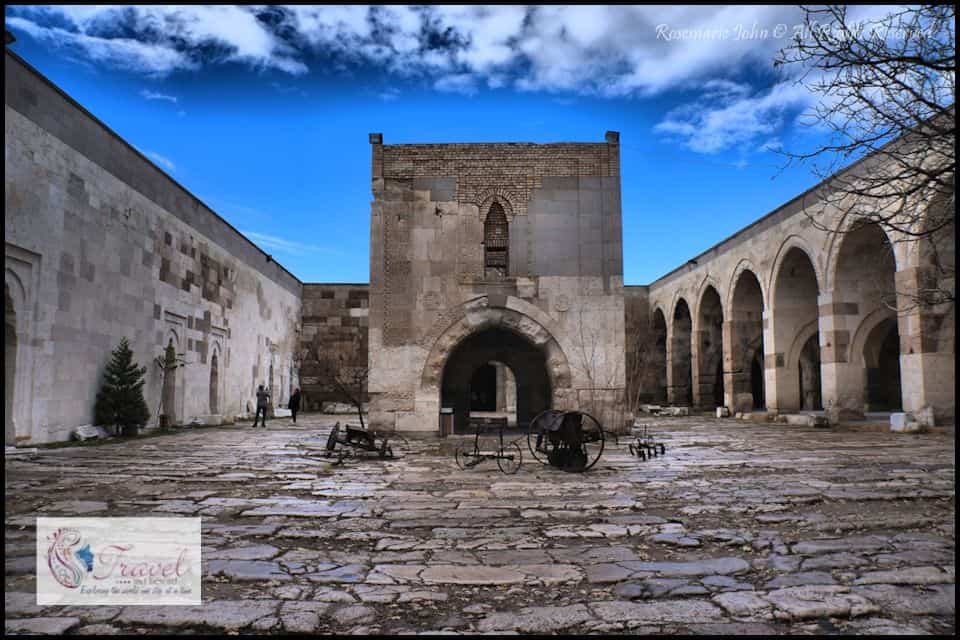 The inner courtyard with a small mosque in the middle.

A small mosque (mescit) sits in the middle of the open courtyard. You can ascend to the mescit by either side of the twin staircase on the west side. Situated around the open courtyard are rooms that served as treasury, refectory, hamam, repair shops and sleeping quarters. According to the inscription found on the portal, the architect of the caravanserai was Muhammed bin Havlan El Dimaski.

And if you’re a Game of Thrones fan, you’ll find that the only thing missing was that this caravanserai did not end at a sea front. 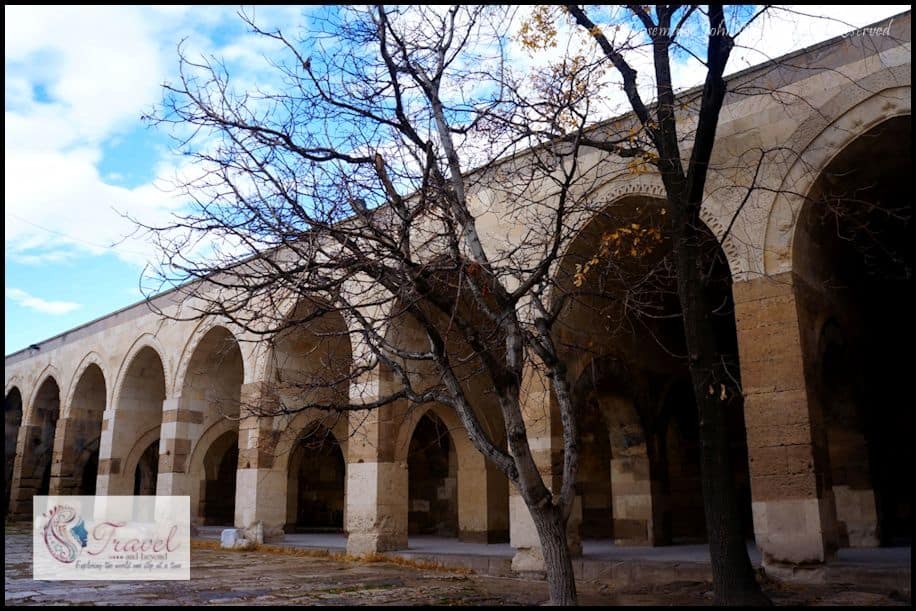 Our Turkish experience began when our tour guide picked us up from our hotel in Istanbul. We spent several days in this amazing country mesmerized by its history, culture, food, art and its people. We were greatly saddened when we had to leave its shores and promised to come back again for more. The articles that would follow are memories that would last us for a lifetime.

The caravanserai reminded me very much of one of my favourite show on TV – The Game of Thrones. Maybe the city of Qarth was inspired from many of such ancient structures. Turkey is the only country that lies on two continents. It is seeped with rich history, tales of conquerors, inspired poets and writers over many generations, vibrant culture and a centre for two of the world major religions. It will continue to inspire current and future generations for many more aeons to come.