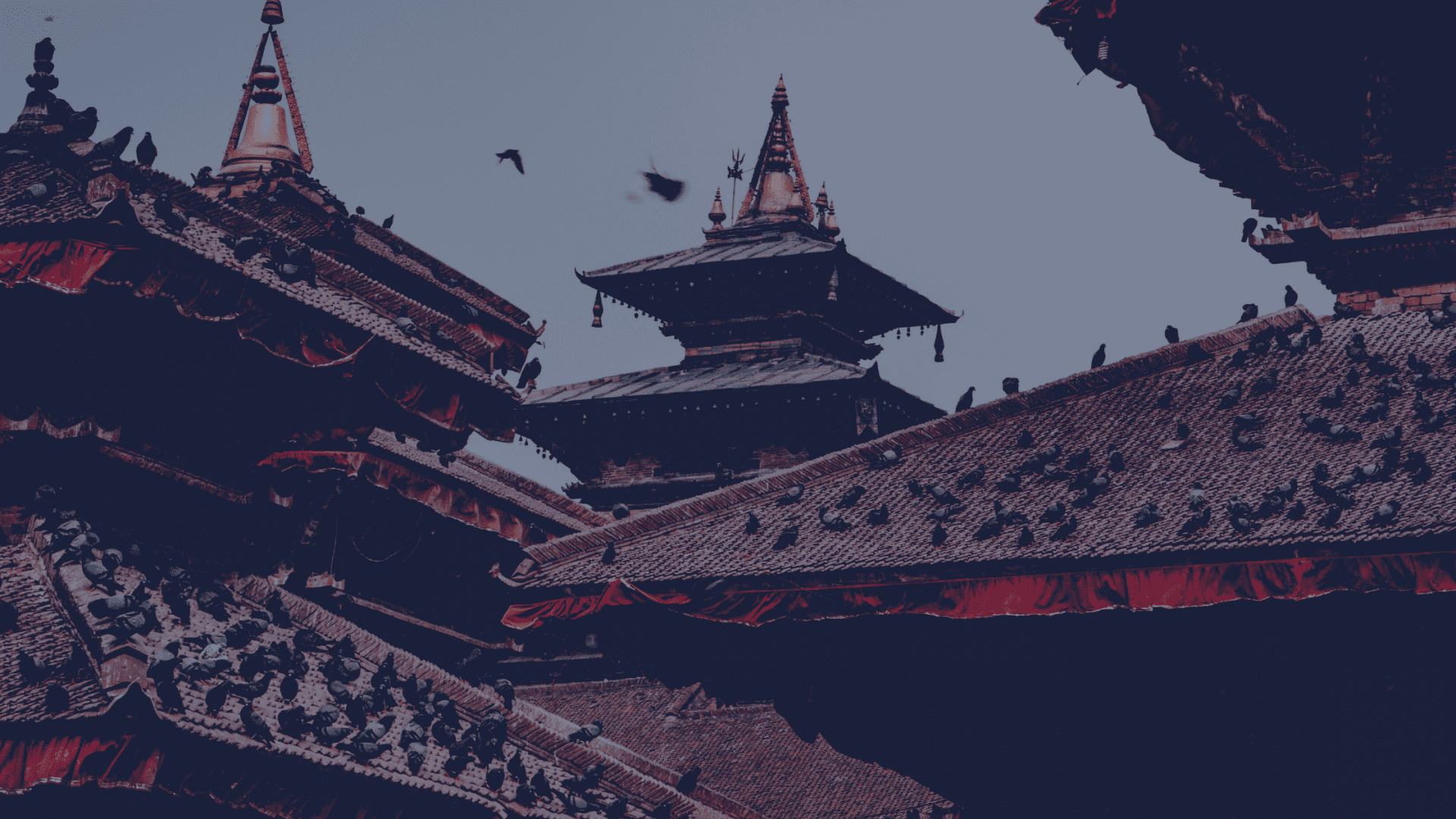 As the blistering summer ends and with winter to set in, autumn in Nepal is one of the most pleasant seasons to explore the Kathmandu Valley. With clear skies, deep green landscapes, sculptured white caps of the Himalayan Range and red brick and terracotta structures that surround the city, Kathmandu offers visitors an array of breath-taking panoramas, mystical temples, wandering sadhus and UNESCO World Heritage Sites coupled unfortunately, with the reality of a nation struggling with poverty and chaos.

Nestled amidst the magnificent peaks of the Himalayan range and at an elevation of approximately 1,400 metres in a bowl shaped valley in central Nepal, Kathmandu is a kaleidoscope of colours. Rich tapestries of crop lands, rivers and brown-thatched houses encircle the commercial areas of Thamel, Basantapur, and Boudha. The dust filled streets are bustling with activity at every turn. Touts and beggars line the touristy areas and learning to ignore them is a key element in an enjoyable trip.

For most people, Nepal invokes images of snow clad mountains and mountaineers. While that is indeed a true picture with Kathmandu itself being surrounded by four great peaks – Shivapuri, Phulchoki, Nagarjun and Chandragiri, there is a lot more to Nepal than the mountains.  It is the seat of two ancient religions of Hinduism and Buddhism and  therefore a great melting point for the two great cultures of India and China with whom it shares its borders.

This  is an ancient land caught up in the throes of modern age, trying hard to find a balance between its rich culture and the trappings of the 21st century.  Any visitor to this  great land  experiences awe and annoyance in equal measure. The rag tag airport with corrupt and inept immigration officials, chaotic traffic jams, overflowing garbage, stench of animal faeces, utter poverty and unpaved roads are the ugly side which is bound to at times outshine the beautiful.

But those with a stomach to take this into stride are in for some fascinating and thrilling experiences, for there are lots of beauty on offer in terms of landscape and the people who inhabit this land. 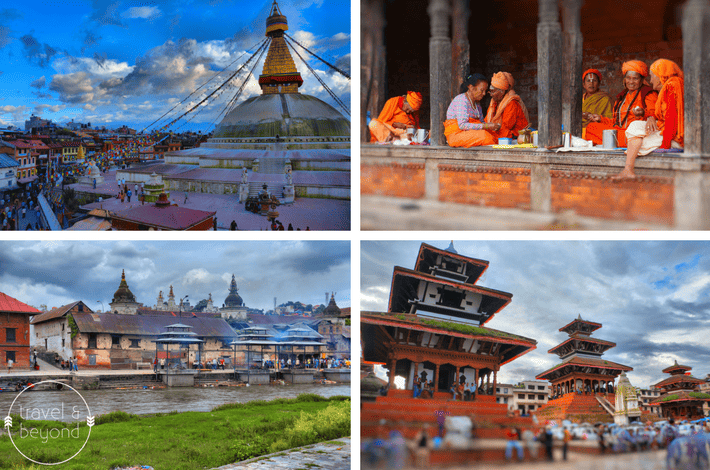 The key to enjoying Kathmandu is getting a decent accommodation. It is important to note that your hotel in more ways than one acts as your sanctuary whenever you need to take a break from the maddening crowds and snarling traffic of the city. With the exchange rate at NPR 88 to a US Dollar, one can find some pretty decent accommodation indeed.

Kathmandu struggles with electric power cuts known as power shedding on a daily basis where 12 hour power cuts is a way of life for the average Nepali.  It does not take too much imagination to visualize a power cut in the midst of a bath or while using the internet or amidst many other important things that require electricity.

A reliable hotel with a generator set will ease these problems immensely. And one of the best places to stay in Kathmandu that transports its visitors into a luxurious experience of first class accommodation is the Dwarika Hotel in Battisputali.

Located at just a 10 minute drive from the International Airport, the hotel is an amalgamation of Nepali heritage, architecture and hospitality. Dwarika Hotel also houses an extensive collection of artefacts from the 13th century onwards with its buildings and courtyards housing some of the country’s best craftsmanship, capturing the beauty and spirit of an ancient city.

With only 87 rooms in the hotel, the service you will experience is truly personalised. Their rooms are big, spacious and individually designed to immaculately mesh a contemporary lifestyle with Newari motifs and stylistic living. You can be sure to always have your power on here.

Kathmandu has three ancient Kingdoms. Do not however expect that you would be visiting huge sprawling palaces with gardens and fountains. What you see are much smaller structures located within babel of houses and human populace.

The three ancient medieval kingdoms, namely Kathmandu, Bhaktapur and Patan, previously walled fortresses known as Durbar (Palace) Squares are among the region’s revered World Heritage Sites. Home to the Malla and Shah Kings of old, these palatial squares are filled with guardian deities looking out from their sanctuaries and intricate wood carvings in every lintel, upright, tympanum, gateway and window, forming a well-orchestrated symphony of Newari architecture.

The most popular location within the Kathmandu Durbar Square is the Kumari Ghar that houses the living goddess of Kathmandu. Built in 1757, the temple is known for its magnificent carvings as well as its divine inhabitant. There is a tradition of worshipping a young pre-pubescent girl whom devotees believe is the reincarnation of the demon-slaying Hindu goddess Durga. Locals and travellers alike visit the Kumari to receive her blessings.

Any preconceived notion that bearing the title of world heritage sites would automatically have the squares clean and orderly, will fail to be true. The streets and courtyards are lined with rubbish and cow dung. The Kathmandu and Patan Durbar Squares are relatively much cleaner purely because of its focus on temples and handicrafts. Bhaktapur Durbar Square on the other hand has most of its streets converted into homes. Its streets are lined with garbage and animal droppings cover every inch of the way.

With a little bit of patience, discovering the hidden beauty of these palace squares is worth the effort if ancient architecture is of interest.  Otherwise, visiting just one of the three kingdoms should be enough for those who just want a glimpse of what it is all about. A ticket is required to be purchased before entering all three medieval kingdoms.

The highlight of a trip to Kathmandu is the opportunity to set your eyes up-close on majestic Mount Everest. Trekking to the Everest Base Camp isn’t for everybody. It requires patience, high endurance and the ability to adapt to truly basic amenities while outdoors. The mountain flight on the other hand offers passengers the ability to soak in the beauty of the snow covered peaks on a one hour flight above the Himalayas.

Board a Beechcraft 1900c pressurized twin-engine aircraft for an experience of a lifetime. Guna Airlines is one of many airlines that offer the mountain flight operating out of the Domestic Airport in Kathmandu. Tickets can be acquired online or through a travel agent. The best flight to be on is the first flight of the day that departs at 6.30am as the skies are much clearer.

As the plane reaches closer to the Himalayan range, you will be able to see a total of 20 peaks with Mount Everest or Sagarmatha as it is known to locals being peak number sixteen. Each passenger will have the opportunity to head to the cockpit to get a better view of the colossal sculptured garden of jagged white and greys. Flight tickets cost approximately USD 180. 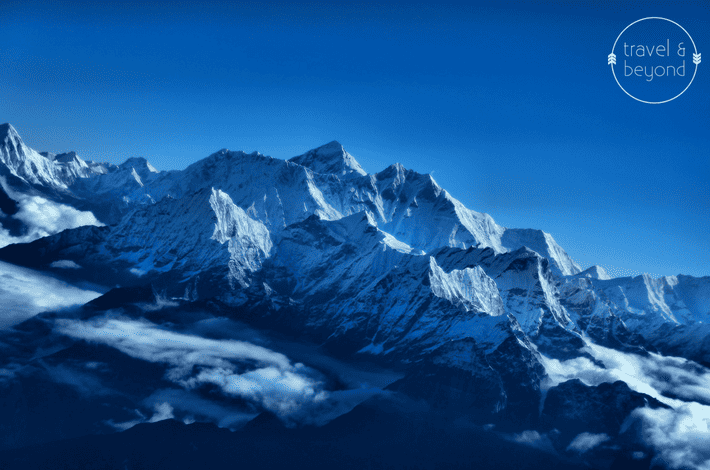 Visiting Religious Sites in the Valley

Nepal is a deeply religious place boasting 2000 year old temples.  Pashupatinath, a temple on the banks of the Baghmati River dedicated to Lord Shiva is considered the holiest Hindu pilgrimage destination in the country.  On the river banks, the Hindus cremate their dead in a place called the Arya Ghat. 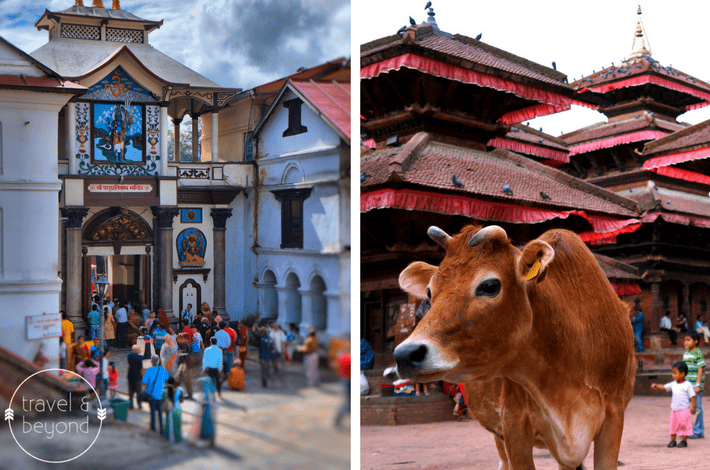 Driving up to Nagarkot

With altitudes ranging between 100 metres above sea level to the pinnacle of the Earth which is Mount Everest, Nepal is undoubtedly a vast mountainous country with many hill stations . Amongst them, located 32 kilometres east of Kathmandu is Nagarkot. Situated within the Bhaktapur District, Nagarkot is known for its scenic spots of the Himalayas when the weather is clear.

At an elevation of 2,195 metres, Nagarkot offers a panoramic view of the lush green meadows, serene hills and deep gorges.  The snow covered mountain peaks are not visible in autumn but the view is considered by some to be simply beautiful. Apart from the view, Nagarkot has nothing else to offer, hence if a few minutes of mountain scenery is what you’re looking for then a 2 hour drive from Kathmandu city will be worth it.

Renowned for their silver jewellery, copper and brass statues, felt products, hand-made paper, and traditional hand-painted Tibetan paintings, Kathmandu is a shopper’s paradise for those with a keen sense for haggling. Though Bhaktapur is known for pottery and Patan is known for woodwork and carpets, Thamel is a one-stop-shop for all items found throughout Nepal.  But what makes shopping in Thamel so unique is the experience of shopping in the dark.

With constant extended power cuts, the locals carry on business as usual, unfazed and busy ushering you into their stores that sit in complete darkness.  The shops in Thamel are often narrow, long and without windows hence making it very difficult to shop. If luck is on your side, what you want might just be on display outside the shop.

Beware of counterfeits! It’s important that you are able to spot the difference especially if you are to buy silver jewellery, semi-precious stones and brass items. Thamel offers great buys at great prices, but remember that the finished product is not necessarily of top quality. Walking the maze of Thamel’s streets with its many pot holes and dangerously dangling power lines can be a daunting affair.  But a visit here nonetheless makes the Kathmandu Valley experience complete.

Kathmandu is an ancient city which offers a symbiosis of Hinduism, Buddhism and Tantrism. Its ancient kingdoms, temples and courtyards over hundreds of years have shaped the imagination of many a visitor, be it a poet, a writer or a commoner. The city grips you and shakes your soul.  It may shake you spiritually or perhaps change your social opinion but you will depart from it with some deep impression indeed.