Why Kuşadası Holds a Special Place in Our Hearts 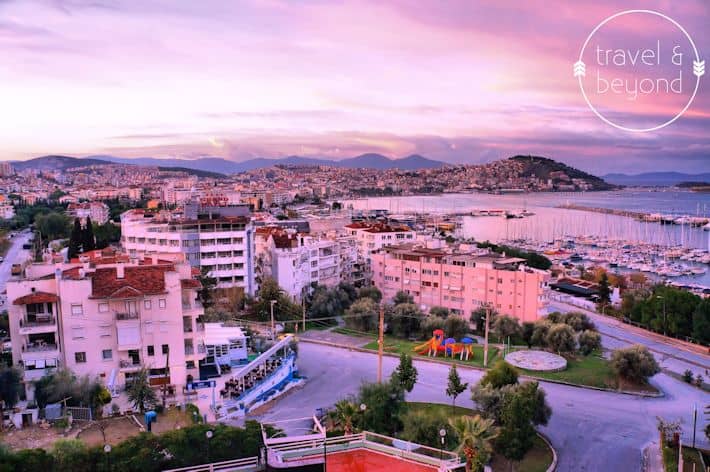 It was our sixth day touring Turkey and we arrived in the sleepy town of Kuşadası, a coastal resort town in the Aydin province of the Aegean west coast. Yes, I say sleepy cause we were travelling around Turkey during winter and though Kuşadası is the fourth busiest cruise port among the Mediterranean cruise liners, you will have the place all to yourself during winter.

Best of all, it is the gateway to Ephesus, an ancient city we would return to in a heartbeat. It is also a short distance (approximately 27 kilometres) away from House of the Virgin Mary and St John’s Basilica.

Many times people often ask us what our best travel moment was.This is what we say…

“Every time we travel, we are elated. To single one best moment is like searching a haystack of great memories for a single needle of immense euphoria. As we sift through memories, there appears one place. That one moment that moved our souls. That rapturous moment was at the House of Mary in Ephesus, Turkey. It was a simple house set amongst pines. There was no architectural splendour about it. No vendors or touts hustling to sell you something. It stood there alone in serenity and beatitude. Our minds whirled at the thought of a woman who commands immense and undying respect of both Christianity and Islam and yet there is no grandeur about the place where she lived after she lost her son. The sheer simplicity and the intense serenity of the place moved our very being.  We could have hung around there for hours, not for performing some holy penance but just to experience peace. It was in the sanctuary of this place that we discovered our best travel moment.”

While we didn’t get to indulge in any shopping in Kuşadası, since nothing is open when the cruise ships don’t dock, we enjoyed just walking the streets watching children playing in the school yard, locals chatting away on wooden benches and a whole lot of birds flying above us. 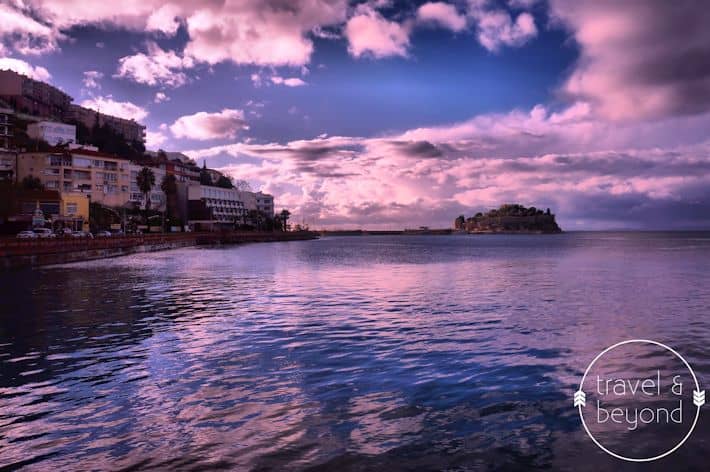 Guvercin Adası or “Pigeon Island” in the distance. This strategically located, fortified castle was built to protect the Ottoman Empire’s valuable ocean-going trade, which was vulnerable to attack from pirates, including the infamous pirate Barbarossa. The fortress also defended the town from attack from the sea. Unfortunately, the fortress is usually locked, but don’t let that stop you from taking a stroll over. 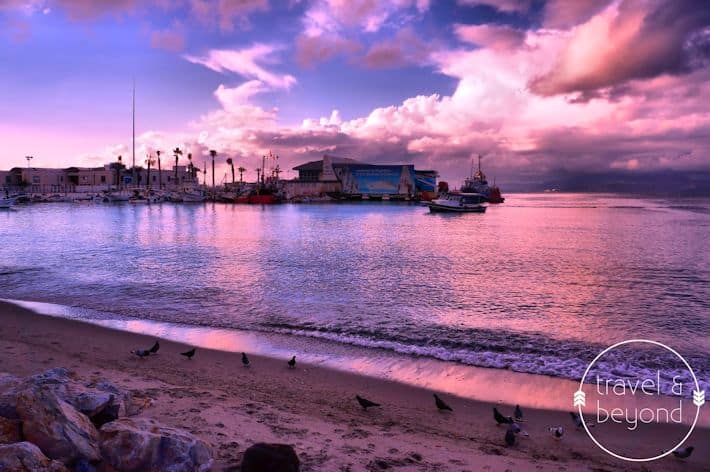 Fishing and sail boats at the harbour 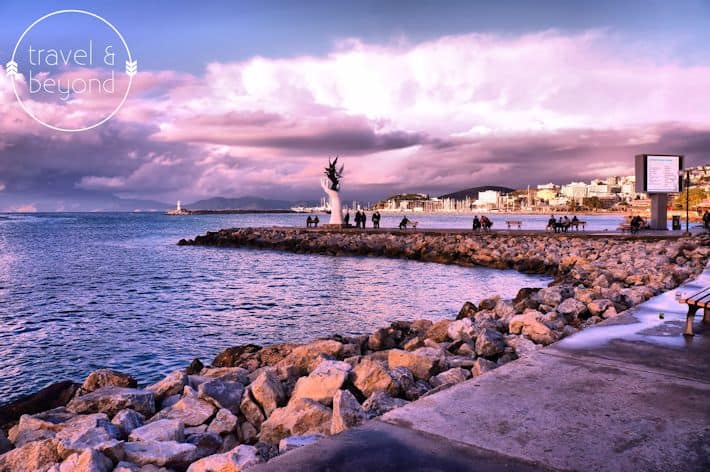 For a detailed account on where we went from Kuşadası, click Walking Down Curetes Street – Ephesus and House of the Virgin Mary.