Have you ever gone somewhere to do something and end up doing something else? We sure did.

We took the Metro down to Chatuchak Weekend Market for some shopping, but after some 45 minutes of walking through the maze like alleys ways of the market in extreme humidity, we lost all yearning to shop. As we stumbled out of a crowded narrow alley we found ourselves in Section 8 that had a rather animated Spanish chef cooking a paella in a typical paella pan called a paellera. It had chicken, pork, mussels and vegetables in it and looked so good!

A delicious paella cart in front of a stall selling spiced grasshoppers in jars was something I least expected. But hey, this is Bangkok after all. I ordered up a plate and tucked into it as we sat on wood trunks for stools in an extremely crowded Bar called Viva 8. As the bar faced a road, it had wind pass through it making it much more bearable than the cramped alleys way we had earlier gone through.

Where in your travels (apart from Spain) have you eaten paella? 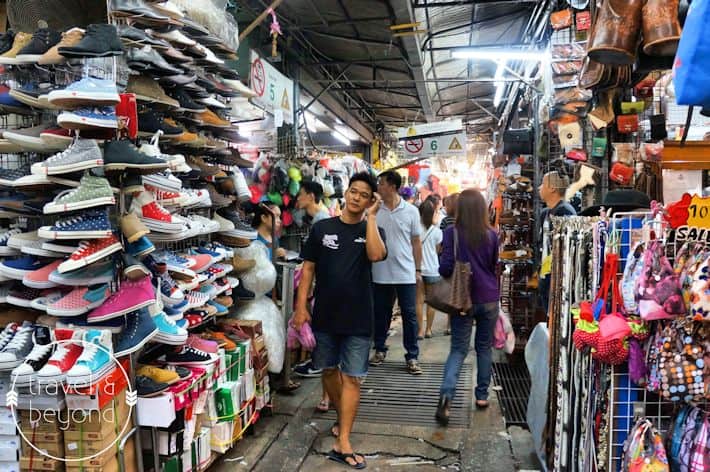 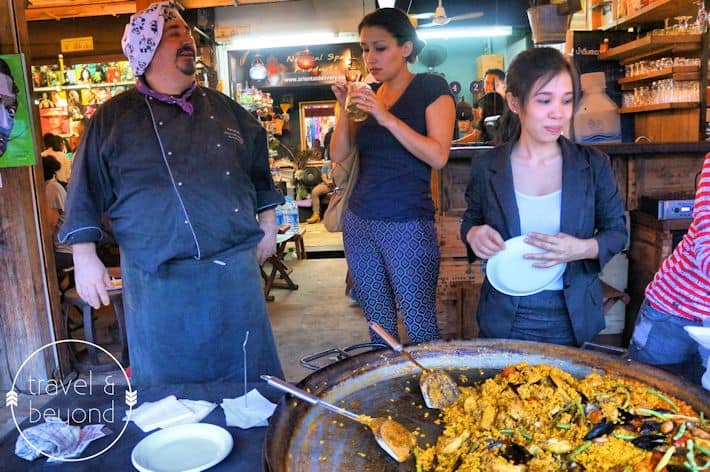 A huge paellera outside Viva 8 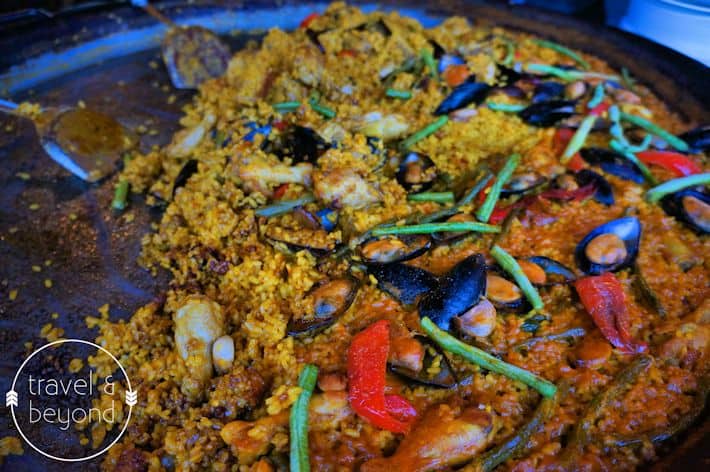 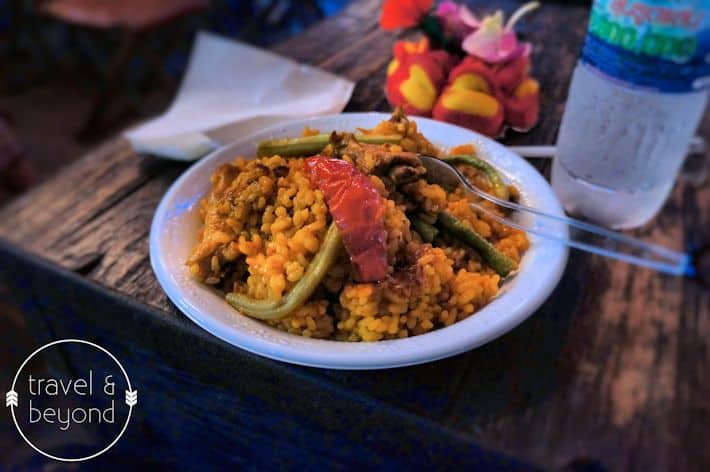