Nepal conjures up the images of snow clad Himalayas, of trekking and mountain climbing, but very few know about its eclectic cuisine. Nepalese food is a gastronomic experience with not only a culture of its own, but also an amalgamation of Tibetan, Chinese and Indian flavours. So we were absolutely delighted to learn that The Hungry Buddha was opening in our own backyard in Canberra – Belconnen.

Owner and former public servant, Lacchu Thapa, says that opening a restaurant had always been on his mind. “Launching a second restaurant in Belconnen after establishing ourselves in Curtin has been surreal. I wanted to bring a piece of Nepal through its food to Australia.” he added.

Opening its doors to the public on 21 October 2016 and dressed in earthy green, rust and brown tones, The Hungry Buddha features a mix of local Nepalese dishes and both South Asian and South East Asian delicacies too. “When we first bought our restaurant space in Curtin, if was originally an Indian restaurant, hence the decision to keep a few Indian dishes on the menu,” said Thapa.

While Nepal may share borders with India and at a cursory glance its cuisine may seem that it is inspired from Indian cuisine, there are some vital differences. Nepalese dishes feature tomato based curries which are spiced with piquant herbs like garlic, ginger, cumin, coriander, fenugreek, jimmu or jimbu (a dried herb that taste similar to onions and chives) and timur (commonly known as Sichuan pepper) that provides heat and a lemony overtone. You would notice the difference in taste straight away when you dine at The Hungry Buddha.

“Jimmu is usually fried in ghee or oil to develop their flavour,” said Thapa. From our travels in Nepal, we found that this aromatic grass that resembles chives is sometimes used as a garnish as well, while finely ground timur is often combined with garam masala and other aromatics. “You will notice that our dishes are not made with cream,” he adds.

With a sensitive palate you’d be able to distinguish the subtle flavour of timur used in Golbheda Ko Aachar, a homemade tomato pickle/chutney that is served with Momos or can be ordered separately as a dish accompaniment.

Momos. They were soft and light, it was a perfect way to start our meal and it went well with the tomato chutney. It isn’t a heavy dish so there’s room to savour your mains. Momo’s are said to have originated from Tibet and were originally a dish where buffalo meat was used as filling instead of chicken or goat.

Our next appetiser was Makkai Fry, corn kernels sautéed with onions, ginger, garlic and timur. I usually don’t fancy eating corn, but I found myself surprisingly taken to this dish. I was intrigued by its flavours; there was a lovely savoury after-taste that lingered. 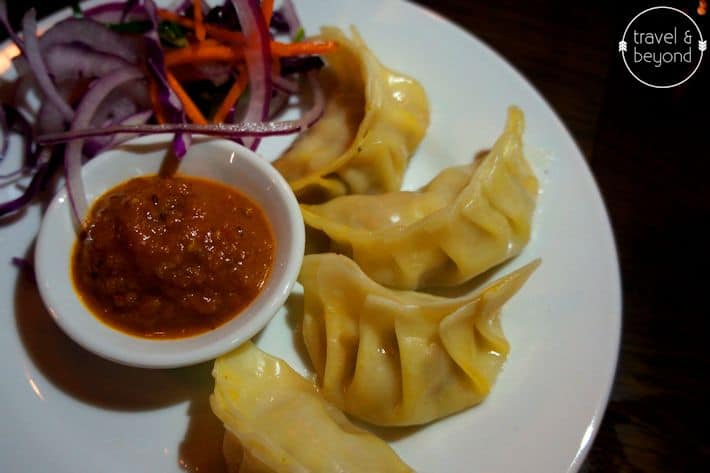 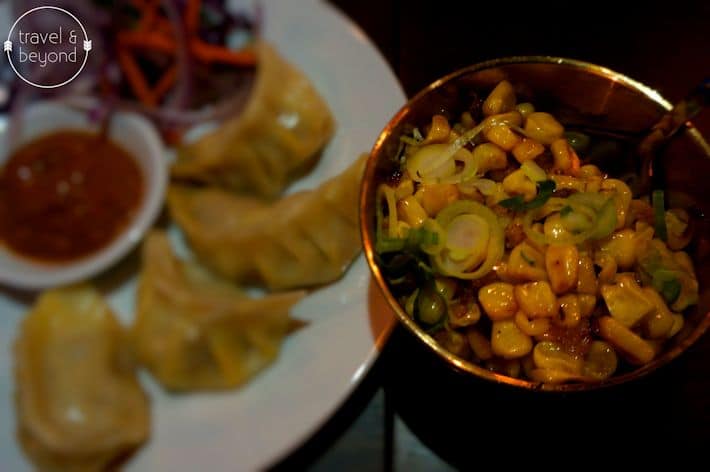 A standard Nepalese meal is a dish called Dal Bhat (steamed rice and lentil gravy/soup) found everywhere across the county and at The Hungry Buddha as well. It is served with a choice of meat together with a vegetable dish (Tarkari), pickle and papad. If you’ve never been to Nepal, or never had Nepalese food, this may be your best option to savour a traditional Nepalese meal.

We skipped this and went straight to tasting dishes separately.

First up, Bheda Ko Masu which was boneless lamb cooked with tomatoes, coriander, bay leaves and Nepalese aromatics. Bheda in Nepalese means lamb and this is where cultural amalgamation shines through as lamb isn’t common in Nepal, at least not when I travelled there. Goat is more prevalent, and it was lovely to have lamb as an option as well. The gravy was thick and coated each spoonful of rice deliciously. I’ve always preferred thicker gravies to lighter ones and this dish was a perfect brown, almost russet in colour showcasing the use of coriander and tomatoes. 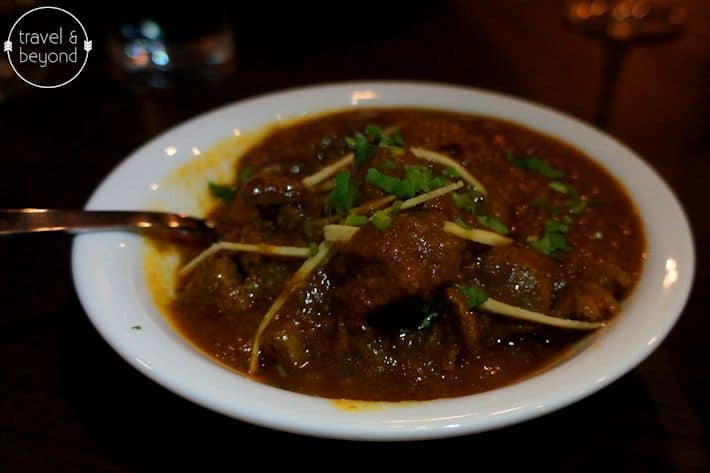 Jhaneko Daal was a lovely dish to savour. Flambéed with cumin, coriander and chilli, the dish is also cooked with Himalayan aromatics and tempered with jimmu. This is where I found a vast difference between Indian and Nepalese cooking, perhaps it’s the taste of jimmu that’s changes it up. I was hooked. I definitely need to get my hands on some jimmu of my own. 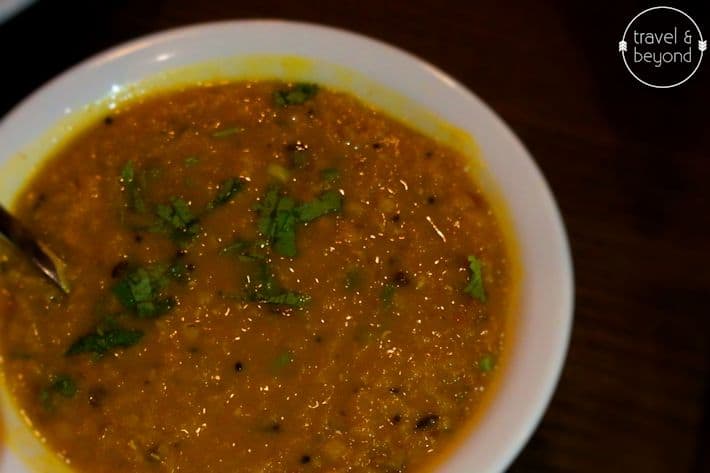 The dish of the night was Khasi Ko Masu. This was village style curry made with tender goat enriched with the flavours of fenugreek, cinnamon, tomatoes, coriander, bay leaves, ginger and garlic. Goat and Nepal for me, is a synonym, and it was a delightful dish. The flavour of spices came through with each bite and unlike Indian goat dishes; this was made with less than seven ingredients. I enjoyed that this dish was made with meat on the bone, making the gravy much more flavourful. Khasi Ko Masu is a famous specialty of Nepal and having it last night, took me back to the hills and valleys of Kathmandu and her eclectic cuisine. 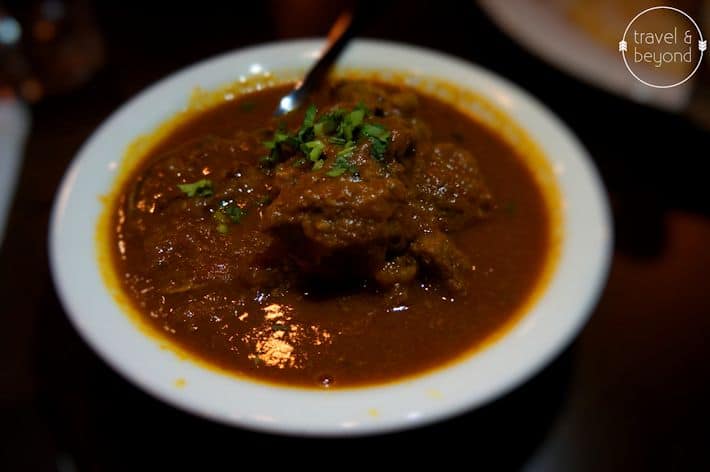 Open daily for dinner, The Hungry Buddha is located at 8/9 Luxton Street, Belconnen.

Travel and Beyond were guests at The Hungry Buddha. All opinions are our own.