With a couple of friends in tow, we planned an impromptu night out in search of spicy Malaysian food. We soon found ourselves at Spices of Melacca, an unpretentious restaurant tucked away in the suburb of Mawson, Woden. With such wonderful cold weather, (yes, I love the chill) we poured over the menu and zeroed in on Asam Fish, Shandong Chicken, Nasi Goreng, Omelette with Sambal, Okra Belacan and Hokkien Vegetables.

But isn’t Shandong Chicken a part of Chinese cuisine? Yes, it is. So how can it be a Malaysian dish? The answer lies in Malaysian history as the country has long been influenced by early settlers from China and India, the Portuguese invasion, British colonisation and neighbouring nations. Melacca or Malacca in particular, was one of Southeast Asia’s greatest trading ports of the 15th century for Indian, Arab, and European merchants to replenish their food supplies and obtain fresh water. The port not only brought in a diverse spice trade but also was a melting pot where various cultures infused. It most certainly found itself into the crafting of Malaysia’s unique cuisine.

As we perused the menu at Spices of Melacca, we were delighted to see several Peranakan themed dishes. Peranakan or Baba Nyonya is a style of cooking that extensively incorporates the use of chilli, turmeric, galangal, lemongrass, aromatic leaves, palm sugar, coconut milk, tamarind, lime, belacan and spices—creating rich, aromatic dishes.

Ok, that’s enough of history and back to the food. Asam Fish was the first to arrive, its enticing aroma set the taste buds tingling in delight. The flavour is a combination of sour and spice, the fish used is generally an oily fish such as mackerel. The fish is dusted in turmeric-laced flour then fried and added to the sauce cooked with vegetables. In my opinion, the only way to eat Asam Fish is with steaming white rice and it was a lovely curtain raiser to the night’s feast ahead!

Next up was Okra Belacan (fermented shrimp paste). It was such a simple dish but so flavourful and redolent. I wouldn’t mind just sitting and chowing down on a huge bowl of okra (or what I call “ladies fingers”) if I could, all by myself.

After okra was Shandong Chicken. The crispy chicken skin in smoky vinegar sauce was delightfully succulent and mouth-watering. While the Hokkien Vegetables was a bit under-whelming, our order of spicy Nasi Goreng and Omelette with a dollop of sambal was herbaceous and an absolute hit!

Helming the Spices of Melacca kitchen is Robert, a passionate and gregarious Chef with many a regaling tale to tell. Robert’s passion for cooking has brought him out of retirement to once again bring authentic Malaysian flavours to the discerning palate. He spoke to us about his halcyon days as an entertainer—singing and performing magic tricks around the world. He suddenly burst into song that took us by surprise. He sang wonderfully and performed a magic trick or two for as we enjoyed his delicious food. One of his magic tricks had us talking about it the entire journey home.

Dining is a multisensory experience and our night at Spices of Melacca featuring Peranakan and Chinese dishes was a fantastic night to remember. 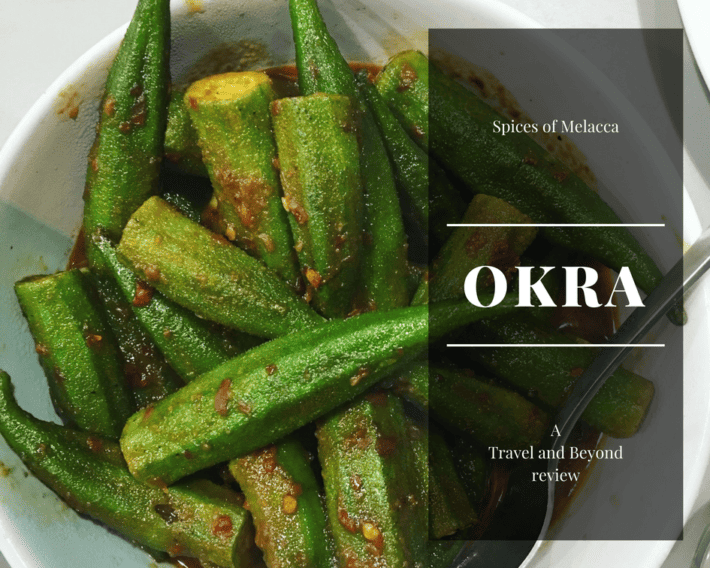 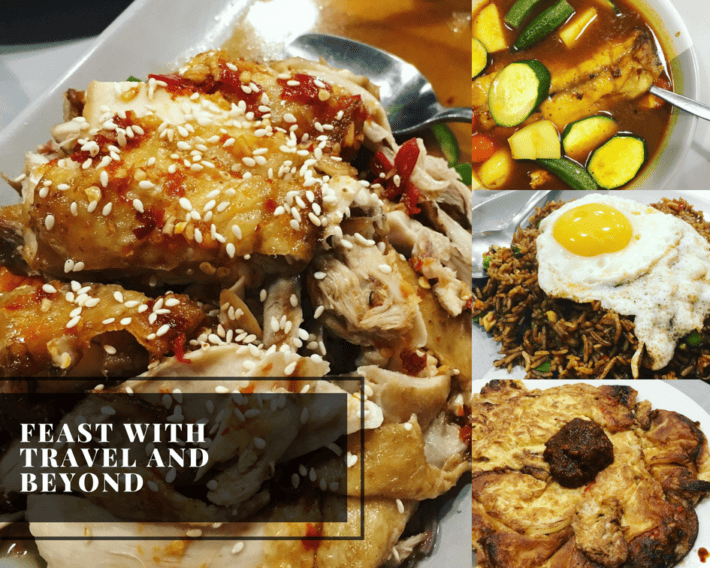