Inside Singapore’s Oldest Mosque during Ramadan 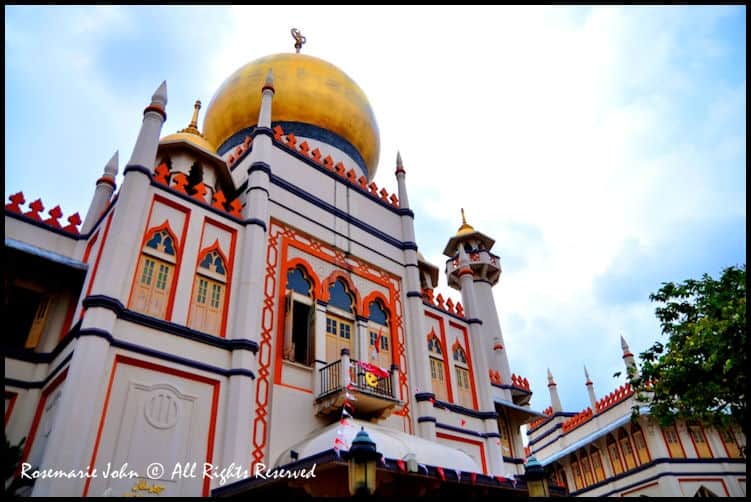 Grand prayer halls, minarets,  balustrades and elaborate domes are common in mosques all over the world. What makes one mosque different from another is the story of their beginnings and the uniqueness of their architecture. With golden onion domes, slim minarets and a white outer structure with orange pipping,  The Sultan Mosque in Singapore has a long history that dates back to 1824. 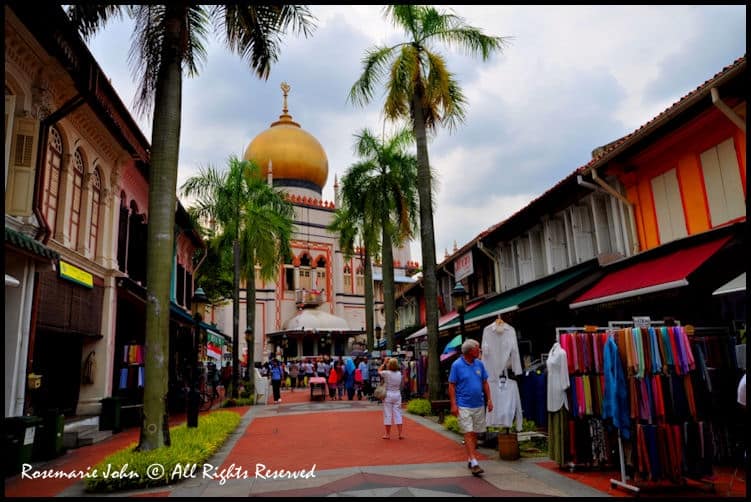 Cosily nestled in the centre of Kampong Glam, a Malay heritage district, the Sultan Mosque has come a long way since its makeover some 83 years ago. From its humble beginnings as a single storey mosque with a distinct Javanese-Oriental architectural style with a three-tier roof, the mosque today exuberates a two-storey building with a Saracenic Mogul-Indian architecture designed by an Irishman named Denis Santry of Swan and Maclaren Architects, Singapore’s oldest architectural firm. 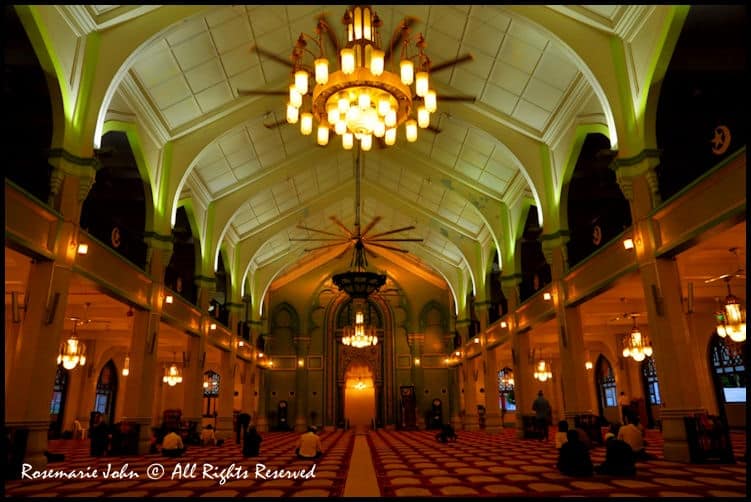 Located at the intersection of North Bridge Road and Arab Street, the original mosque was partially funded by the Sultan of Johore-Riau-Lingga and Pahang (Sultan Hussein) along with the East India Company as part of their terms in leaving Kampong Glam to the Sultan in return for sovereign rights to Singapore.

In 1879 the descendents of Sultan Hussein handed over the mosque to a Board of Trustees comprising of five Muslim leaders which then changed to a new Board comprising of Muslims from six ethnic backgrounds that were made up of Tamils, North Indians, Javanese, Malays, Bugis and Arabs. 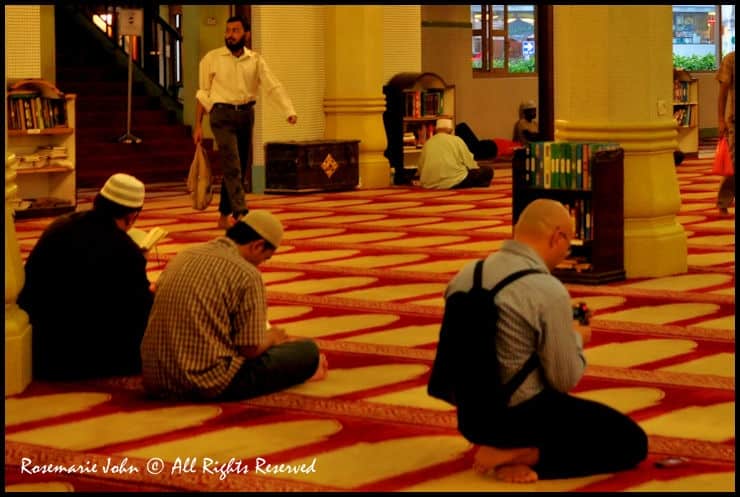 With the commissioning of the new mosque, North Bridge Road was then extended while Jalan Sultan was diverted to provide the required space. Costing S$100,000, the construction of the mosque was funded by Muslim merchants, philanthropists and the local community. 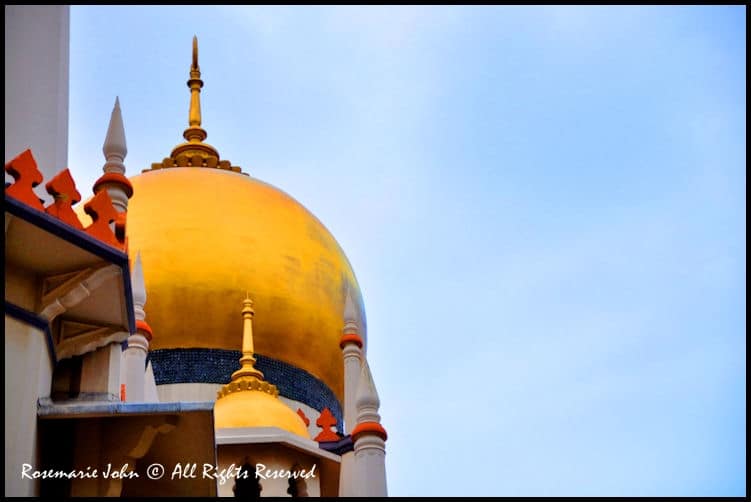 Taking approximately four years to build with its completion in 1928, the new Sultan Mosque  incorporated higher ceilings for natural ventilation with crescent moon and stars on top of the domes, cupola style.  A unique feature of the mosque is the springing of domes from bases formed by many black coloured soya sauce glass bottles. Accommodating 5000 worshippers at a time, a four-storey administrative building and auditorium was then further constructed in 1993.

Visiting the mosque is a great way to learn and understand the religion, culture and the diverse ethnic groups that  make up the Muslim Singaporeans today. One of the best times to do this, is during the holy month of Ramadan. 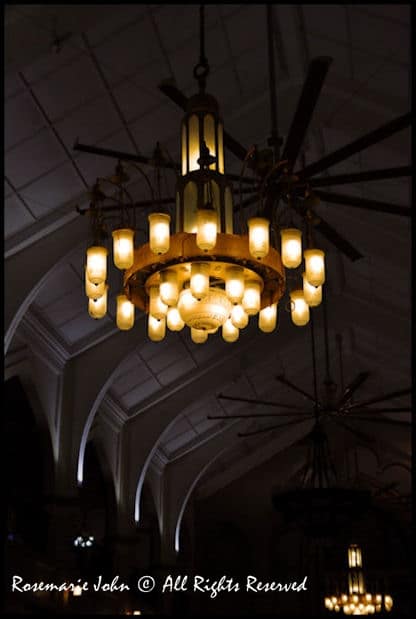 Ramadan in Muslim faith is the the month in which the Angel Gabriel revealed the holy Quran (religious text of Islam) to the Prophet Muhammed. Lasting 29 to 30 days in the ninth month of the Islamic calendar, Muslim’s refrain from eating, drinking, smoking and sexual intercourse during daylight bringing forth the virtues of patience, spirituality, humility and submissiveness to God.

It is also during this month that Muslim’s believe that every good and beneficial action is spiritually multiplied. Fasting ends at sunset each day and the entire fasting month ends with the celebration of Eid-ul-Fitr, a day of celebration and gratitude. 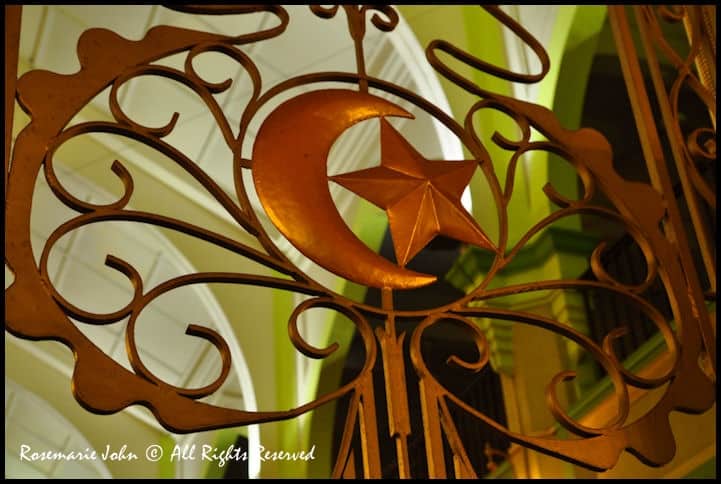 The Sultan Mosque welcomes visitors to break fast with them every Monday, Tuesday and Thursday in an event called Ramadan Trails. This invitation is usually combined with a tour of the mosque and an informational presentation on Ramadan from 6.15pm to 7.20pm. If you are ever in Singapore during this holy month, it is advised to register yourself for the Ramadan Trails at the mosque between 9am to 4pm.

Like most mosques, Sultan mosque does not allow for visitors to enter in shorts, sleeveless clothing, miniskirts or anything that reveals a lot of skin. Walking around sunny Singapore all covered up can be quite difficult when you’re out all day in a hot and humid environment. Considering this situation, visitors can opt to use cloaks provided by the mosque free of charge that you will find hanging on the left as you walk up the stairs. 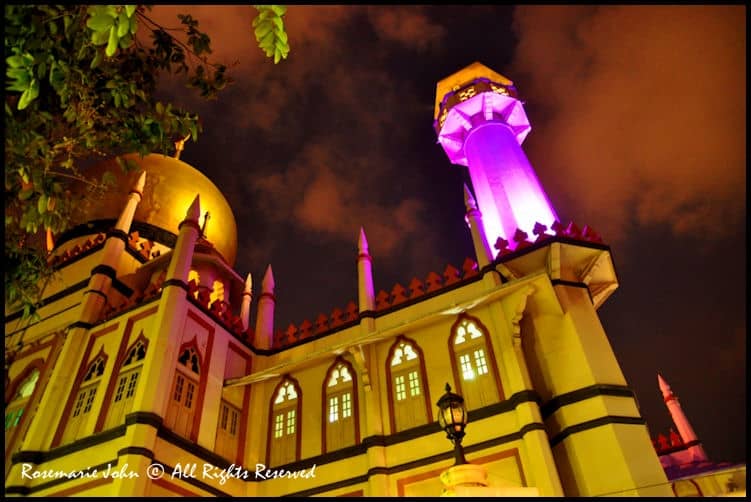 Entering the mosque as a non-Muslim is only allowed if you are accompanied by a docent. Sultan Mosque has multi-lingual docents ranging from English and Malay to Japanese and Chinese native speakers. Photography is allowed, however for videography, tourist will need to obtain prior approval. Footwear is to be removed before entering the mosque and visitors are only allowed to enter via the Main Entrance that faces the Bussorah Mall. 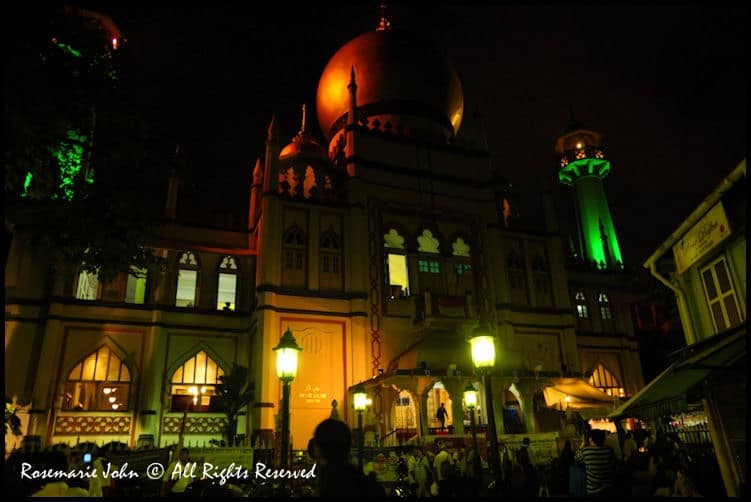