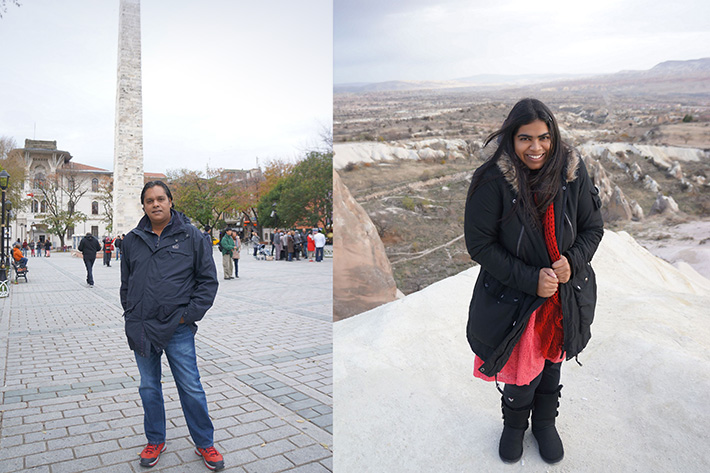 Portraying a kaleidoscope of all things travel related mixed with just the right dosage of history and culture, Travel and Beyond is a blog written by travel writing couple Joseph Ellis and Rosemarie John, a former Aerospace and Defence Journalist.

They are travel enthusiasts (albeit COVID-19 putting a hold on that activity) who try to squeeze in an adventure any chance they get. While their professional lives have taken precedence and they haven’t blogged as much as they’d hope, Joseph and Rosemarie aim to change that when border restrictions are lifted.

In the past eight years old, Travel and Beyond has won the 2019 Best Travel Blog and the prestigious Media Award in Canberra, Australia. The award was presented at the ACT Multicultural Awards ceremony by Minister of Multicultural Affairs, Rachel Stephen-Smith.

Catering to travel aficionados who share their passion to discover the world, Travel and Beyond has also been nominated by the Singapore Blog Awards 2012, 2013, 2014 and 2015 in the Top 10 Travel Blogs category, and has a growing track record in ranking and online presence.

Apart from being a Marina Bay AmBAYssador in Singapore, Rosemarie was also selected as the Official Blogger for “iLight Marina Bay 2012”, featured in the “Loving Marina Bay Photography Exhibition 2012” and also currently a Changi Airport Ambassador.

In 2015, Travel and Beyond represented Canberra in the world’s first #24hPeriscope Project with Skyscanner where 24 accomplished bloggers featured their current location in a 24 hour time frame using the Periscope app.

Travel and Beyond has also been selected for preservation by the National Library of Australia and listed as a resource on Trove. Trove helps you find and use resources relating to Australia. It’s more than a search engine. Trove brings together content from libraries, museums, archives and other research organisations and gives you tools to explore and build. Best of all, Trove is yours, created and maintained by the National Library of Australia.

While working with numerous tourist boards and tour operators along with their coverage on Travel and Beyond, Rosemarie and Joseph have produced positive results in promoting a brand/destination through their writings, photography and social media influence.

Rosemarie and Joseph are available for professional travel writing services. Rosemarie’s work has appeared in Aerospace Singapore, The Jakarta Post, The New Straits Times and other publications. Travel and Beyond has also been featured in CNN, National Geographic, The Heat, Wanderlust Magazine, Tripoto and VisitCanberra.

For more information on our work with print and online media, click here >

Travel and Beyond serves as an excellent medium for advertisers who wish to promote their travel products or services through blog posts and social media platforms. We are continuously on the look out for working with tourism boards, travel agencies and PR companies who specifically deal with the travel industry.

This site uses Akismet to reduce spam. Learn how your comment data is processed.