The Joy of Kite Flying 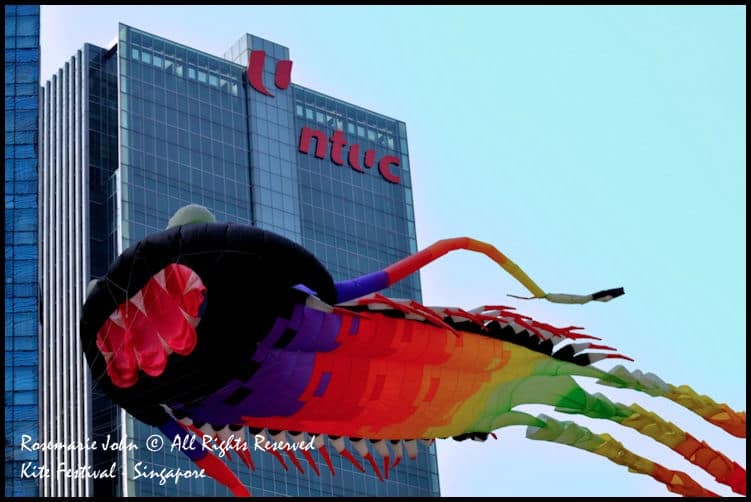 The NTUC Income Kite Festival 2011 in Singapore presented by act3 International was held at The Promotory at Marina Bay, a weekend event themed with fun. It featured traditional and professional kite flyers while also providing room for everyday folk to come out and experience what it is like to fly a kite of your own. The obvious flavour of the festival were Angry Birds kites.

For those of you who have no idea what Angry Birds are, here’s a brief intro. Angry Birds is a video game created by Rovio Mobile for Apple iPhones with the goal of launching birds at pigs stationed on or within various structures using a slingshot. With the game going viral all over the world and with both children and adults addicted to its quirky graphics and play, its not surprising why the majority of kites in the Singapore skyline were filled with blue, red and yellow angry birds! 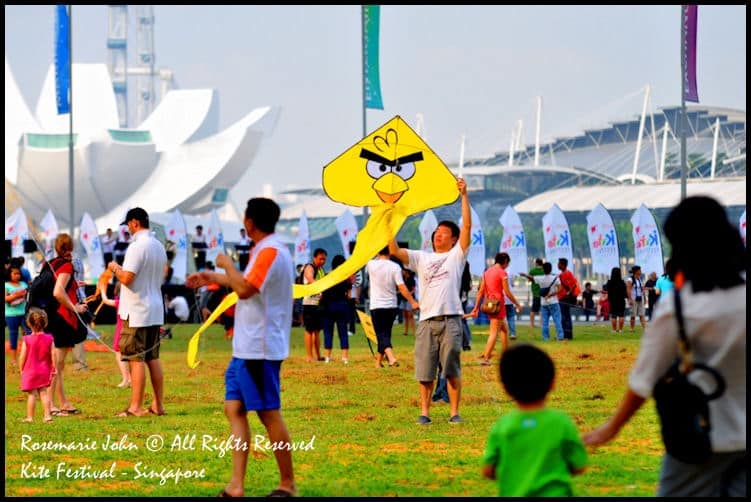 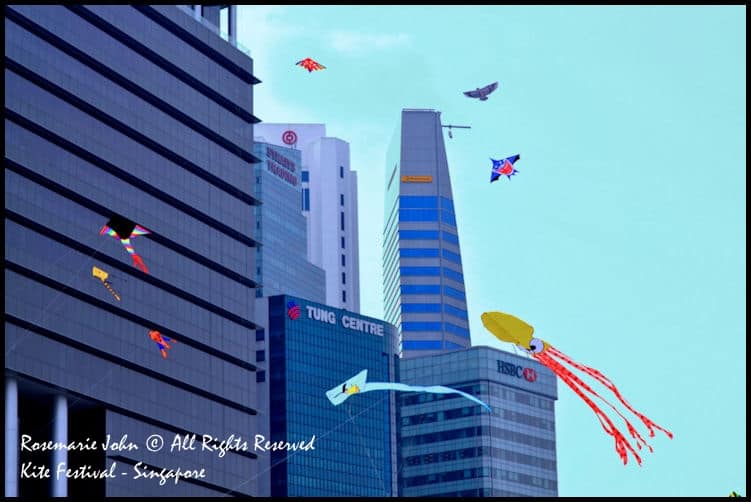 It is very interesting to see how an ancient tradition that dates back thousands of years is still so fresh and vibrant today. Invented by the Chinese as far back as 200 B.C, kites were used for signalling at distance and then later on used during religious ceremonies, warfare and entertainment. Traditional kites back then were made of wood and cloth. Paper only came into the equation sometime around 105 A.D when it was first introduced by the Han Dynasty.

Kite making and its importance in cultural heritage soon spread across Asia and eventually to Europe. Most kites require tails for stability, while modern commercial kites are usually made in such a way that no tail is required. However, the beauty of kite watching is also exuberated by the length of the kite’s tail added with the factors of colour, design and length. 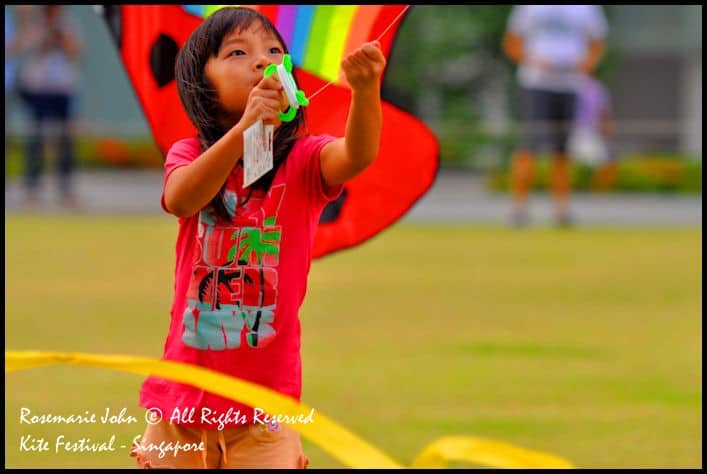 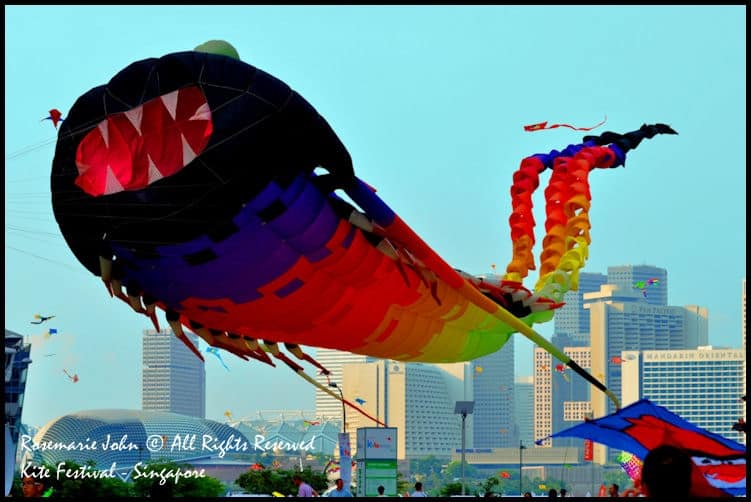 Held on 3rd and 4th September from 4pm-8pm, the Marina Bay area was a festival of colours and a flurry of activity. Many people brought mats to lay on the grass and payments to watch these paper and nylon kites take to flight. The most obvious and stand out kite was that of a colourful whale manned by a professional from Indonesia.

Children cycling around, food vendors selling ice cream and pizzas with both locals and tourist exploring the kite festival, The Promotory and The Lawn at Marina Bay were filled with joy and excitement! 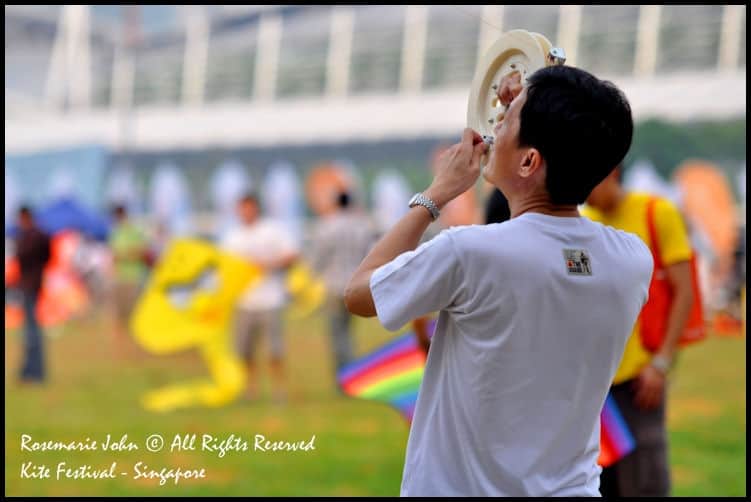 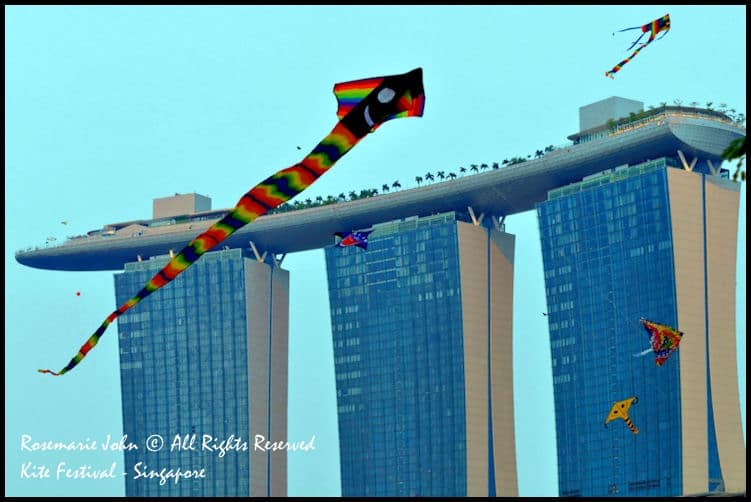 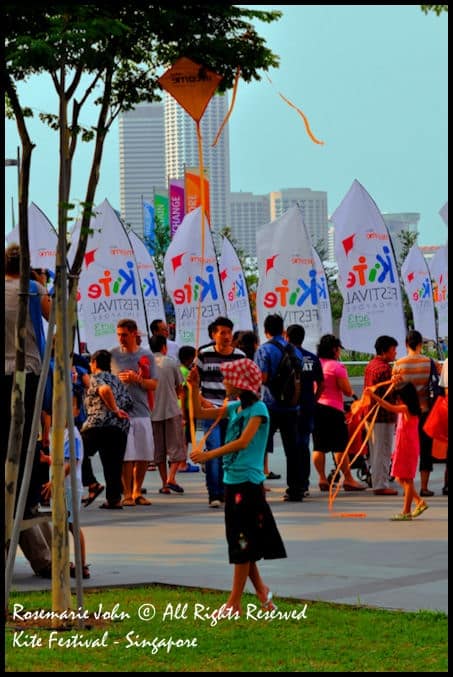 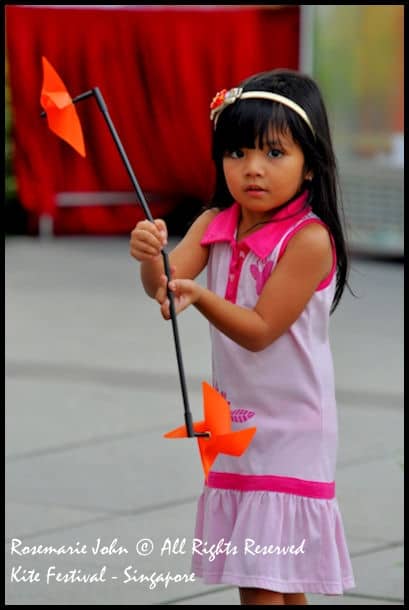 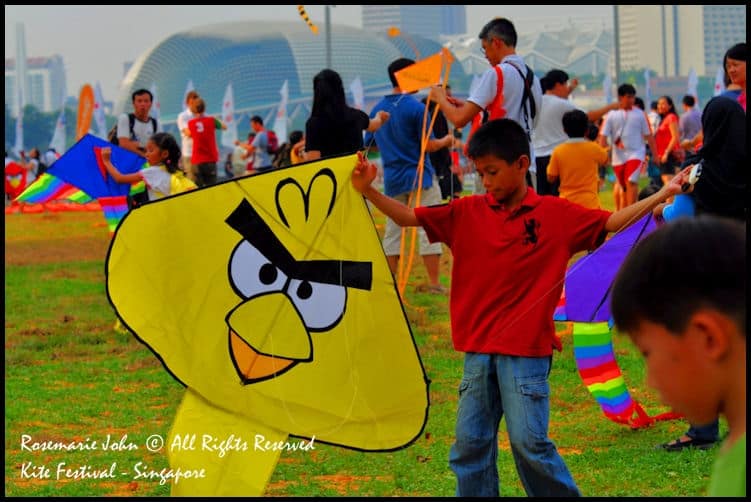 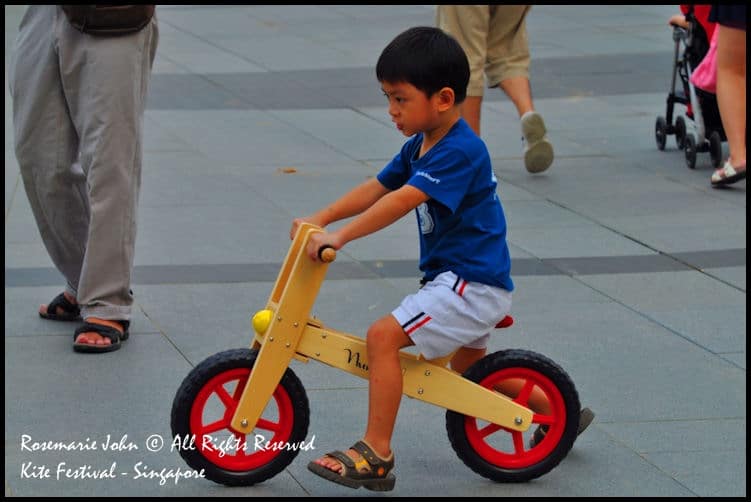 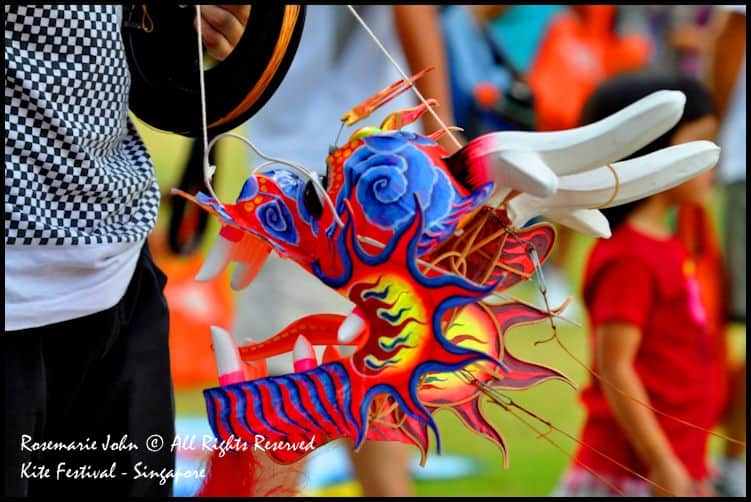 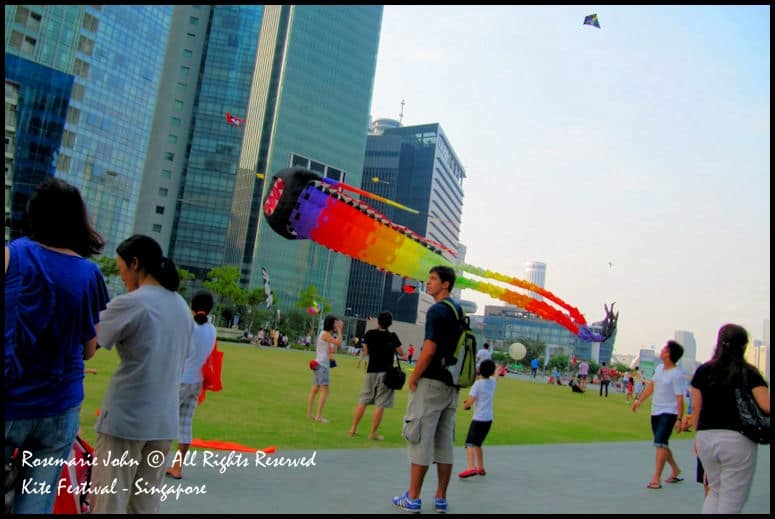