The Purifying Waters of Thirtha Empul 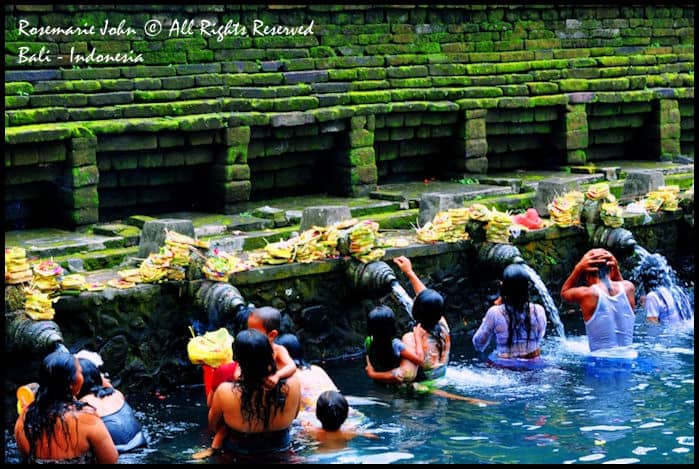 With sacred springs and pools of purification, Tirtha Empul’s water is said to be holy and possess magical healing elements. Founded in the 10th century and constructed on a site of a large natural spring, the temple was built by the Warmadewa Dynasty in 926A.D. The Balinese people believe it to be a creation of Lord Indra, the God of rainfall, while its streams and waterfalls are said to represent the Ganges of India. This Hindu Temple has two square ponds that features seven fountains facing south aligned from east to west. Located in the village of Tampak Siring in Gianyar, worshippers make their offerings followed by a dip in the main pool to bathe or pray or both. Many travellers as well as locals are known to collect holy water in bottles to take home. If you wish to enter the main temple, travellers will have to tie a shash and a sarong provided at the entrance. There isn’t any official ticket payment but you will be asked to make a donation when you exit.