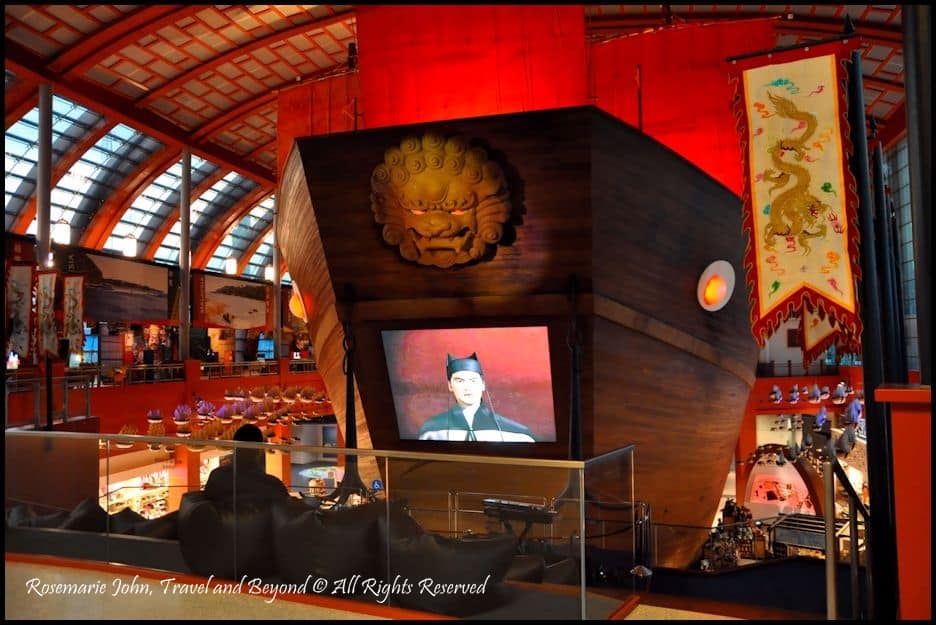 Opening its door on October 15th 2011 and housed in an iconic steel and glass ship hull at the Resorts World Sentosa waterfront, the Maritime Experiential Museum and Aquarium (MEMA) promises a new museum-going experience that will cover maritime talks, children’s workshops and exploration on life-size replica historical ships.

Designed by Ralph Appelbaum, whose firm Ralph Appelbaum Associates is one of the largest museum design and planning firms in the world, visitors to MEMA are taken back in time to one of the greatest eras in history, where the tales of sea adventurers and the growth of sea trade between Asia and the Middle East are told.

A departure from the traditional gallery setting, MEMA boasts a maritime themed environment, with a variety of complementary exhibits. Upon arrival, visitors will be greeted by the mighty Bao Chuan, a full-sized replica of the bow of legendary seafarer Admiral Zheng He’s treasure ship.

The greatest explorer in Chinese history, Zheng He launched many exploratory voyages to Asia and Africa, sailing with fleets of up to 300 ships. An introduction to his voyages from China to the “Western Ocean” during the 15th century is told through a short animated video in a modern open-style theatre. Visitors can then walk through the Souk Gallery, which recreates the sights and sounds of the ancient markets where mariners like Zheng He traded at, as they stopped at various ports of call along the silk route.

Behind the Bao Chuan is the Jewel of Muscat, a replica of a 9th century Arab dhow which was gifted from the Sultanate of Oman to the Government and People of the Republic of Singapore. The Jewel of Muscat will be housed permanently at MEMA, where visitors can learn about its construction and historic voyage from Oman to Singapore.

Look out for the five life-size replicas of Historic Ships berthed at the harbour where visitors can go on board to experience how life on deck was like. Consisting of a Chinese junk, an Indian dhow, a Javanese jong, an Indonesian borobudur, and a South China Seas trading vessel, these ships bring to live the experience of ancient seafaring ways. By allowing visitors onboard, the “maritime” experience is further enhanced.

A unique attraction within the museum is the Typhoon Theatre, a 150-seat 360-degree multimedia theatre, where visitors “board” an Arabia-bound sailing ship and are taken on a voyage that takes on a perilous turn when it encounters a storm. The museum will also feature an aquarium which will open at a later date. Head on over for some family fun and a day of interactive learning!

Getting There: MEMA is located at Resorts World Sentosa, 8 Sentosa Gateway, Singapore 098269. Just alight at the Harbourfront MRT Station and continue to the Sentosa Express at Vivocity Level 3 and alight at Waterfront Station. It’s just a 2 minute walk from there on.