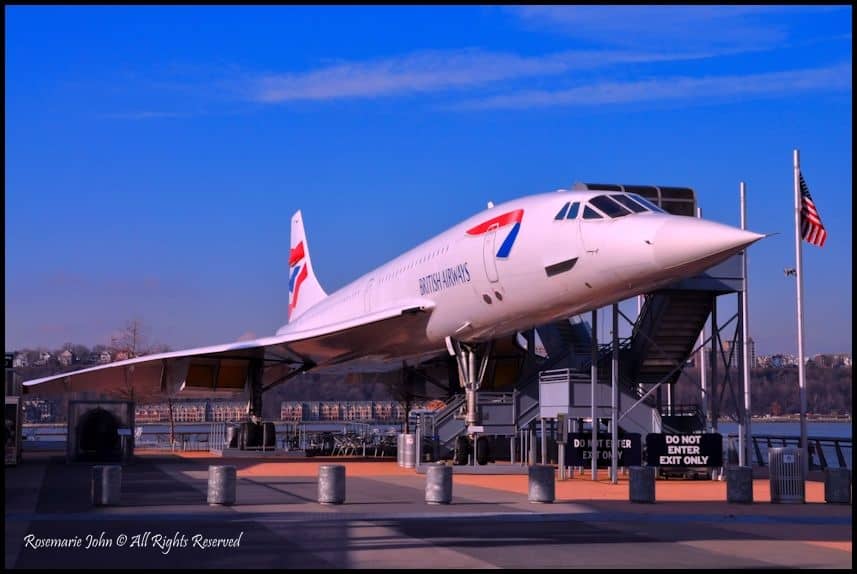 Seeing the insides of the sleek supersonic Concorde would have been but a dream for many, but today visitors to the Intrepid Museum are allowed access to a real treat –  a seat inside the Concorde’s luxurious first class cabin inclusive of an up close look inside her sophisticated flight deck.

The Concorde is a product of Anglo-French cooperation. When the Concorde entered Air France and British Airways transatlantic service in 1976, it was the only operational supersonic passenger transport in the world. With a crew of nine, the Concorde could fly at 1,350 mph (2,150 kph) at an altitude of 60,000 feet (18,181 meters), high enough for its 100 passengers to see the curvature of the earth.

The fastest Atlantic crossing by any Concorde occurred on February 7, 1996 and took only 2 hours, 52 minutes, and 59 seconds. This record-breaking plane, Concorde Alpha-Delta G-BOAD, is the very same plane housed at the Intrepid Museum.

The Air France Concorde crash on July 25th, 2000 took place after debris from a punctured tyre ruptured the fuel tank.

It is believed that the debris had fallen off another aircraft operated by Continental. Concorde lost its Certificate of Airworthiness on July 26th, 2000, not regaining it until September 5th, 2001 and made its first operational flight with passengers (non-paying airline staff) on September 11th, 2001.

It returned to commercial operations on November 7th, 2001 but ended these in 2003 with Air France flying its final Concorde flight on May 31st, 2003 and British Airways on October 24th, 2003 as the pricey business model was no longer working.

An offer by Richard Branson to purchase the remaining Concorde fleet and fly them for Virgin Atlantic was rejected. Concorde will never fly again.

The airplane displayed on the Intrepid in New York is on loan from British Airways. This aircraft, serial no. 100-010 (G-BOAD), first flew on August 25, 1976 from Filton, England and was delivered to British Airways (BA) on December 6, 1976.

In 1977, a deal was worked out to operate a route from London to Bahrain to Singapore in partnership with Singapore Airlines; however this deal ran into serious difficulties and
did not last for long.

During some of the time the route was in operation, G-BOAD was the only BA Concorde to operate under two airlines. She was painted BA colours on one side, and Singapore Airlines colours on the other.

The aircraft has been talked about by many travellers while it was in service for its speed and prestige and while some have been lucky enough to fly on it, many people have only seen photos or a glimpse of it in the bright blue sky.

With a unique 45 minute guided tour of Concorde G-BOAD, the fastest commercial aircraft to ever cross the Atlantic, visitors can learn about the aerodynamic advances responsible for this technological marvel.

The tour offers visitors a chance to imagine what it would have been like to fly on aboard what was once the world’s prestiges jet. As you listen to your guides commentary and photo presentation on an iPad, you get to check out the original menu and wait your turn to visit the cockpit.

Since the tour is done is small groups at a time, it offers visitors more space to move around the fuselage of the aircraft. 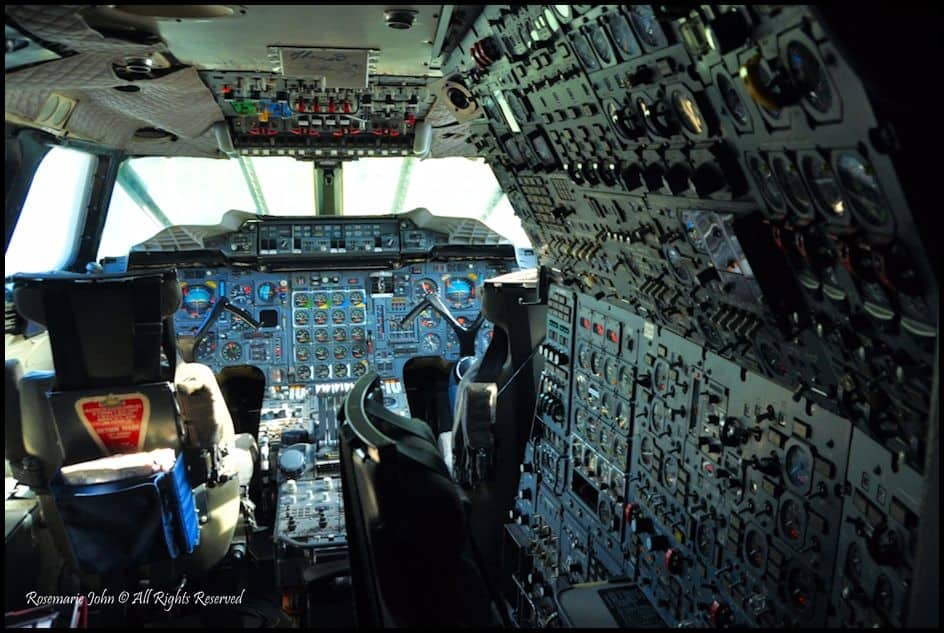 The Concorde cockpit manned by a Pilot, Co-Pilot and Flight Engineer. 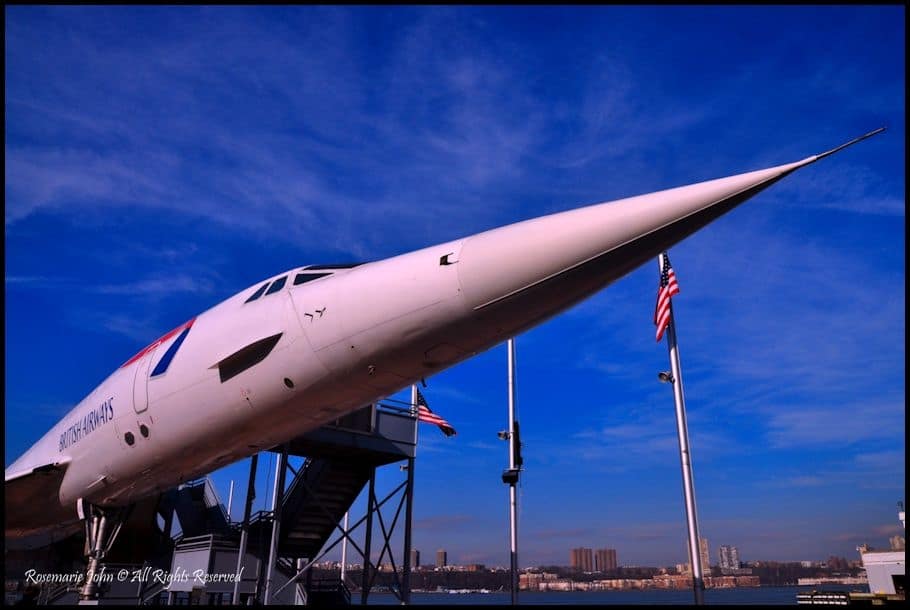 The Intrepid Sea, Air & Space Museum is located on the West side of Manhattan on Pier 86, 12th Ave. & 46th Street. It is easily accessible from all points in the New York City Metro area. Click here for directions.