An East of Sydney City Walkabout 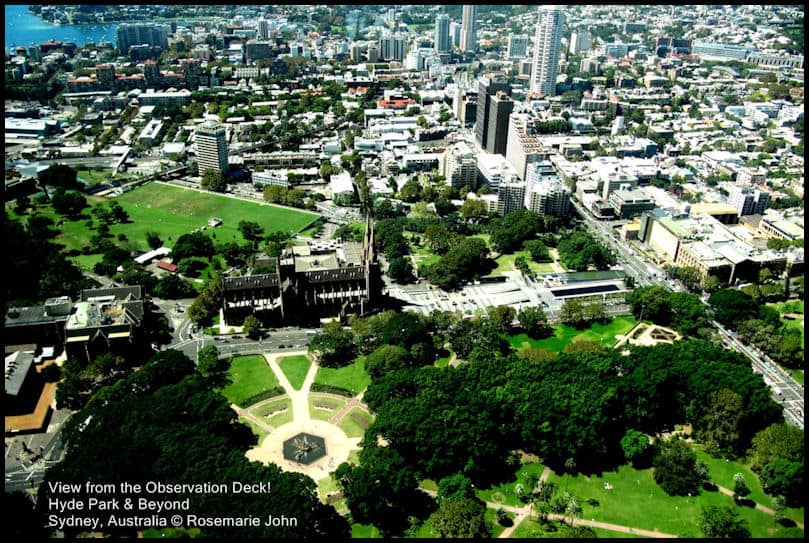 Strolling through Sydney City’s East Side

Sydney is a breathtaking city, with beautiful architecture and interesting historical spots spread all over the Central Business District. Covering approximately 26.15 square kilometres, the city of Sydney boasts sunshine almost 7 hours a day, ideal for a mini city walkabout on its eastern side! So where do you go?

1. Take a stroll through nature

Peppered with towering fig trees and declared a common in 1810, Hyde Park became the venue for early colonial cricket matches, prize fights and horse races. Today, it’s a lovely park to grab a spot on the lush green grass to relax and read a book, stop to have a bite with a loved one or rest your feet from all that shopping madness. Built across 16 hectares and in an almost rectangular shape, the park is bordered on the west by Elizabeth St., on the east by College St., on the north by St. James Road and on the south by Liverpool St. 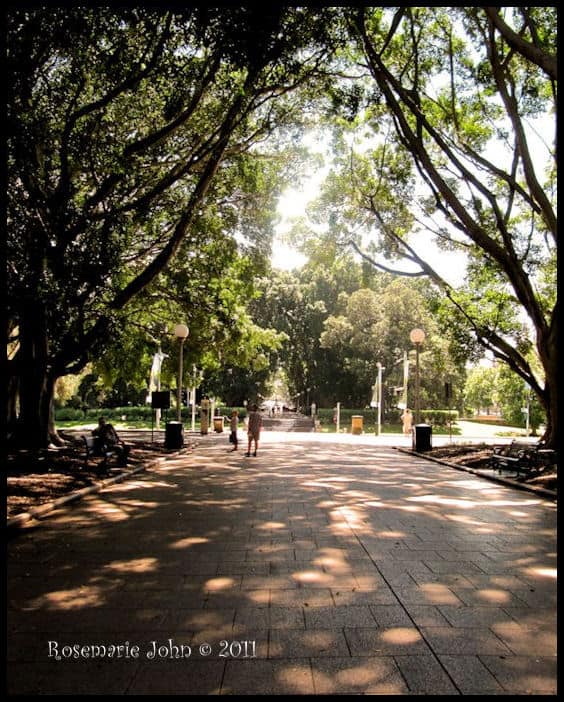 2. Get a dose of history

Find out more about the city’s grisly past, seasoned with tales of transportation ships, convicts and hardship at the Hyde Park Barracks Museum. Located at the southern end of Macquarie Street and designed by convict architect Francis Greenway between 1819, view the exhibits of the belongings left behind by early prisoners from intricate hand carvings and military regalia to artillery and heart-warming journals detailing the harsh conditions of that time. Listed as one of UNESCO’s World Heritage Site, this is a great place to learn about Sydney’s colonial heritage.

3. Stop at the famous fountain

In 1932, Hyde Park saw the construction of the J.F. Archibald Memorial Fountain where its designs were inspired from classical Greek and Roman art and literature. One of my favourite sculptures on the fountain is the depiction of King Theseus of Athens slaying the Minotaur. The story behind Theseus gave name to the sea that sits between the southern Balkan and Anatolian peninsulas, called the Aegean. This beautiful structure has been known for its photographic popularity, buskers and a common meeting place for friends. With many park benches nearby, it’s also a popular location during lunchtime. 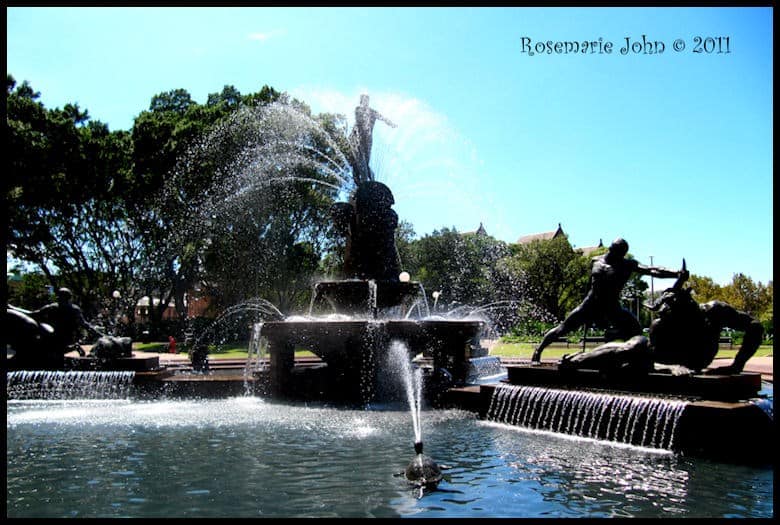 Built with dressed Pyrmont stone and located on the corner of St Mary’s Road & College Street the cathedral is one of Sydney’s most notable landmarks. Holding the title of a minor basilica bestowed upon it by Pope Pius XI in the 1930s, St Mary’s is the church of the Roman Catholic Archdiocese of Sydney. It’s gorgeous Gothic style architectural design of William Wilkinson Wardell was fully completed only 100 years after the architect’s death. What you will notice as you walk up to its entrance is that its main façade is based on the Notre Dame of Paris, simply breath-taking! With timber floorings, magnificent stained glass windows and the incredible Melocco brothers’ mosaic floor in the crypt, don’t miss the free guided tour of the cathedral and crypt at noon every Sunday. 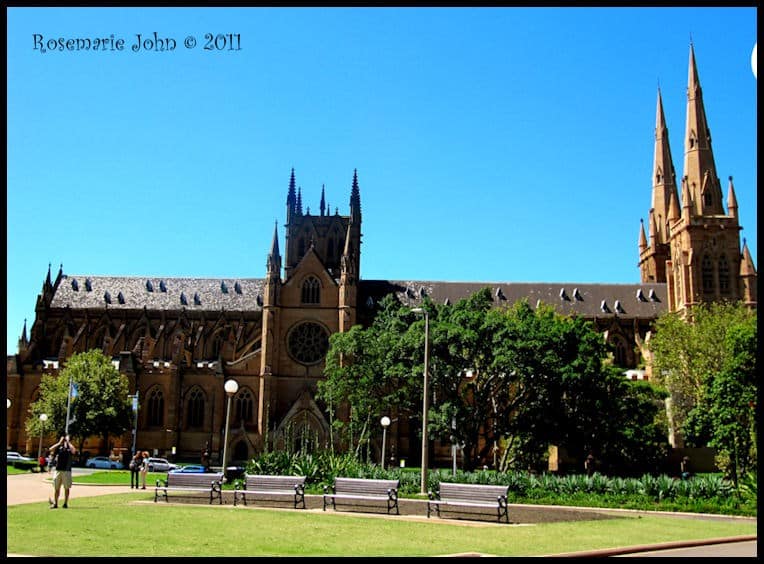 5. Immerse yourself in a scientific & cultural experience

Open from 9.30am to 5pm daily, The Australian Museum located at College Street is home to an eclectic mix of permanent and temporary exhibitions designed to educate and entertain visitors of every persuasion. Known for its international reputation in the fields of natural history and anthropology, my favourite exhibition was on the Dinosaurs. See, hear and touch these amazing creatures of the lost world as you feast your eyes on 10 complete dinosaur skeletons, eight-life-sized models and high-tech interactive displays. As you hear roars from the Mesozoic era and roam the eerily lit space experiencing this ancient realm, you can’t help feeling like a kid all over again! Don’t miss the 2800 year old ancient Egyptian mummy and the history, culture and political struggles of Indigenous Australians as well.

6. Soak in the views from the Sydney Tower

As Sydney’s tallest free-standing structure, the golden dome is home to a 360 degree observation deck. You can get a feel of the city’s geography and capture the most stunning photos while at 820 feet above street level. Views of the whole metropolis stretch out for miles. Seek the many guides standing by for any assistance or enquiries you may have about building you need help naming. Also, for adventurous thrill seekers, try the Skywalk where you actually walk around the outside of the Tower itself venturing out onto moving glass-floored platforms suspended over the city streets! The entrance to the tower is at Centrepoint, on the corner of Pitt and Market Streets. 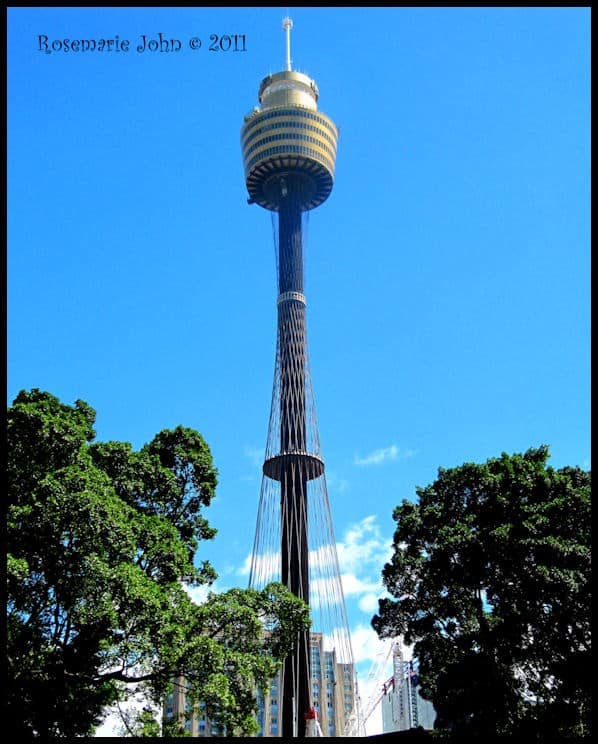