A Weekend Out at the Bay 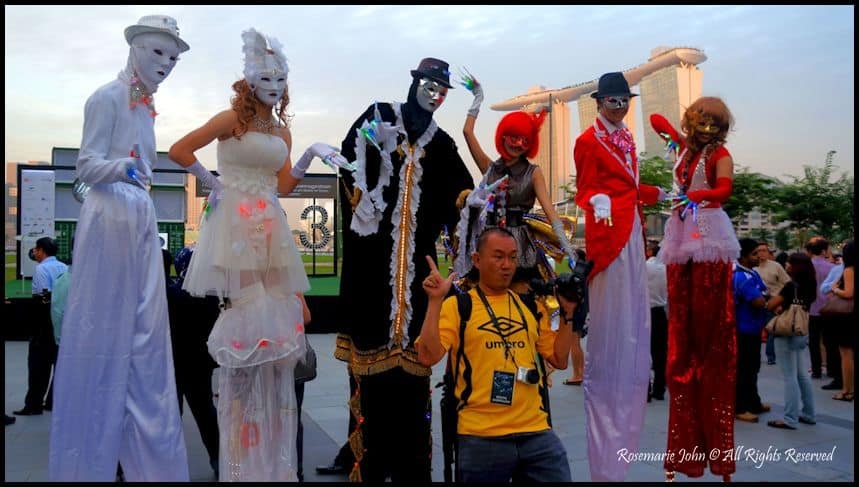 Officially opening on 9 March 2012, i Light Marina Bay is attracting a myriad of visitors to the bay area in Singapore. Lasting three weeks, the sustainable light art festival will hold a fluster of activities as it promotes its message of going green to locals and travellers alike.

Dotted with lights of all kind, from LED lights to lasers, from 3D digital mapping to acrylic rods, your evenings couldn’t get any more brighter. With an exciting Night Carnival, free guided tours, stilt walkers and rhythmic performances by Junk Jam, the best days to head down are on the weekends.

As the Promontory and Waterfront Promenade areas of Marina Bay bustle with activities, visit the booths selling food and drinks at the carnival for a relaxing stop in between. Hard to miss would be the masquerading LED stilt walkers who would happily stop to take a picture with you.

Catch the LED twirlers as their impress you with their twirling stunts and jive to the beats of Samba, Rata and Reggae as young aspiring musicians from Junk Jam beat away on their percussions made from items lying around the house. Enjoy the performances as you sip on complimentary cups of coffee and admire the installations from a distance. 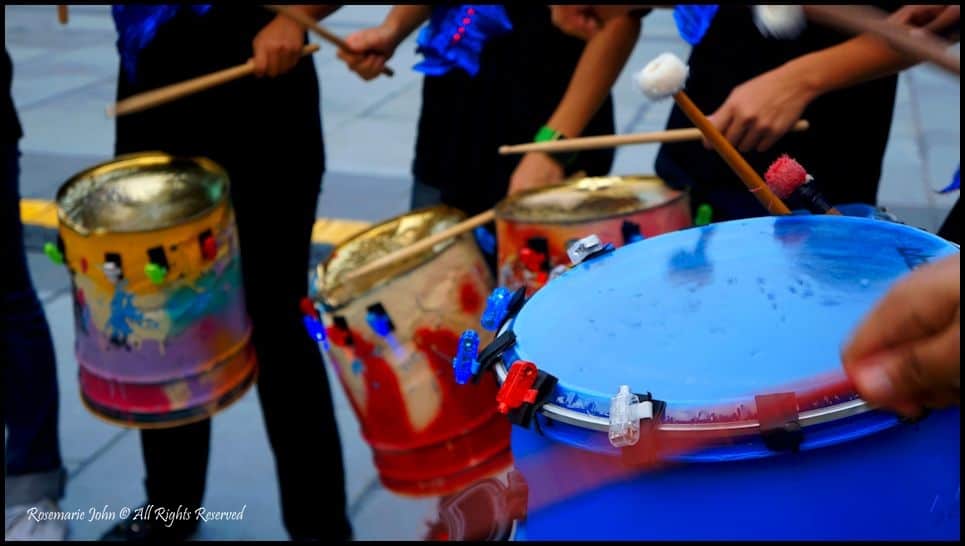 The closes light art installation to the Night Carnival area would be After Light by Storybox, New Zealand. A process that combines many influences from industrial design, video art, documentary film, live cinema, performing arts and interactive digital art, this installation is featured on 27 green United Arab Shipping Company containers that will be reused later on.

Making their installations in boxes that are stackable, transportable, recyclable and near indestructible, these generic rectangular containers are not seen as just steel boxes but rather portable storytelling vessels waiting to explode with potential. Architecturally weather-sealed, burglar-proof  and a transportable medium, Storybox is known for their fondness of containers. 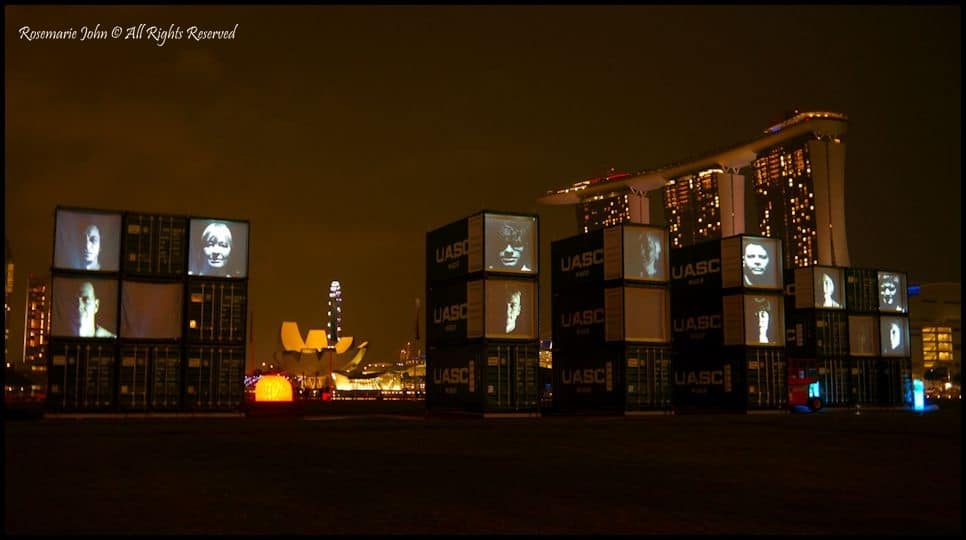 Exploring how light has inspired and shaped our modern world through tracing the journey of light from a temple candle to the neon glow of street advertisements, this original multi-screen work also features footage shot in the Sri Kaliamman Temple, Sultan Mosque, Thian Hock Keng temple and the Buddha Tooth Relic Temple in Singapore.

“Universality” for there is light in everybody said Storybox, when asked to describe their work in one word. “Connecting to an audience isn’t just about pushing content out, it’s about inviting people in. We believe in a broad notion of interaction and we specialise in technology and ideas that encourage people to participate”, they added.

Incorporated into the After Light  installation are Geo Ping and Flux, two interactive works by New Zealand-based design group Interrupt Collective. While Geo Ping is an interactive projection which allows users to perform with sound, light and virtual space, Flux is an interactive image-maker which creates a mosaic of images from photos tagged “iLight2012” and uploaded by visitors via Flickr. 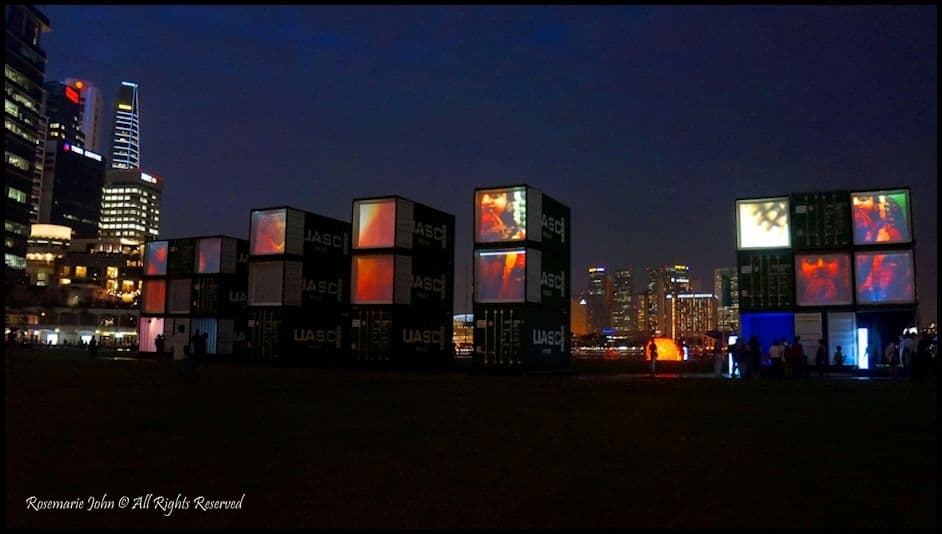 Tip: Join the free guided tours available on the weekends and discover more about the dazzling light art installations around the Bay. With two routes to choose from, registration closes a day before on the festival website or 30 minutes before the tour at the Info Kiosk. Tour 1 begins at Event Square whereas Tour 2 begins at the Info Kiosk at the ArtScience Museum. Refer to festival map for routes. 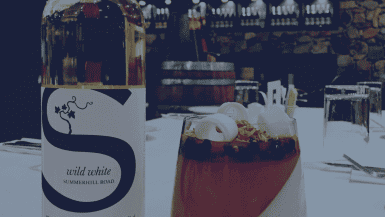