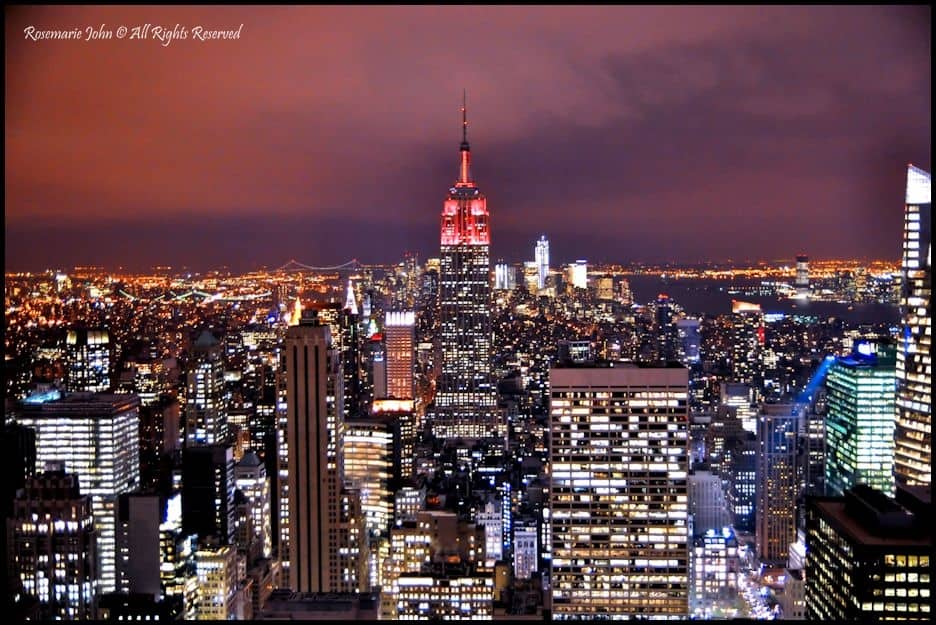 For the best 360-degree panoramic view of New York City, head up to Top of the Rock observation deck at Rockefeller Center. It is also the only place where you get a breath-taking view of the Empire State Building up close.

Built during the great depression as New York City faced economic catastrophe,  the on-going construction of Rockerfeller Center created jobs and hope towards a better future. Envisioned by John D. Rockefeller, the cluster of 19 buildings at Rockefeller Center and the observation deck were his gifts to Manhattan, a place visited by both locals and travellers until today, a place to marvel at the city he loved.

Consisting of three levels, the observation decks are on the  67th, 69th, and 70th floors of 30 Rockefeller Plaza that houses the GE Building making it the centrepiece of Rockefeller Center. With the upper deck at 850 feet above street level, the total surface area of all the decks together is approximately 55,000 square-feet. Built in 1933, the observation deck saw a $75 million makeover that was completed in 2005.

While the views are equally breath-taking at each level, photos are best captured from the 70th floor where your view isn’t obstructed by safety glass panelling that exists on the other two levels. The safety glass creates somewhat of a difficulty if you’re using a wide-angled lens as it would be difficult to fit the lens through the gaps between each glass panel. 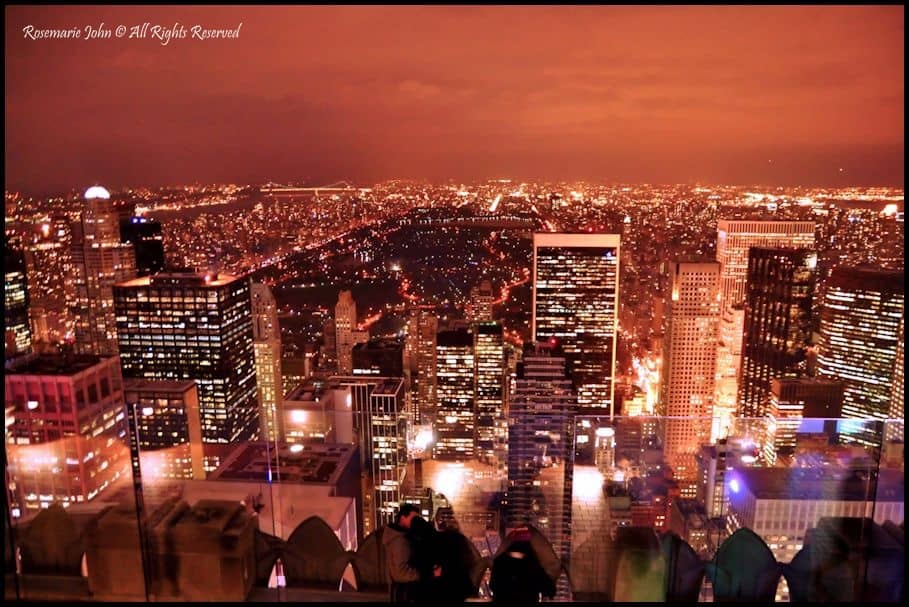 Losing track of time is common when you’re up Top of the Rock. The skyline is simply gorgeous with every skyscraper glistening in gold and white lights. During clear days, you can even see the Statue of Liberty and Jersey City in the far distance. The entire length of Central Park is also clearly visible from the observation decks.

The famous Rockefeller Christmas Tree and Skating Rink are not visible from the observation decks. Both are easily accessible from the Concourse retail shop where guests exit the elevators after their visit. Tickets should be bought early in day if you want to catch sunset. Purchasing them just one to two hours before would be inadequate as the number of visitors are large and waiting periods to head up, long.

Open daily from 8am to midnight, Top of the Rock entrance is located at 50th Street between 5th and 6th Avenues. The first elevator goes up at 8:00am, the last one at 11:00pm. Hours of operation may vary on holidays.Visit the official website for ticket details.

No visit to New York City is complete without a stop at Top of the Rock!