How to Enter Borobudur the Right Way 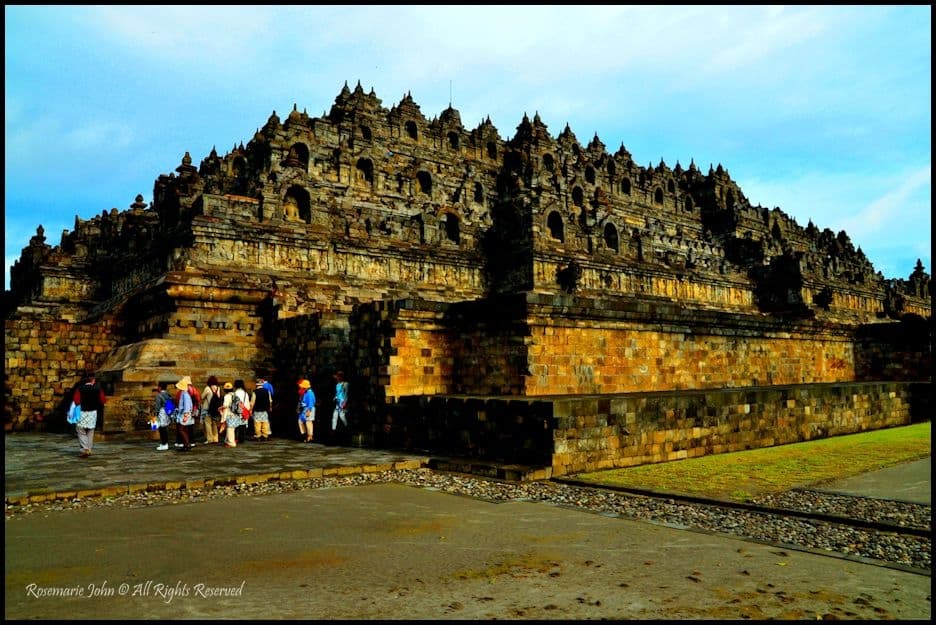 Built in the Mahayana Buddhist tradition and located in the Magelang District in central Java is the magnificent Borobudur, the largest Buddhist  monument in the world. Constructed by the Sailendra Dynasty between 750AD-850AD with over two million stone blocks, the massive structure sits majestically in the middle of lush greenery peppered with coconut and palm trees.

Together with the decline of Buddhism in the 14th century as Java converted to Islam, Borobudur was soon forgotten, hidden and buried under layers of volcanic ash for centuries only to be discovered in 1815 by Sir Thomas Stamford Raffles.

Surviving terrorist bombings in 1985 and the fury of Mt. Merapi’s explosions in 2010, Borobudur stands colossal and proud beaming in architectural beauty and the main attraction to all who visit Yogyakarta. When you arrive at the Cultural Park that also houses an archaeological museum, the Borobudur Research Centre and Manohara Hotel, its best to get directions on the right way to enter the stupa.

Borobudur has 10 levels that consist of 6 square terraces, 1 courtyard and 3 circular terraces that form the ‘Dacabumi‘ or ‘Daśabhūmika Sūtra’ that translates into the ‘Ten Stages Sutra’ that describes the ten stages to enlightenment or Buddha-hood (bodhisattva).

Two forms of Buddhism originated from India, Theravada and Mahayana. The significant difference in the Mahayana aspect of Buddhism, is that it is heavily influenced by local religious ideas and rituals transmitted through the cultures of China, Japan and Tibet. Theravada and Mahayana are both rooted in the basic teachings of the historical Buddha, and both emphasise on the individual search for liberation from the cycle of birth, death and reincarnation. However, the methods or practices for doing that can be very different, like that of the Bodhisattva.

Mahayana talks a great deal about bodhisattvayana (the ‘enlighten being’) as the ideal way for a Buddhist to live. The ten levels (Dacabumi) in Borobudur represent the ten grounds a Buddhist should go through to attain Buddha-hood. Click here for more information on the ten grounds. 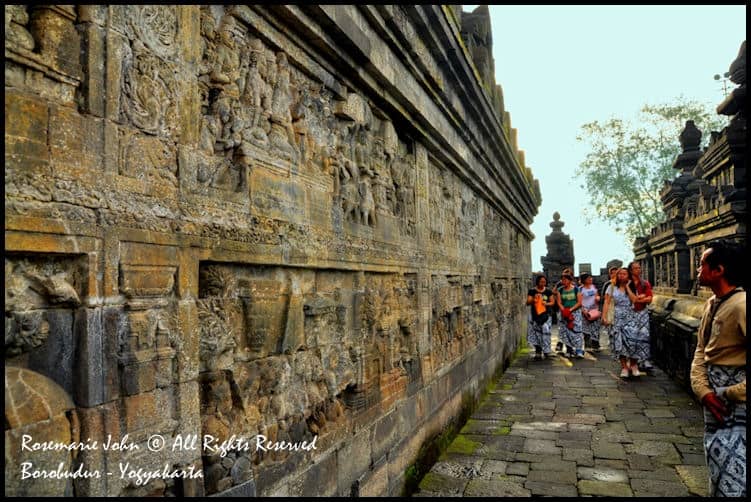 The relief panels along the corridors 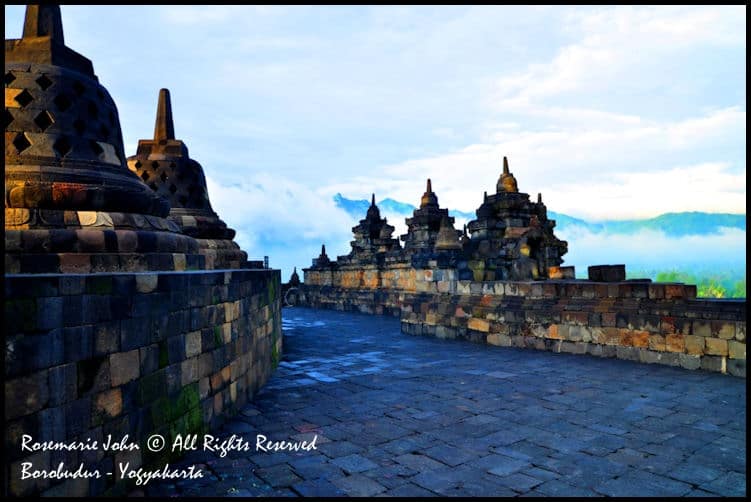 How to Get There

Fly into Yogyakarta, put up at the Sheraton Mustika Yogyakarta Resort and Spa and hire a car and driver to take you to the magnificent Borobudur. You can also visit Prambanan Temple that is situated just 15 minutes away from the hotel.