9 Must See Temples of Bali 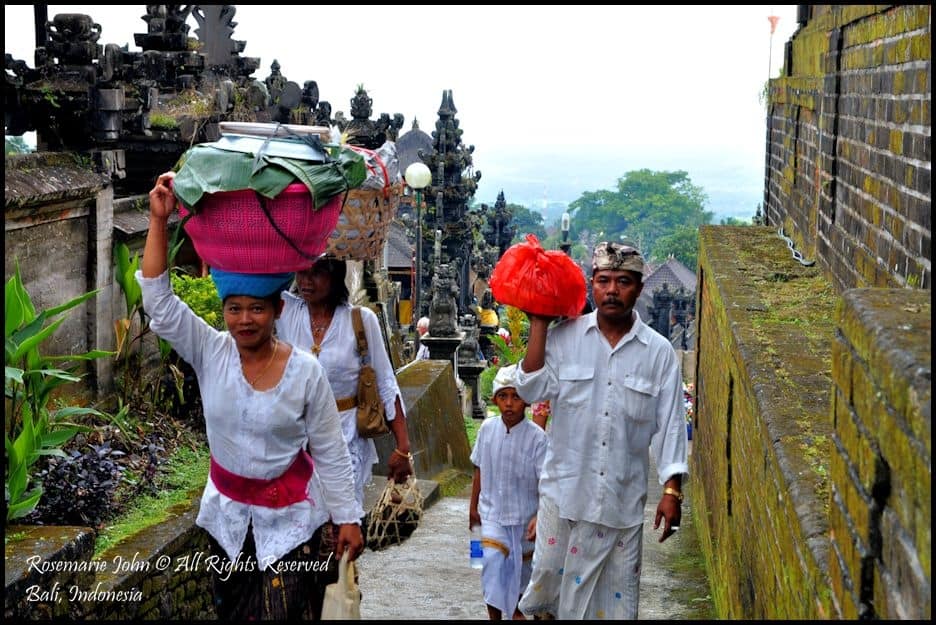 Built in the 11th Century, Besakih is the largest and most important temple on the island. With over 22 structures in its complex, the temple sits on the slopes of Mt. Agung, a stratovolcano and is home to the Trinity shrines dedicated to the Gods Shiva (the destroyer), Brahma (the creator) and Vishnu (the supreme God).

Located on a cliff, above the smashing waves of the Indian Ocean, Uluwatu was founded by a Javanese Hindu priest in the 10th Century. Dedicated to the God of Elements called Bhatara Rudra, the temple is famous for its breath-taking sunset, accompanied daily by 100 male dancers performing the Ramayana Monkey Chant in perfect unison.

With sacred springs and pools of purification, Thirtha Empul‘s water is said to be holy and have magical healing elements. Founded in the 10th Century and believed to be a creation of Lord Indra, the God of rainfall, its streams and waterfalls are said to represent the Ganges of India.

As one of Bali’s most important sea temples, Tanah Lot‘s ancient rituals pay homage to the guardian spirits of the sea. Built in the 15th Century by the last Hindu priest to visit the island, it’s famous for its scarlet sunset and is considered the most photographed temple on the island.

Rising out of Lake Bratan, Ulun Danu was founded in the 17th Century and is dedicated to the Goddess of the Water, the patron of fertility and prosperity. With a mixed Hindu and Buddhist architecture, the temple resides in a crater formed by a volcanic eruption 30,000 years ago.

Located at the foot of rocky cliffs and said to extend all the way to the base of Mt. Agung, this mystical cave temple is home to thousands of fruit bats and the legendary dragon, Basuki. Built in the 11th Century, it’s a must visit site, particularly focused on religious rites associated with death.

Known as the dragon temple, Lempuyang is Bali’s most remote mountain shrine located on a summit accessed through a stairway of 1,700 steps. Also, abode of Lord Iswara, it is famous for sacred holy water that is retrieved from a yellow bamboo plant that grows within the temple’s inner courtyard.

Standing 12 feet (7m) high in a complex of pavilions are 10 shrines carved into a rocky cliff face approximately 10 miles (17 km) north east of Ubud. Constructed along a river in the 10th Century, the monuments are thought to be dedicated to King Anak Wungsu and his favourite queens of the Udayana dynasty.

The most visually stunning temple in Bali, Rambut Siwi sits above a cliff, overlooking the Indian Ocean and is guarded by statues of wild boars and dragons. Built in honour of the Javanese priest Nirartha of the Majapahit empire, it is dedicated to the Goddess of Knowledge, Saraswati and the Rice Goddess Sri.