Picnicking on a Private Beach in Borneo 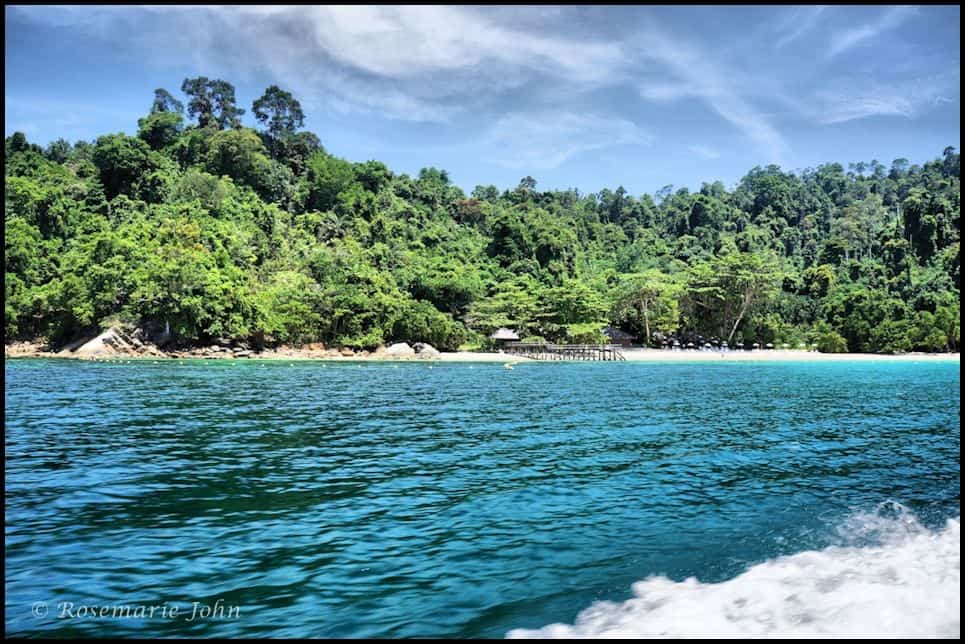 The hum of the rumbling speedboat engine soon faded away as we were hypnotized by what was enfolding in front of us. Though still aboard the speeding boat our minds were already ashore. Our gaze fixed firmly on the glistening turquoise waters, the golden sand, and the beach that stretched like a crescent moon shape forming the Tavajun Bay enclave that belongs to Gaya Island Resort (GIR).

Yes, this was going to be a special afternoon. “Aww it’s BEAU-TI-FULL”, exclaimed a passenger seated behind us. The word beautiful doesn’t even  begin to express how enchanting the enclave truly is. There is something magical about Borneo, we have all read or heard about it, but this private beach located a mere five minutes away from GIR is truly bewitching.

Maybe it was the lush tropical rainforest that stood tall and dense in the background, maybe it was the tranquillity of the place, maybe it was the stunning outline of mountains in the horizon or maybe it was the scarcity of people there that made the enclave all that more elusive that requires a more befitting adjective than just “beautiful”. I just haven’t quite figured out the right word yet. 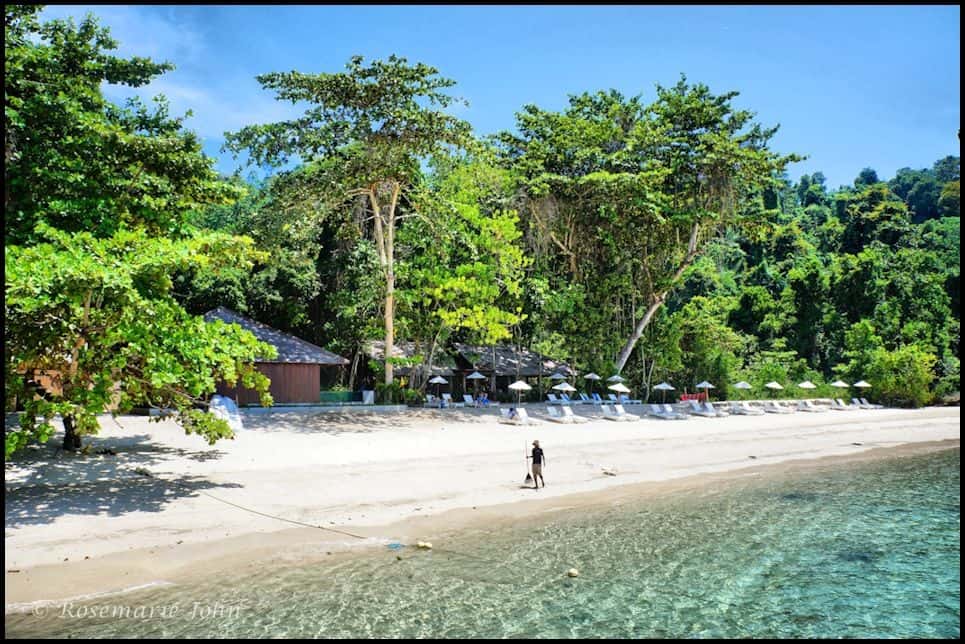 We disembarked the speedboat and walked down the jetty wondering what was on offer for us. We knew a picnic was arranged but where was it going to be? With our choice of salads, sandwiches, cheeses, fruits and drinks already pre-arranged from the day before, we couldn’t wait to settle in.

Escorted to a secluded spot under the mangrove trees, we saw bright coloured cushions spread out on a large mat that faced an unobstructed view of the mountainous mainland of Sabah. A big brown picnic basket was presented to us and we opted to lay the food out ourselves. Left alone to indulge in an afternoon of sun, sea and sand, we dined, swam and snoozed. 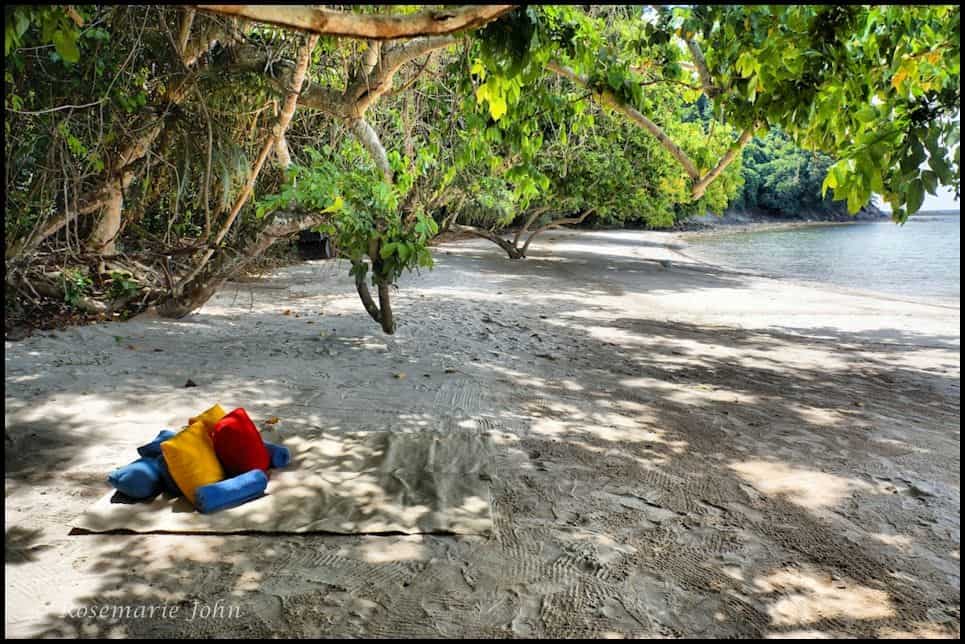 Our private picnic spot under the mangrove trees! 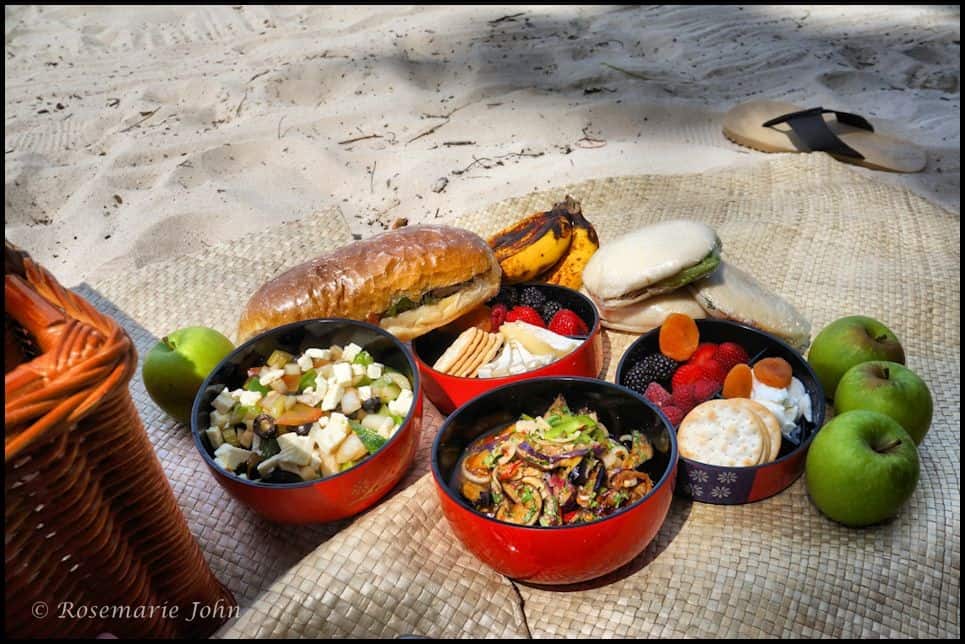 After two hours of soaking in pure bliss, Joseph buried his head into his book. I on the other hand headed off to photograph the enclave. Tavajun Bay is home to the resorts very own Marine Centre that is still under construction but currently home to a sick sea turtle that is being rehabilitated by resident Marine Biologist Scott Mayback who oversees all aquatic operations and activities at GIR.

The poor turtle I was told had swallowed some plastic discarded at sea. It was found floating and nearly dead and was bought to the Marine Centre, where it is currently recuperating. I spent a few moments learning about her from the resorts General Manager, Peter Neto who happened to be at Tavajun Bay that afternoon.

“The difference between the private beach at Malohom Bay (where GIR is located) and the private beach here at Tavajun Bay is that guests get to immerse themselves in nature conservation once the Marine Centre is ready by the end of 2013”, said Neto. “The Tavajun Bay enclave without any fancy modern amenities has its own charm as the backdrop offers a somewhat remote island feel that many guests look for when they come to Borneo”, he added.

I was then introduced to the island’s very shy but very wild, wild boars. Their curiosity brings them to the edge of the forest just where the sands begin. It was indeed a rare sight to see them so up close as wild boards are known to be aloof and well, quite wild. As other guests soon spotted them, we were instructed to stay a good distance away as they are after all, unpredictable wild animals. 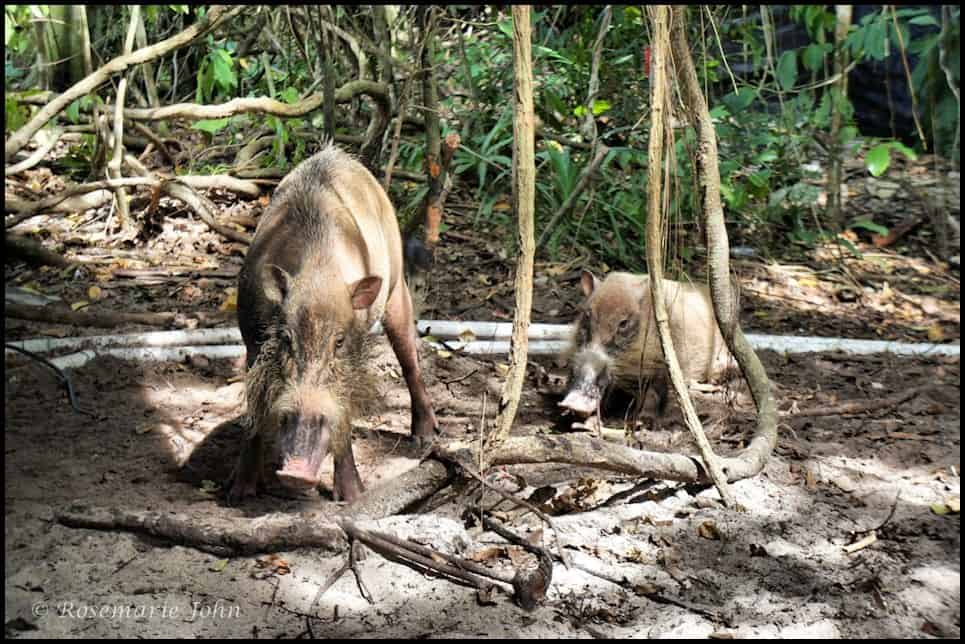 Back at our picnic spot, Joseph and I relaxed and spent a romantic afternoon together. It was nice to get away from the close proximity of other guests for a while. As we basked in the sands and watched the waves lapping the shore, we felt free from the travails of everyday mundane life. We were treated to some fantastic Malaysian hospitality and the staff at Gaya Island Resort made it truly special.

The afternoon passed quickly and evening was nigh. It was time to bid farewell to this piece of paradise. As the speedboat sped away from the enclave, we looked longingly at the receding shoreline promising to come back again someday soon to once again sip into its halcyon beauty.

Have you ever had a gourmet picnic on a private beach before? 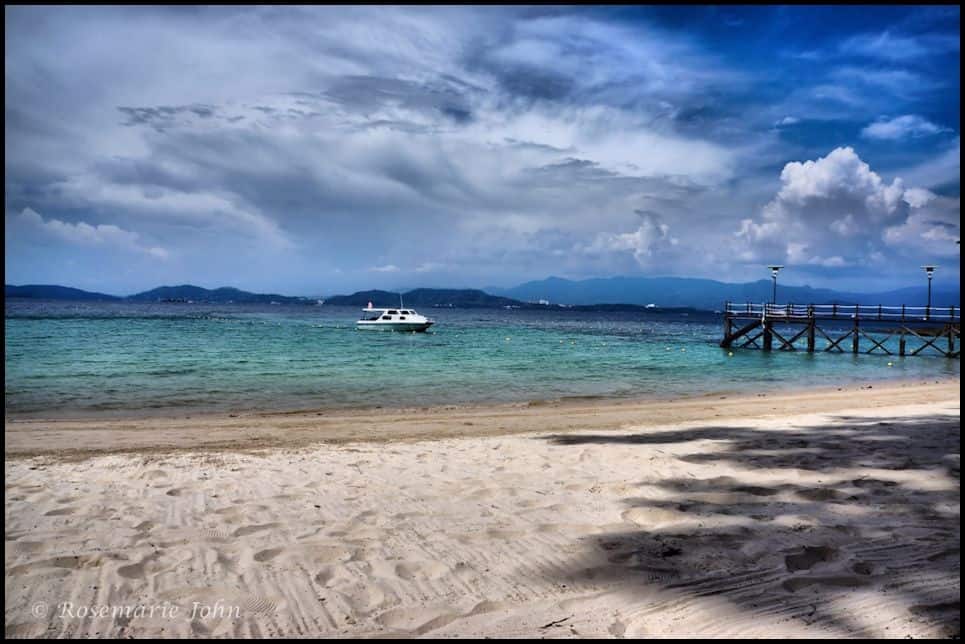 The beautiful expanse in front us that sunny afternoon! 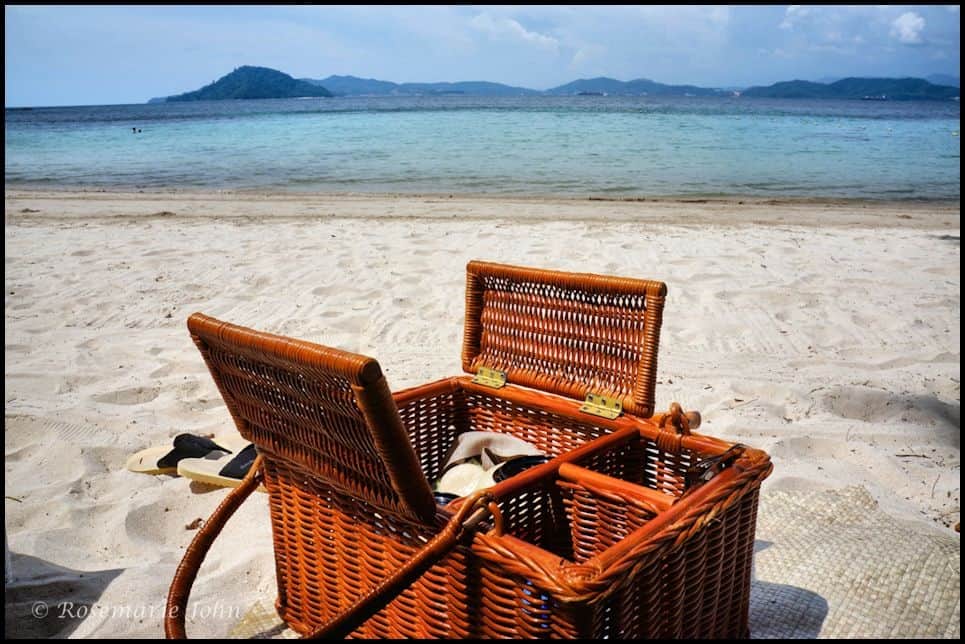 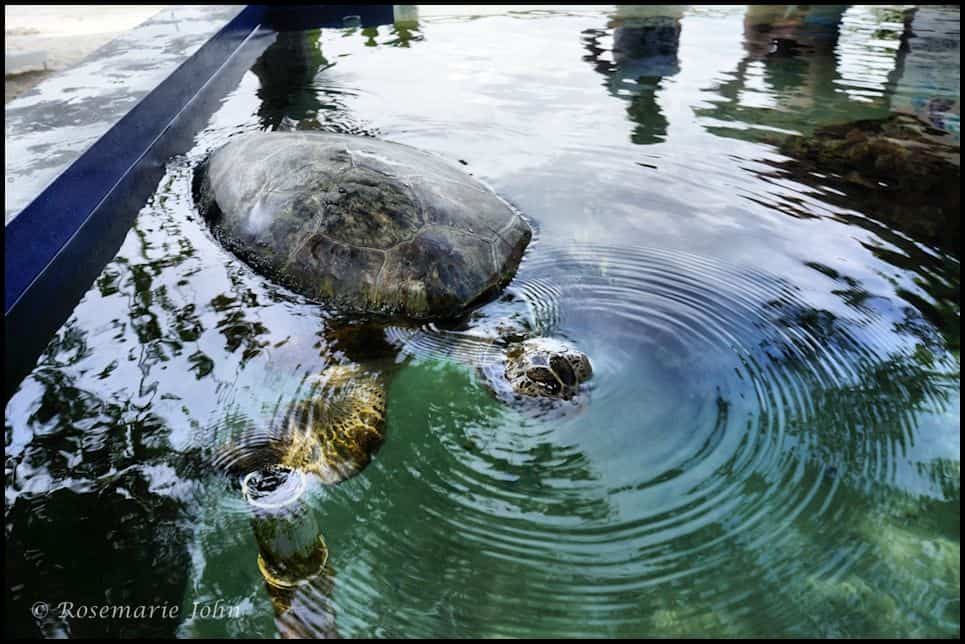 The sea turtle recuperating in a tank outside the Marine Centre 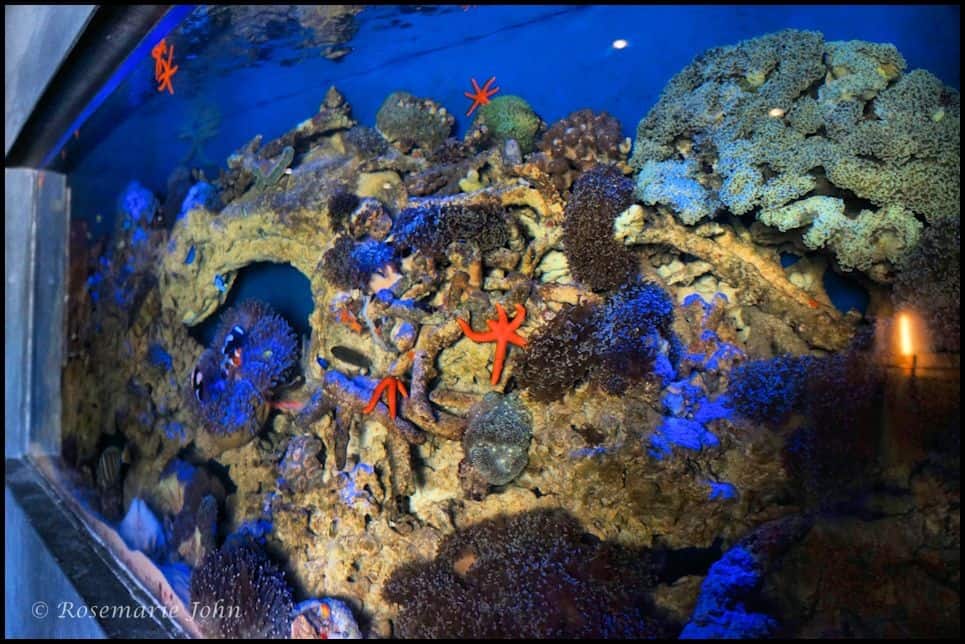 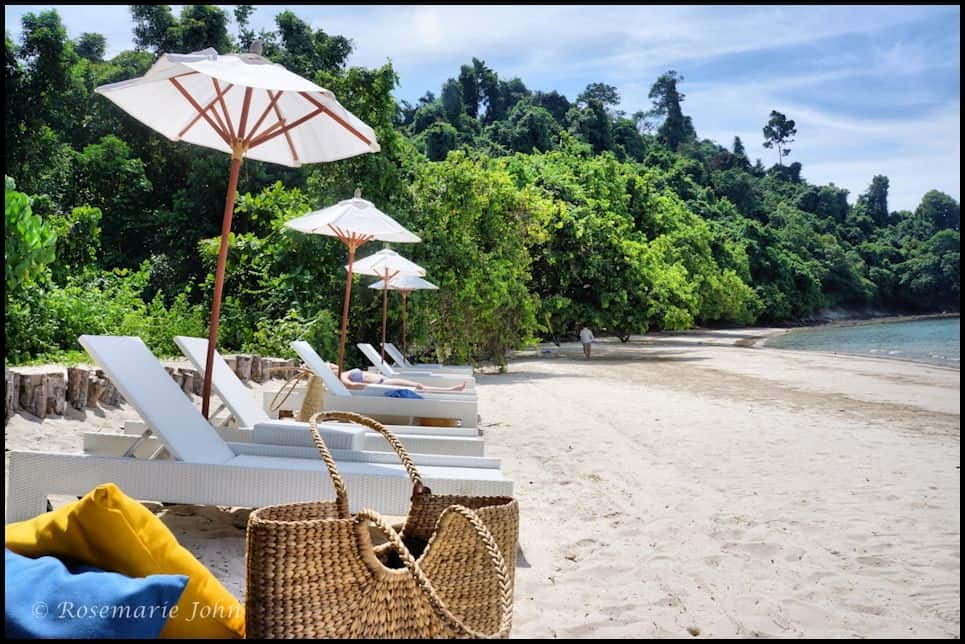 Tavajun Bay is a private beach owned by Gaya Island Resort. Its a mere 5 minute speed boat ride from the resort jetty 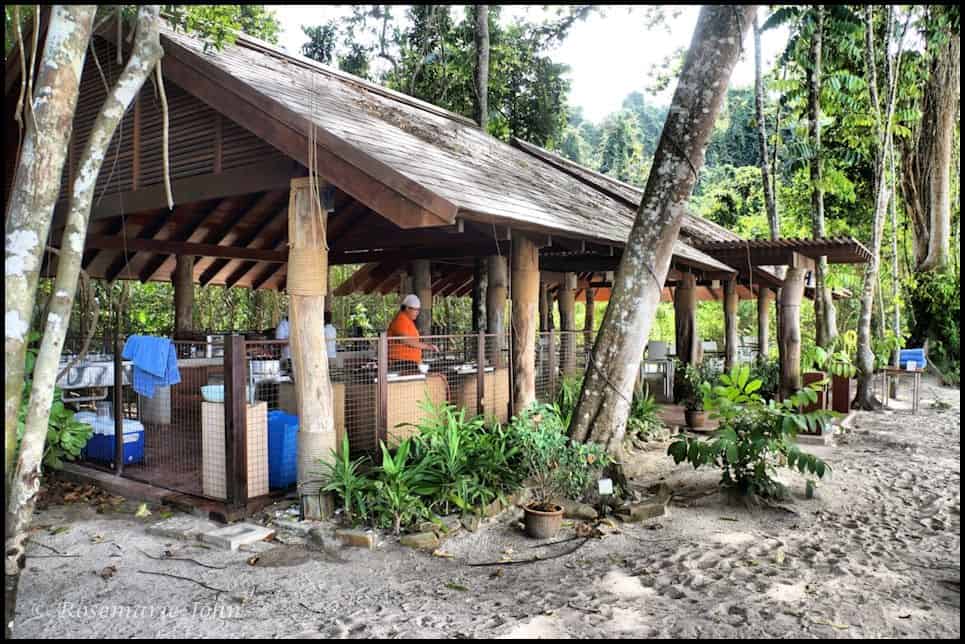 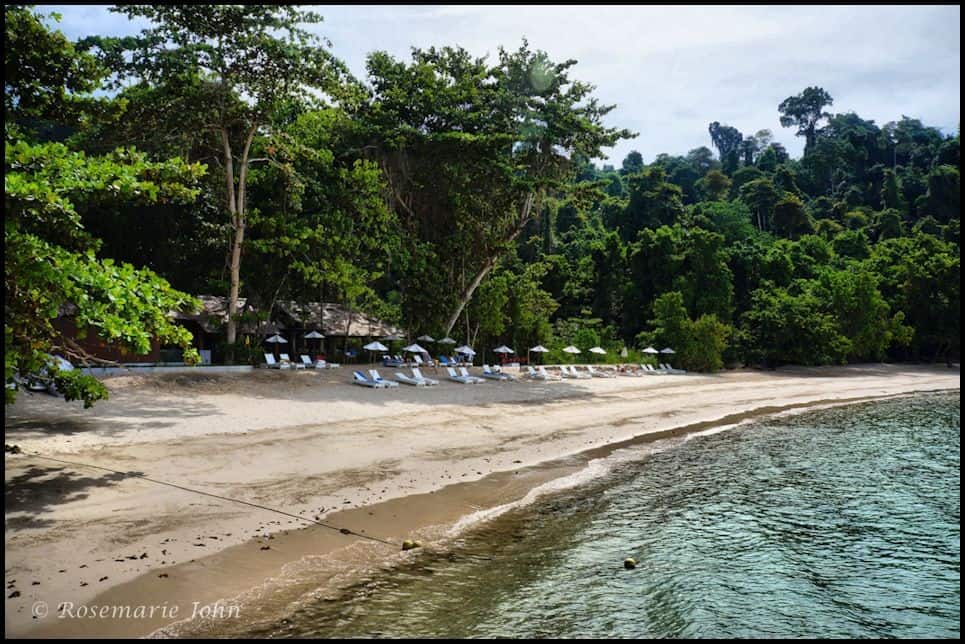 The private enclave where guests can come to bask in the sun and snorkel too!

Gaya Island Resort is located on Pulau Gaya, the largest of a cluster of five islands that form the Tunku Abdul Rahman Marine Park, a natural conservation area off the coast of Borneo, close to Kota Kinabalu. GIR has a unique setting: the land is fringed with a golden sandy beach, rocky coastal outcrops, and surrounded by coral reefs. For more information on accommodation, dining and activity rates, call Gaya Island Resort at (65) 6836 2455. The nearest airport is Kota Kinabalu International Airport and land transfer is approximately 15 minutes from the airport to Sutera Harbour Marina. The journey time from Sutera Harbour Marina is approximately 15 minutes by speedboat.

Disclaimer: We thank YTL Hotels for inviting Travel and Beyond to an exclusive stay at Gaya Island Resort. However, as always all opinions expressed are exclusively that of the author(s).