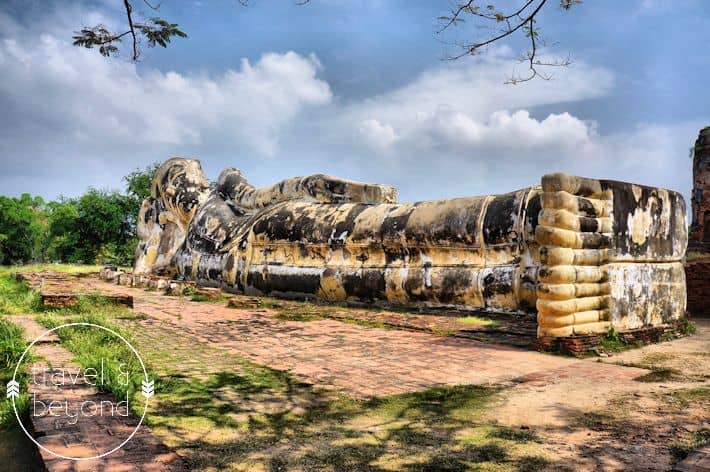 Known to the locals as Phra Buddha Sai Yat, this 37 meters long reclining Buddha is all that is left of a once royal temple. Many people still place offerings in a make-shift alter in front of the statue. Buddha’s head is resting on a lotus and at the opposite end of his body, his legs and feet overlap squarely with all his toes being of equal length. There isn’t much information listed at the site and you have to rely on what a local or tour guide tells you, and each version can vary quite a bit.

The 8 meter high reclining Buddha is usually draped in a large marigold robe, but this was not the case when we visited. The royal palace that once stood near the temple was levelled to the ground in 1767 during the Burmese invasion of Ayutthaya, the former capital of Thailand. Hence all that is left to see apart from the statue is a solo standing prang (tower). 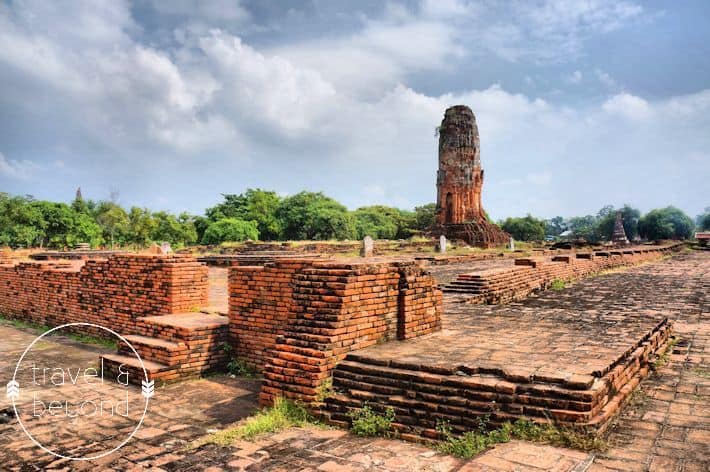 It was 29 degrees and extremely humid when we visited. We were not impressed when we first got out of our stuffy vehicle, maybe it was the heat that got to us, or maybe we were just tired from the journey. But after looking at the pictures we took of it again, the statue is somewhat unique considering what it must have meant to the King and all the king’s men during its heyday.