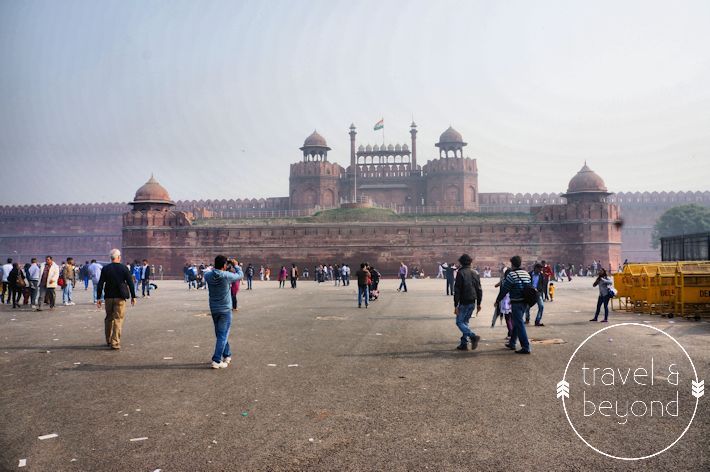 This year we decided to celebrate my 33rd birthday in the historical city of New Delhi.  And before getting there I envisioned a great city that inspired many an ancient king and emperor including the British Raj to set up their political and financial centres to govern the entire Indian subcontinent. It is also the seat of the current Indian governance and I just couldn’t wait to get there to sample the flavours of an ancient culture. But my first impressions were a mixed bag of emotions that bordered more on disappointment than elation.

Don’t read me wrongly; the Indira Gandhi International Airport was a great airport to land at. The immigration officer was one of the sweetest and most inviting officers I ever met in all my travels. He was extremely cordial and welcoming and I passed immigration check with a smile on my lips. But that smile did not last long.

Outside the airport the skies were dull, grey and covered in smog. It was initially difficult to breathe… there were touts in every nook and corner trying to sell something or the other. They converge on you like a swarm of flies attracted to honey. Somehow we wrestled our way past them towards the vehicle that had been assigned for our two week trip around North India.

Hurrying along the covered walkway we headed towards what seemed like a spacious large vehicle. It was called a Tempo Traveller and was meant to be our ride for the 14 days. But here is a word of caution – contrary to all the pictures and advertising you may see regarding the Tempo. It is one of the most uncomfortable vehicles you can ever come across. It’s built to please pixies. The seats are narrow and badly padded and the ride is superlatively bumpy especially given the standard of the roads in the subcontinent

Two hours later while in a congested Delhi traffic (we had not still arrived at our hotel yet); we decided that the Tempo Traveller had to be discarded.  Our bones ached every time the vehicle hit a pothole. The driving was terrible. The vehicle had no seat belts and the terrible musty smell inside the vehicle which had windows that could not be opened made matters worse. 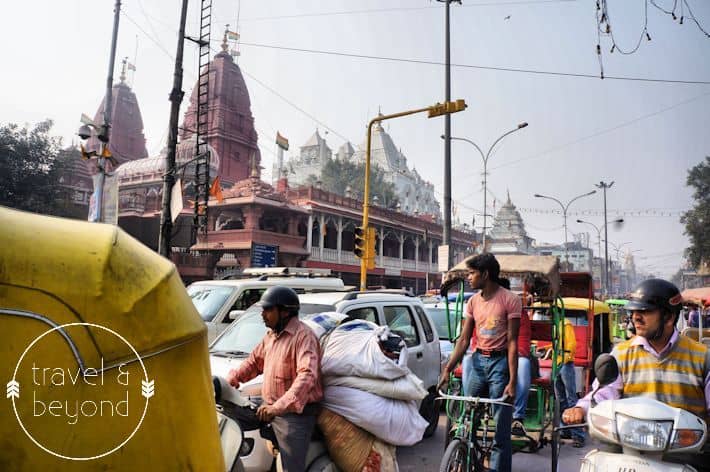 Three hours later (still stuck in traffic), we decided to call our tour company and speak our mind. We were yet to pay the remainder 50% of our trip as that was meant to be paid upon arrival at the hotel. We used that as leverage and stood our ground. We said no to the driver, no to the vehicle and that we were capable of cancelling our entire holiday if things were not fixed. And quite honestly we would have cancelled the trip if we had to ride that bus with a driver from hell.

The tour operator empathised with our situation and agreed to change the vehicle to a Toyota Innova – a much more comfortable option. It took him some time to sort it out but it was agreed that the vehicle will be changed but only the next morning. We would still have to use the Tempo for the rest of the evening.

Finally we arrived at the Crowne Plaza Today and the welcoming smiles that greeted us eased some of the frustration and disappointment we were experiencing.  We got to our rooms (we had our parents in tow), freshened up and headed out to lunch based on the recommendation of our tour company.

Fresh and back aboard the bone crushing and gut wrenching Tempo Traveller, we went out to grab some lunch. This was to be our first meal in India. The hunger pangs somehow made the ride bearable. We were going to have lunch at a restaurant called Karims.

We groaned, grumbled, peered at the mass of humanity outside, wondered about the dusty skies, gaped at the driving skills of the Delhiites,  fell off the seats a couple of times in the  2.5 hours it took to reach Karims in Karol Bagh. But boy was the ride worth it! Karims had some of the best tasting Indian food I had ever tried in my life and it was an amazing introduction to Indian Muslim cuisine.

We had Mutton Biryani, Chicken and Mutton Stew and Mutton kebabs (my father’s favourite). The food was rich and beyond doubt the best food throughout my entire two weeks on the road. So our first day in Delhi wasn’t so bad after all… coming over good food always puts a smile on my face. 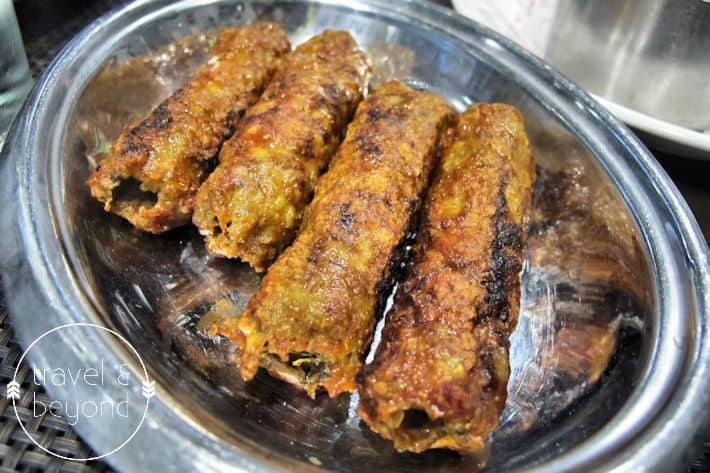 The best kebab we have ever had 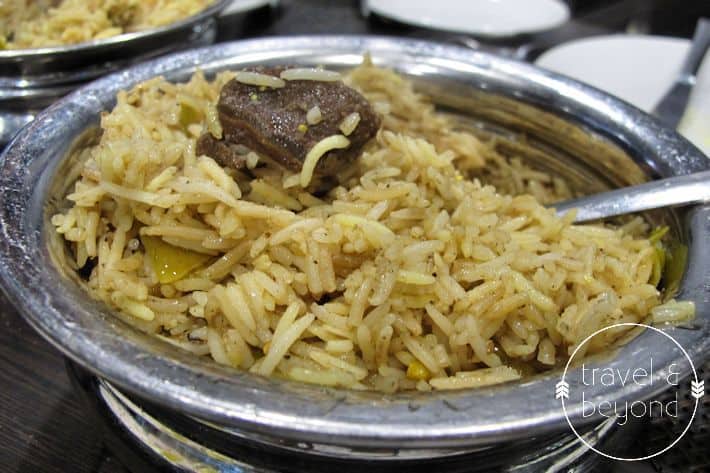 While seated in the restaurant, the waiter informed us that someone was waiting for us outside. It turned out to be our new driver and the Toyota Innova the tour company had promised. They had brought the car to the restaurant to give us the peace of mind that our trip onwards to Shimla would be a good one. We were relieved to have a change of driver. His name was Rajesh and an extremely pleasant chap. He would take us to Shimla and he will start with us tomorrow.

Having discussed  and finalised our pickup time for tomorrow, we continued our gruelling two hour return journey in horrendous traffic back to our hotel in the foul smelling , narrow seated vehicle with the aforementioned grouchy driver from hell. Oh dear what a nightmare!

Traffic in Delhi during the week days can be horrendous and if you are short on time like us, it can really get to you. All the sight-seeing plans we had for our day in Delhi since we landed early in the morning had gone down the drain. Not to mention, a useless driver who kept saying he wouldn’t take us down this or that road because it would be too congested. So instead of arguing with an uncouth person, we decided to go get a local sim card so we could save money on roaming charges. 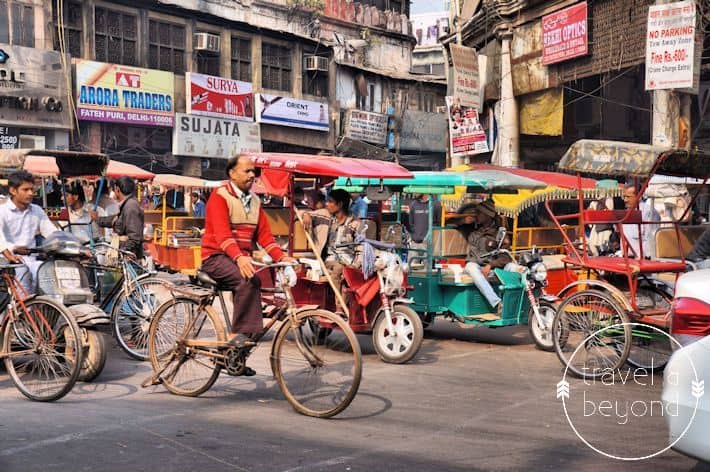 It turns out, that every network operator we went to not only wanted  three photographs but also proof that we were tourists in the country. They didn’t accept our flight tickets or passports but instead wanted a written letter from our hotel that we would be residing there. With just one day in Delhi and the traffic jam in front of us, it was quite impossible to fulfil their demands. And when we did find a network provider that would accept our documents that we already had in hand, they said it would take 3-5 working days to get approval and that they couldn’t guarantee activation either.

Whatever the reasons for all these security measures that India takes in issuing a prepaid card, it is very frustrating for a tourist or businessperson who wants to be connected with family and friends. Most of our readers follow us on social media and who were equally keen to experience our journey as we undertook it. So we decided then that we will forget getting that Indian sim and activate our international roaming instead.  It just solved a lot of headache in an already chaotic city. We regretted not getting the sim cards from the airport itself, as it seems to be much easier to do so than trying to get it in and around the city. But those touts at the airport just made us flee.

We finally reached our hotel at 10pm, washed off the grime and dust of the arduous day and went to sleep. We were thankful that we made sure we picked good comfortable hotels for our journey. I have always believed that if anything has to go wrong on a trip, a good clean hotel is a great sanctuary to ease the frustrations of the day away. 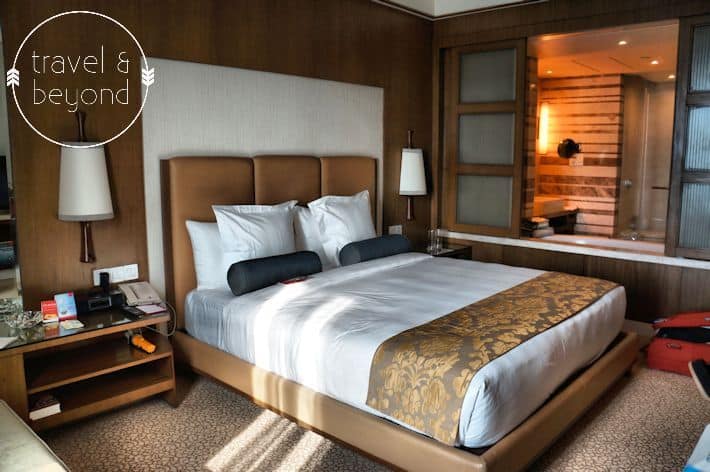 Our clean and comfortable room in Delhi – The Crowne Plaza Today

The alarm rang. It was 5am and I was all geared up. There was a chill in the air. The sun had not risen, yet I was fresh, happy and ready to start our journey. We had breakfast and met our driver who was already loading the suitcases on top of the vehicle. I was worried about them flying off, but he guaranteed us he knew what he was doing. There was something very genuine about him that gave us a sense of peace and calm. 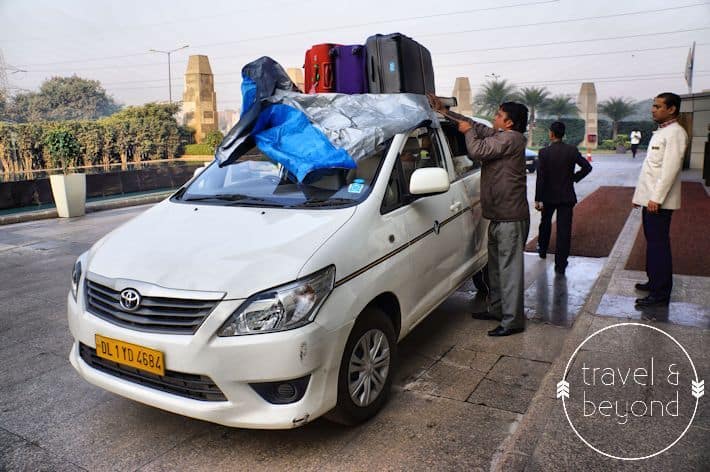 Our driver Rajesh, tying our bags on top of the car

6:30 AM:  The sun was rising. Outside the hotel one could see the smog filled streets . The monstrous traffic had not woken yet.  Just a few pedestrians hurrying off for some early morning chores. We were leaving before the city woke up to do battle with itself again.

Off to Shimla then, the erstwhile summer capital of British India. I was happy to leave the polluted city of Delhi. The sights that unfolded after we left the capital was nothing short of spectacular. 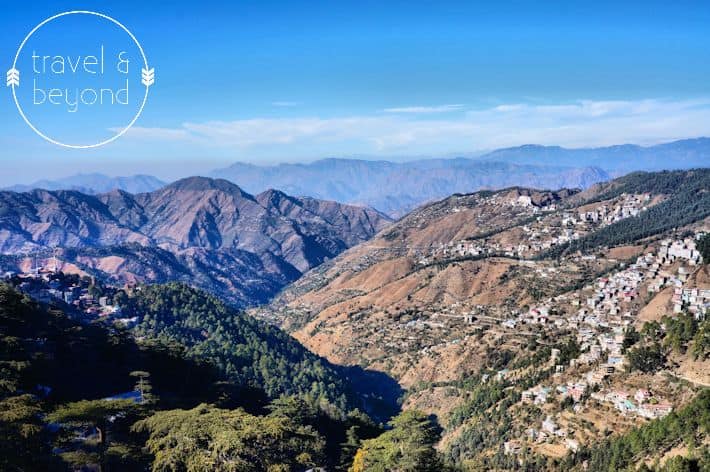 Our journey through Himachal Pradesh changed our sour first impressions of India into a fascinating journey to see what we call the greatest superstar of Indian Tourism – the magnificent Himalayas!

Stay tuned for our upcoming posts on the beauty of Himachal Pradesh.