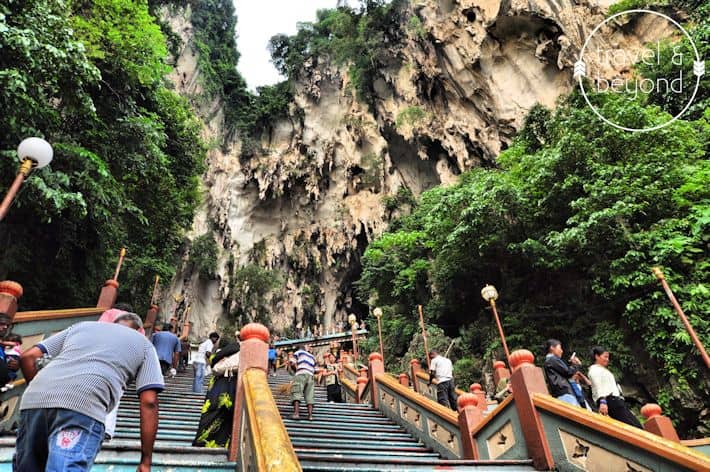 Cooing pigeons flew over my head. The sound of temple bells inviting the Gods to accept the prayers of the devoted reverberated around me. The temple guardians (dvarapala) stand vigil protecting the sacred precincts from malevolent forces. Resident macaques scale the limestone walls and the colossal 140 feet tall golden statue of Murugan, the primary Hindu deity worshipped at Batu Caves stands as a testament to the faith of the hundreds who make their daily offerings at the temple lodged in a cave about 400 feet above ground level.

The 400 million year old cave formations are a mighty sight. The insides of the cave have been home to the Sri Maha Mariamman Temple for 120 years. Prayer chants echo through the cave walls and the rising stalagmites and drooping stalactites create a unique atmosphere. The opening of the cave right at the top creates a beaming light effect and the darkened corners come alight as the clouds shift away from the sun.

This is no tourist spot. It is in fact a place of deep meaning, a place where tens of thousands of Hindu devotees end their yearly pilgrimage during the Hindu festival of Thaipusam. It is a place of hope, prayer and devotion.

I am not a Hindu. I do not know their customs. I suddenly remembered the many cathedrals I visited in Turkey and how important it was for visitors to show respect to those worshipping. Photography was not allowed. We weren’t even allowed to speak loudly. I felt I needed to be respectful and put my camera aside when I reached the top of the cave after a 272-step climb.

The hoards of tourist that day at Batu Caves especially the ones at the top of the cave were busy photographing temple worshippers with full flash photography and somewhat devoid of respect. I found it simply rude. It made me approach my Hindu friends in Malaysia to ask them what Batu Caves means to them so I can share with the world how one tourist spot can be a very sacred place to another. Here are what a few of them had to say…

“I have visited Batu Caves numerous times since my childhood and each time my perspective of it changes. Initially it meant attending the yearly occasion of Thaipusam which to me as a child represented a huge carnival as well as saying our prayers. In recent times however, my perspective has turned more towards spirituality and experiencing it in the midst of beautiful green hills and caves on any regular day” – Jothi Karuna

“I go every year. I walk every year. It’s my outlet where I show gratitude. The 5 to 6 hour walk brings some weird sense of peace and accomplishment to me… Something I don’t get in any place else due to all the music and vibes from other Hindus. The final walk up the stairs is mind blowing to me. I feel purified. I feel blessed. I feel like I’ve spoken to Him without needing to speak” – Annusalya VijayKumar

“To me Batu Caves signifies (i) devotion to lord Murugan of Malaysian Tamils and Tamils around the world (ii) religious tolerance in Malaysia, where everyone is able to practise their customs and (iii) Thaipusam, as the epicentre to celebrate one of Hinduism most revered festivals that brings the devotees closer to God” – Sivanesan Subramaniam

“The spectacle of pierced bodies and skewered cheeks is not the main attraction of the Thaipusam festival, as Hinduism requires its followers to treat the human body as a temple for the Divine to reside. However, the religion is also all-encompassing and allows all forms of piety. For me, my yearly walk, following the chariot, from the city to the Caves during the celebration is spiritual journey, one that enables me an immersive experience with fellow devotees. A focussed mind and joy in the heart are all that is required to get the blessings of Lord Muruga” – R.Rajendra

I really feel there should be a rule of no photography at the temple up in the cave. It would at least give worshipers more privacy as they duly deserve.

The temple grounds below are also home to many other smaller temples devoted to other Hindu deities. They are elaborately decorated on the outside with stone or plaster carvings depicting religious anecdotes. These divine images on the outer walls of the temple help worshipers recall the sacred stories they have heard or read. Here are some of the photos I captured on my visit. 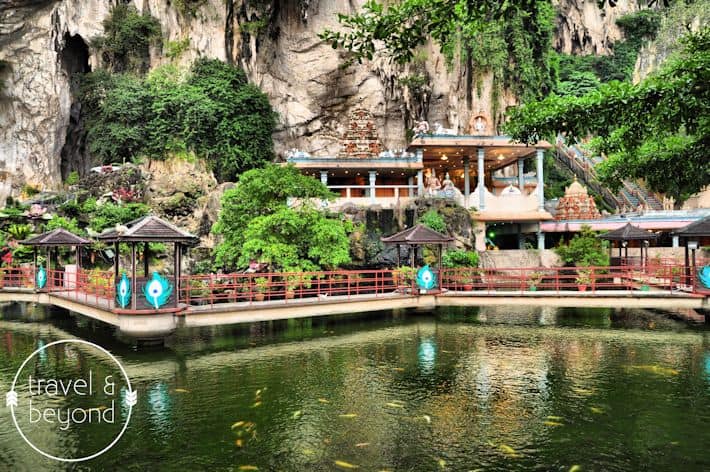 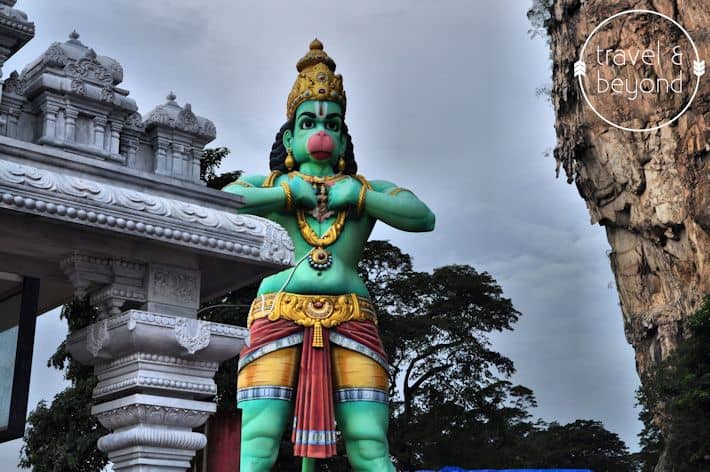 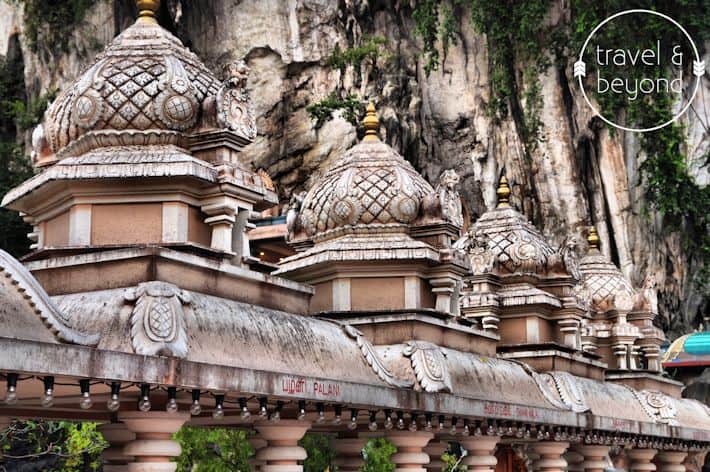 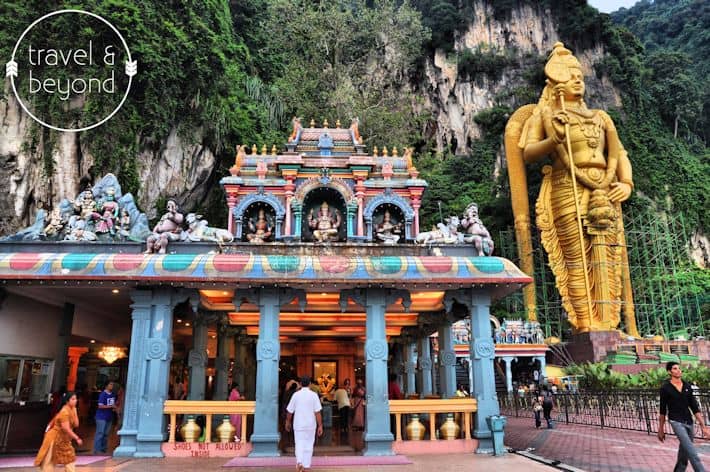 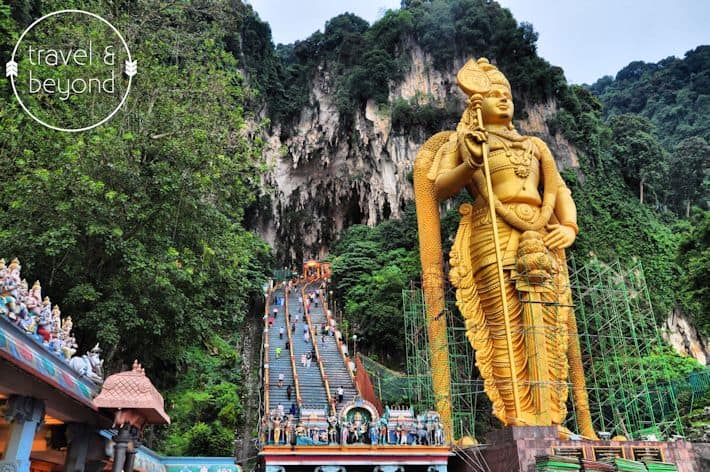 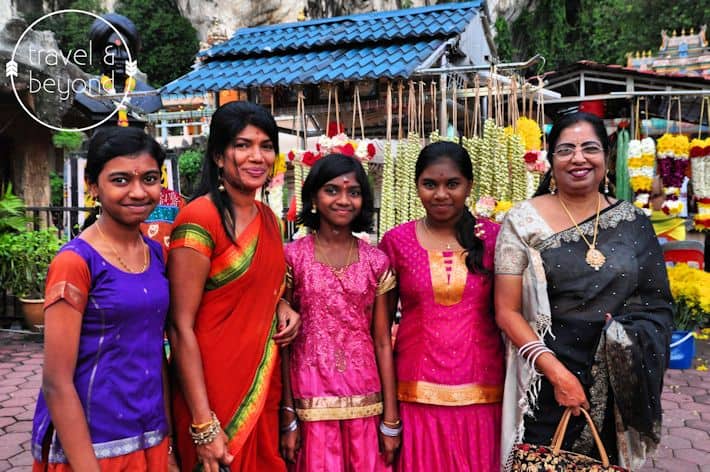 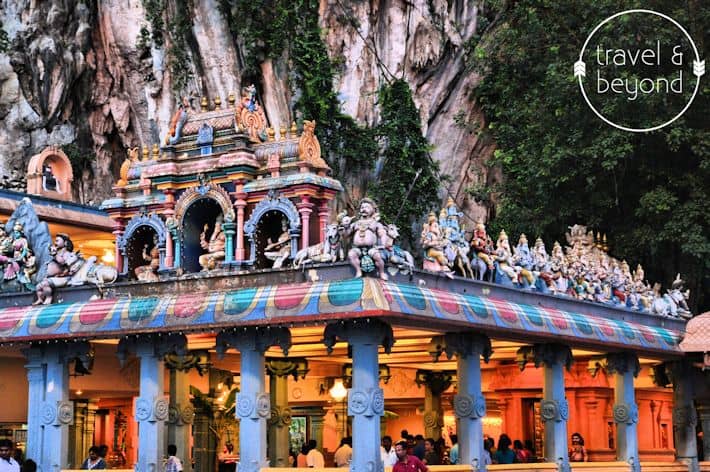 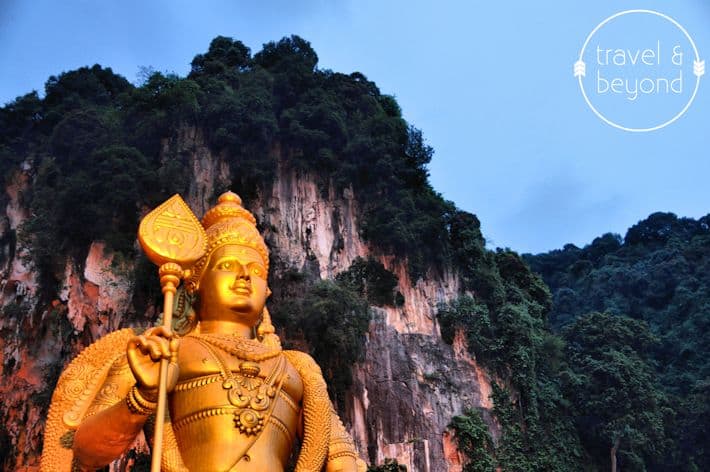 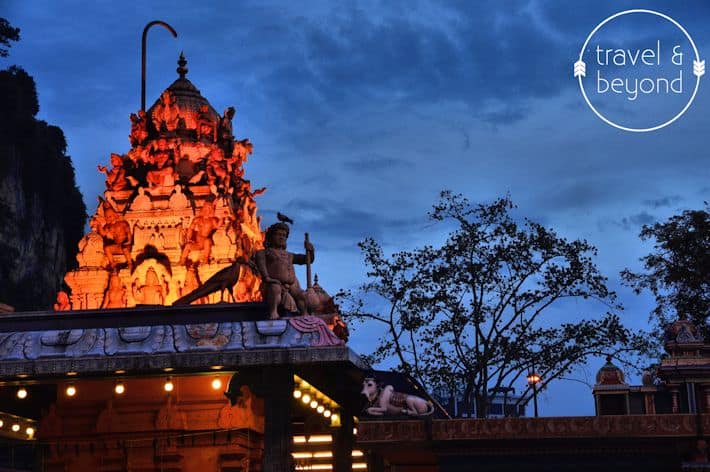 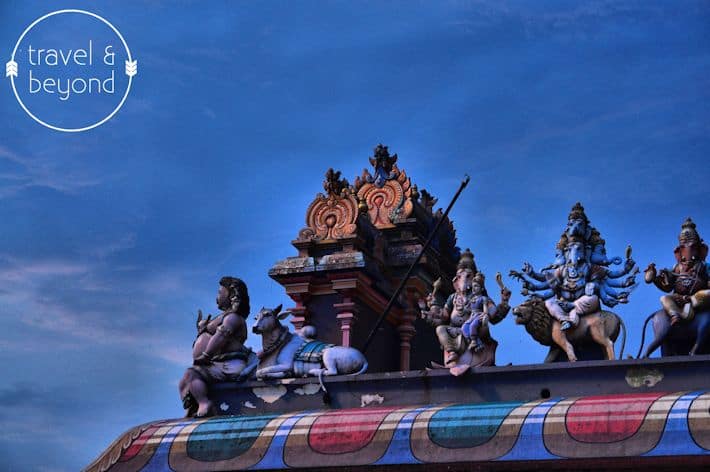 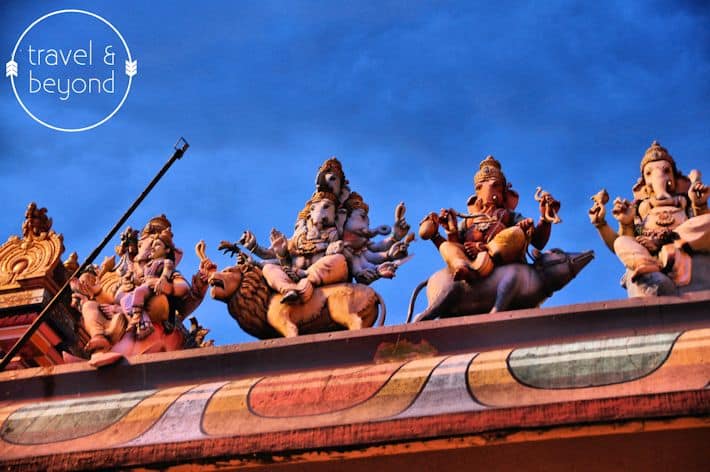 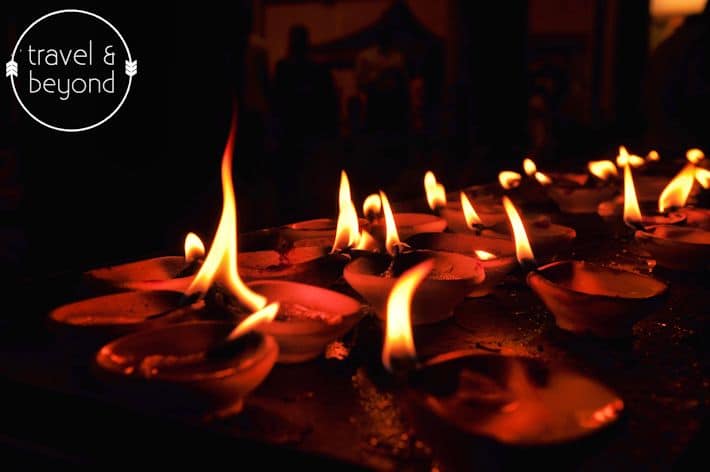 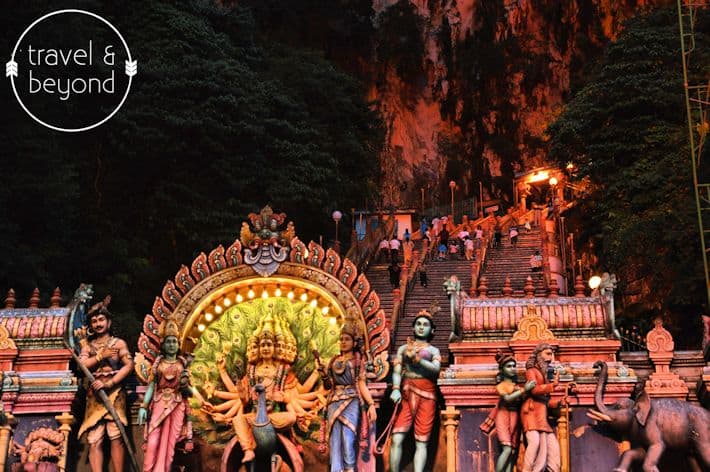 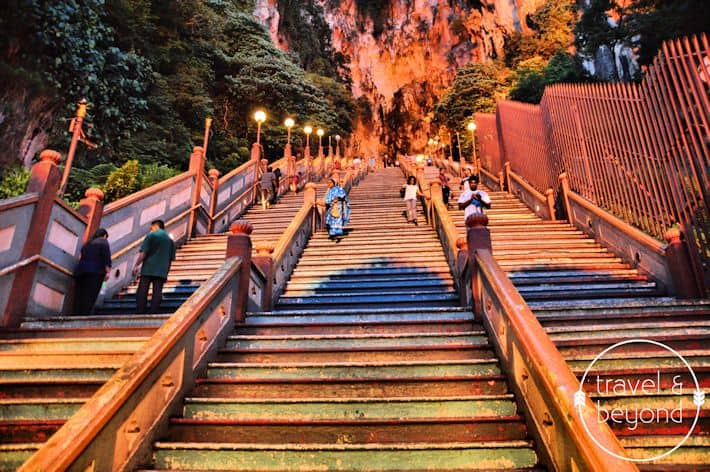 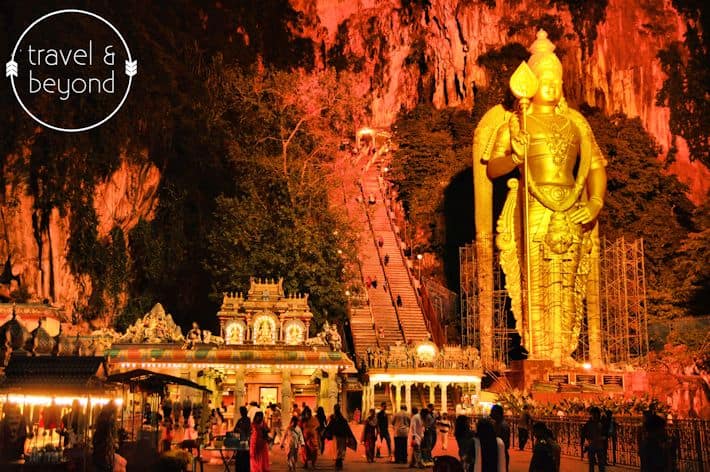