The Great Mosque of Xian – Oldest Mosque in China 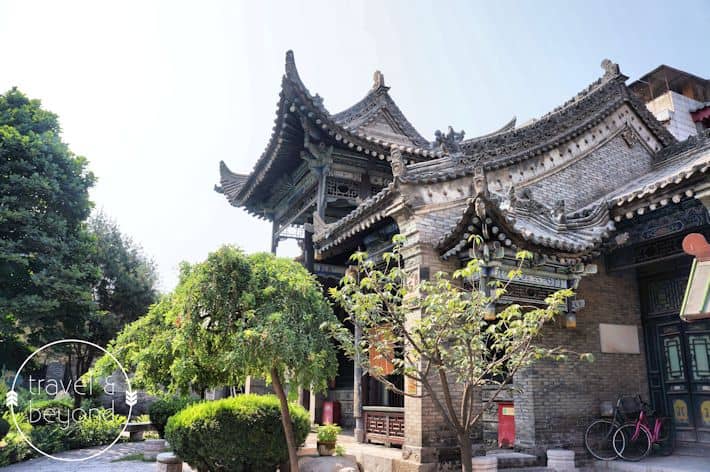 I was standing in a sacred location, a place that has served the Muslim community of Xi’an for more than a millennium. I was in China’s oldest and most renowned mosque. Laid out like a traditional Chinese Temple, the Great Mosque of Xian was built in 742 AD during the Tang Dynasty.

The Great Mosque was built to honour the founding of Islam in China. The religion was brought to the country by an Arab ambassador to the Tang emperor in the 7th century, less than 20 years after the death of prophet Muhammad. Located in the heart of the Muslim Quater, the mosque was frequented by descendants of the Silk Road merchants who came to China from Persia, Central Asia and the Middle East. However, the number of Arab traders operating in China was relatively small. It was not until the 13th century, when Kublai Khan expanded the Chinese empire westward, that the large numbers of Muslims were forcibly resettled in China as soldiers and artisans. Although most of these Muslims maintained their cultural heritage, they gradually mingled with the Chinese, creating a distinct minority known as the “Hui people”.

I meandered my way through the Muslim Quarter, through its narrow paths with parallel trading shops on either side that were selling handicrafts and jewellery. I was tempted to buy a few trinkets but my aim was to get to the mosque first.  As I ducked swiftly to avoid a sturdy and very tall trader that walked past me carrying a heavy load of gunnysacks on his shoulders, I suddenly realised that I had reached a fork in the path that led to the mosque. One small right turn and I had arrived.

The edge of the roofing structure that could be seen from above the high walls looked nothing like a dome. I was intrigued. The mosque is a fascinating blend of Chinese and Arabic architectural influences. You will find Arabic calligraphy on the walls, but the typical domes and minarets of a typical mosque is not seen anywhere throughout the grounds. Instead, the great most of Xi’an consist of pagodas, archways and spirit walls that are synonymous with a classic Chinese temple. 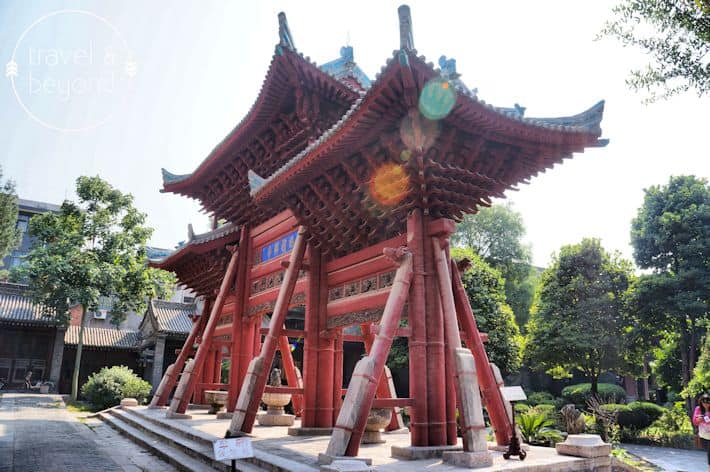 The wooden memorial archway was built over 390 years ago. 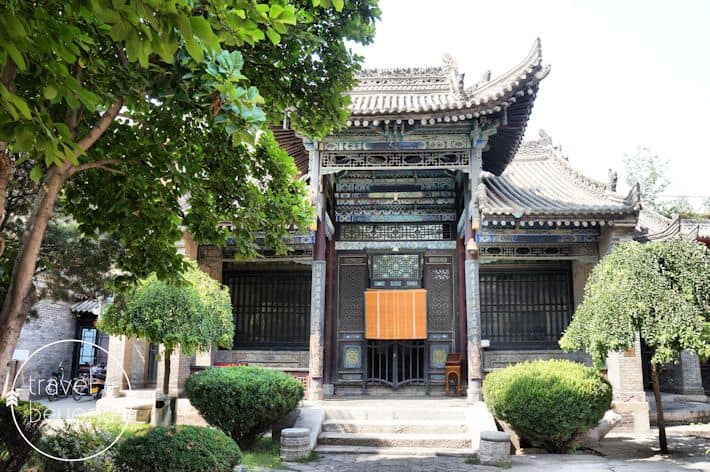 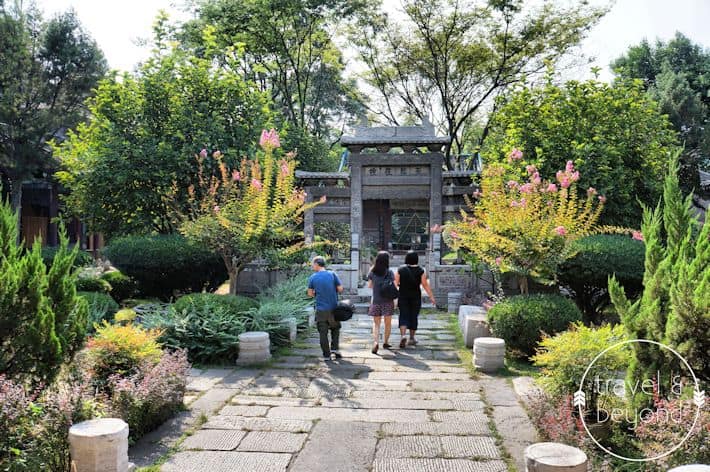 The stone memorial gateways were built during the Ming Dynasty. 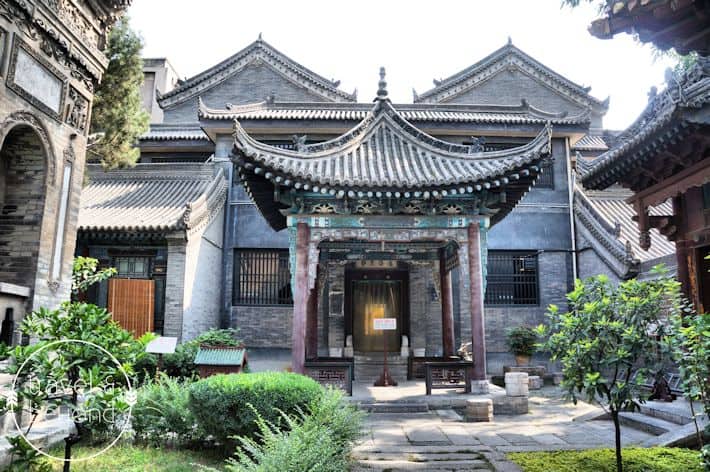 The mosque is built in a shape of a rectangle  from the east to the west, and is divided into four courtyards. 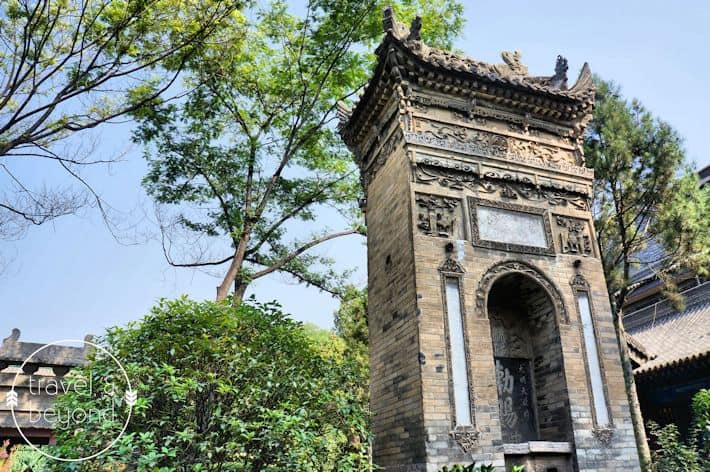 One of the two steles of the stone gateway with floral motifs carved in the brick, and stone dragon heads crowning the hipped roof. 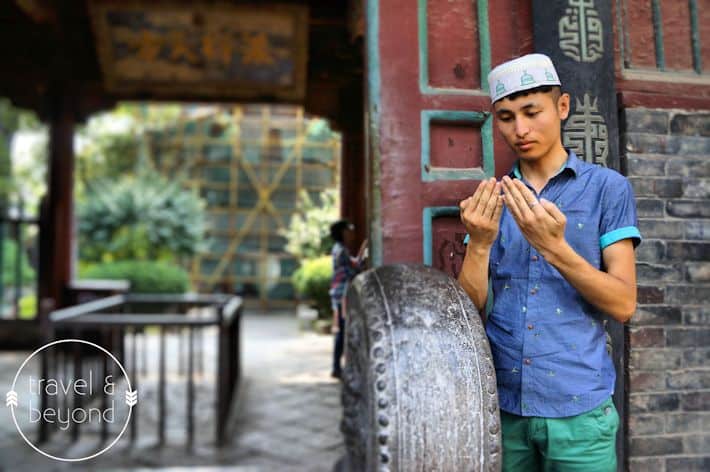 A local Chinese Muslim man of Hui descent that I made friends with at the mosque who allowed me to photograph him.

The prayer hall and pagoda were under maintenance with scaffolding around it, so I did not take any photos of them. Non-Muslims are not allowed to enter the prayer halls but can wander around the courtyards freely.

Tigerair flies to Xi’an from Singapore three times a week. It is an awesome route to take when flying out of Australia as Tigerconnect, offers hassle-free transfer facility at Changi Airport. This allowed me to transit seamlessly and it can allows passengers access to more destinations on their network. Visit tigerair.com for more details.

Grand Park Xi’an – Located just two minutes from the metro station, this lovely hotel is also a five minute walk from the City Walls, a twenty minute walk to the Bell Tower and an hour’s drive to the famed site of the Army of Terracotta Warriors and Horses. The hotel offers complimentary Wi-Fi and has a lovely breakfast spread offering both Chinese and Western cuisine. Address: 12 Xi Duan, Huan Cheng South Road, Xian 710068, Shaanxi, China. Visit their official website for rates.

**I was a guest of Tigerair. All opinions are entirely my own.