7 By the Lake on Kingston Foreshore – A Review 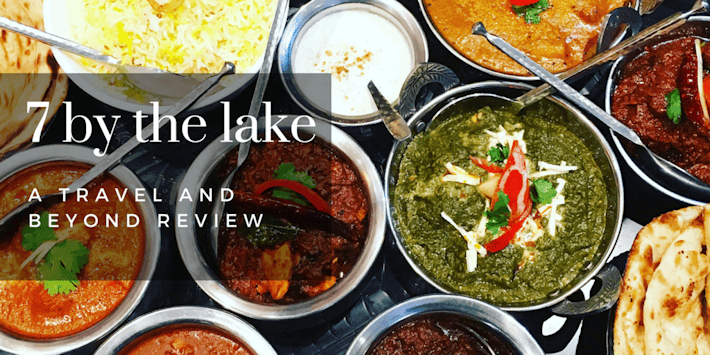 Indian food. The first thing that comes to mind is the tempering of  fragrant spices. For me, it rekindles the nostalgia of growing up in a multi-cultural country where aromatic Indian food is found in every suburb. Fast-forward a few decades… a new home and two matured palates later, we find ourselves at 7 By the Lake on Kingston Foreshore – a new addition to the foreshores’ impressive array of dinning by the water.

Thirty-six states and union territories (29 states and 7 union territories to be exact) make up India. It is a vast subcontinent of various cuisines, cooking styles, spices and food that are heavily influenced by religious and cultural traditions both local and foreign i.e. Central Asian and Mughal.

We have rarely been to an Indian restaurant outside of India that offers a taste of all thirty-six states and territories. It would be too daunting a task, we would imagine. What 7 By the Lake offers however, is a taste of seven states out of the whopping 36.

Our palates were in for a treat as we were about to sample Maharashtrian, Punjabi, West Bengali, Rajasthani, Goanese, Gujarati and South Indian dishes.

“I want to offer my diners the best culinary experience of India with dishes I truly feel describe Indian cuisine”, said Sushant Bhole, who owns 7 By the Lake.

With years of Indian catering experience behind him, Bhole hopes to steer his patrons away from popular regular dishes and to try something more gourmet like Laalmass. A favourite dish of Rajasthani royalty before India became a republic; Laalmas is made with yoghurt, garlic, spices and a burst of red chilies often prepared with game meat after a royal hunt. Today, it is prepared with lamb.

While majority of Indian restaurants emphasise on their versions of Butter Chicken, Korma, Rogan Josh or Vindaloo, this does not define Indian cuisine. India was invaded by several empires; Macedonian, Persian, Mongolian and Turkic just to name a few, creating a further infusion of cooking techniques and styles throughout the country. The introduction of potatoes and chillies by the Portuguese, took Indian cuisine to newer heights of culinary delight.  It is for these reasons, we find the dishes on offer at 7 By the Lake all that more exciting. The restaurant takes you on a journey, a journey through seven states that have such fine and varied cooking techniques and cultural history.

“Butter chicken is listed on my menu for my patrons who prefer the familiar”, states Bhole. “The rest of the menu is for the gourmand, for diners who seek the epicurean way”, he adds.

A whiff of deep fried aroma hits the table. Served on a cast iron plate, Chicken Lollypop is Szechuan marinated frenched chicken winglet. With India sharing its borders with China and Chinese migration into the country over centuries, Indo-Chinese cuisine flourished. Holding the aluminium foil end of the winglet, we bit into the juicy meat. This is a dish often found on the streets of Mumbai, Maharashtra. It is also one of the most favourite and preferred pub food in India.

West Bengal is known for its fish delicacies, but is also famous for its street food. 7 By the Lake makes a lovely appetiser dish called Palak Papdi Chat. Made from diced potatoes, chat masala, onions and roasted cumin topped with crispy spinach fritters, yoghurt, tamarind, mint and coriander chutneys; it was crunchy and tangy dish and immensely enjoyable.

It was very hard to pick a favourite but we have unanimously agreed that our most favourite main dish was the Kolhapuri Chicken. The toasted grated coconut flavour that came through in each mouthful was addictive. Cooked with bay leaf, cinnamon, cloves, black pepper and ground Kolhapuri paste, the gravy was thick, dark maroon and nutty.

Indian food. Its complex flavour pairing and its hodgepodge use of chillies, turmeric, cardamom and other poignant ingredients are unlike anything found anywhere else around the world. And if done right, you’ll find yourself savouring it over and over again. This, in a nutshell is what 7 By the Lake offers.

The vibrant colours on the table enchanted us. Intoxicating aromas enveloped and tantalised us. No dish looked alike. They definitely didn’t taste alike. The golden rice was hot and steaming and the variety of breads, soft and flaky. It was a night of decadence in copper bowls. 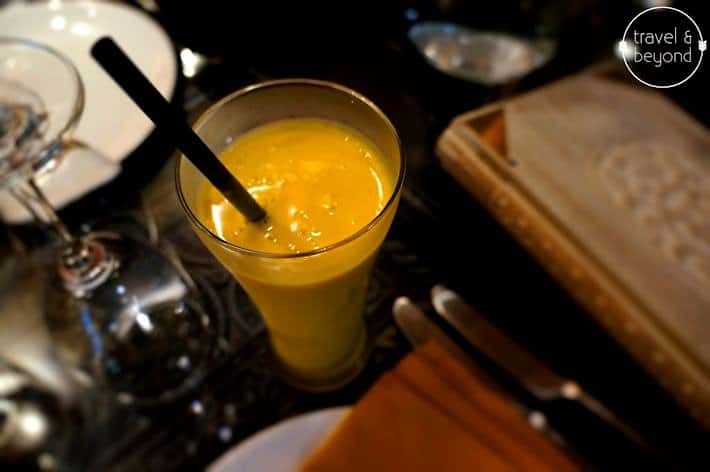 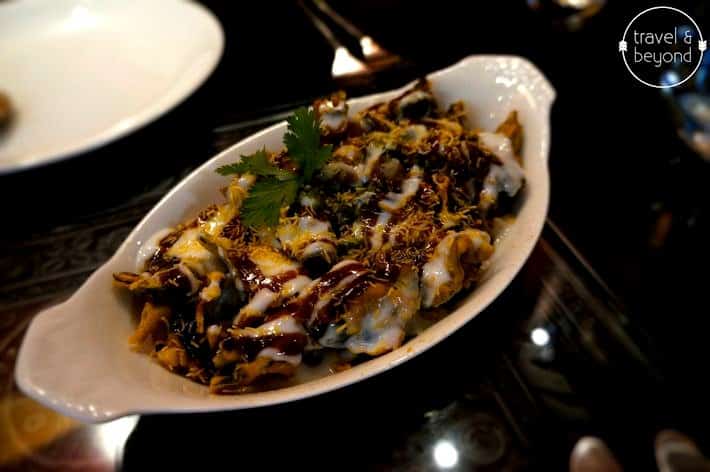 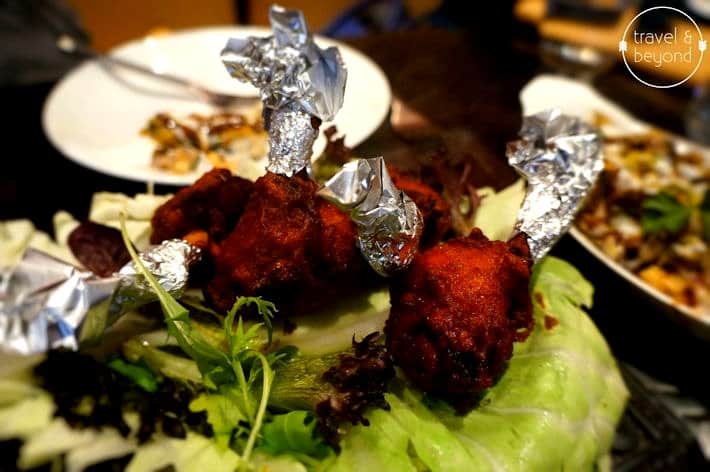 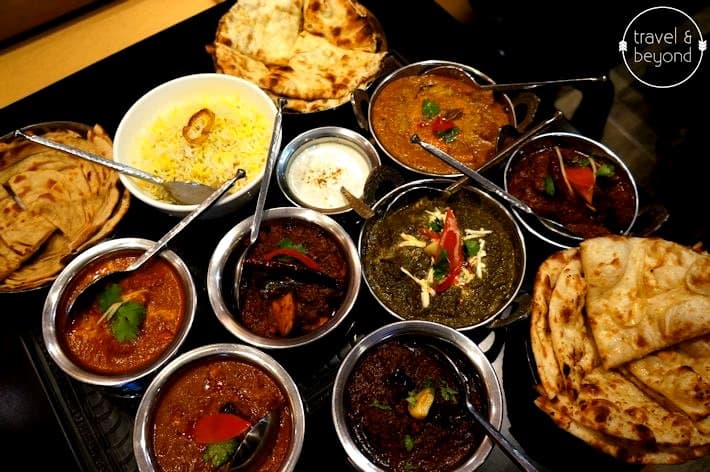 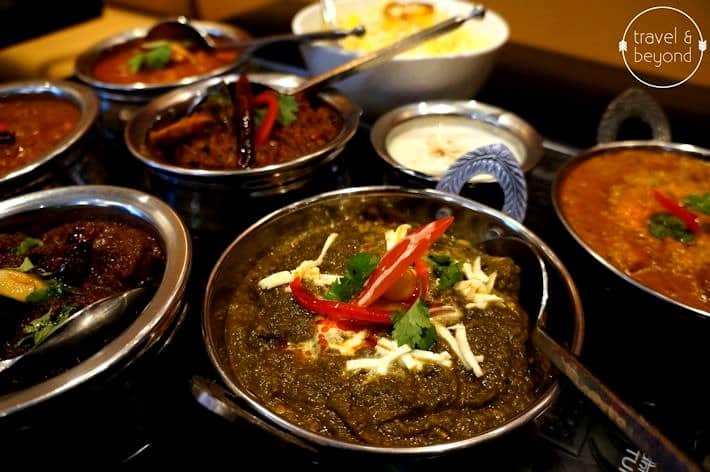 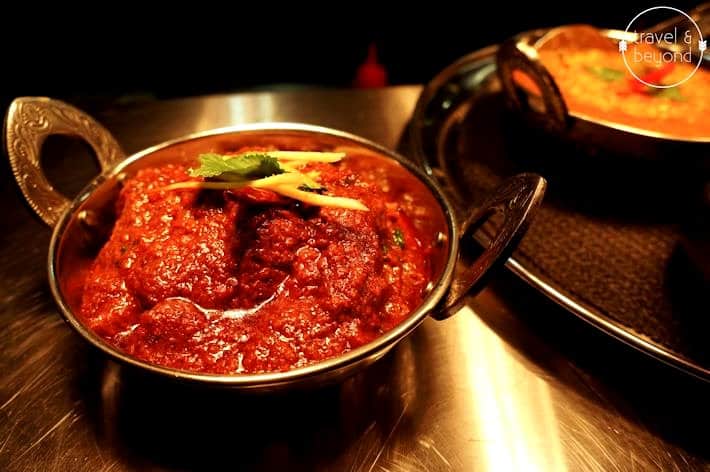 There is a new and improved menu at 7 By The Lake and we have had a taste! We sampled the “The 7 Experience” which cost $49.50pp and consisted of:

What caught our interest was the inclusion of Tangdi Kebab (marinated chicken drumsticks cooked in a tandoor) on their menu. We are definitely returning to try it out soon. The new menu which categorises dishes according to each state makes it easier if you’re looking to savour a particular style of cooking.

We’ll be lying if we tell you that only one new item sparked our interest. Banjari Gosh and Bhoona Kukda from Rajasthan and Fish Baingan from Goa are dishes we are very keen to savour. If you’re looking to try Indian and love dining by the lake, 7 By The Lake is the place to go! 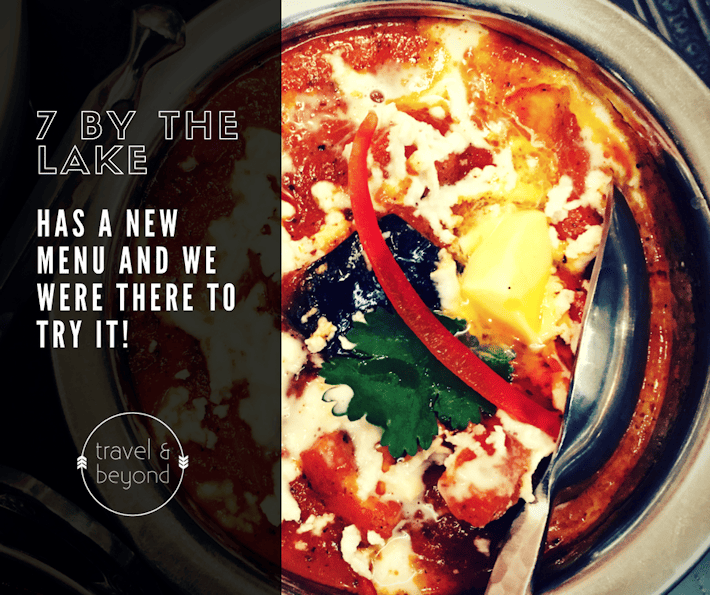 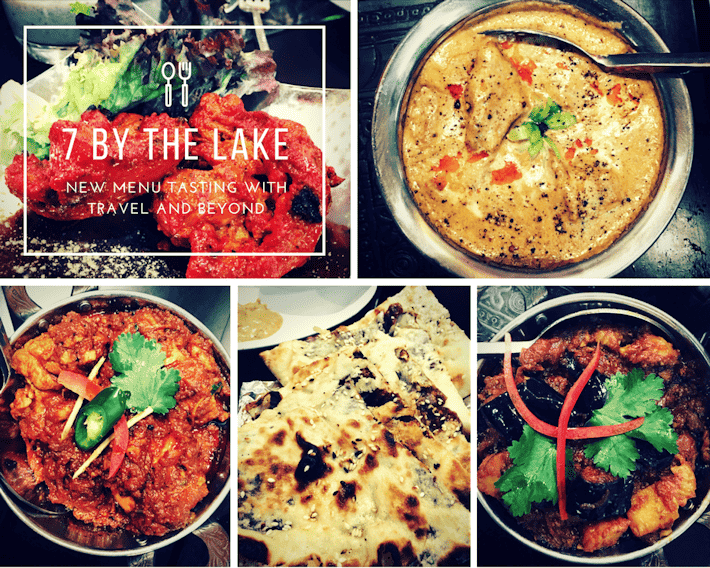 7 By the Lake is located at 143/41 Eastlake Parade, Kingston ACT 2604. Visit the official website for more information.

**We were guests of 7 By the Lake. All opinions are entirely our own.