Confluence Festival of India in Australia comes to Canberra

Confluence Festival of India in Australia is a showcase of Indian arts and culture taking place in seven cities across the country between August and November 2016. It’s coming to Canberra from 17 September to 8 November 2016!

The six city festival is the most significant exhibition of Indian arts and culture ever to be staged in Australia, involving world class performers well beyond Bollywood alone. From the classical to the contemporary, Confluence is a showcase of the stunning and vibrant variety of India’s artistic cultures and traditions.

I haven’t visited every single corner of India yet but I have always felt that the colours and heritage of India can be seen through its rich cultural diversity that spreads from the arid deserts of Rajasthan to the lush paddy fields of Assam displaying classical forms to authentic ritual folk offerings. For a country dating back to the prehistoric period of the Indus Valley and the ancient civilisation of the Mauryan Empire, its culture has been enriched by successive waves of migration that were ultimately absorbed into the Indian way of life. Experiencing this bountiful country through the rhythmic beats of its drums, expressive dancers and mesmerising costumes allows us to truly savour a microcosm of India purely through a celebration of artistry and performance.

The schedule of events for Canberra can be viewed here. 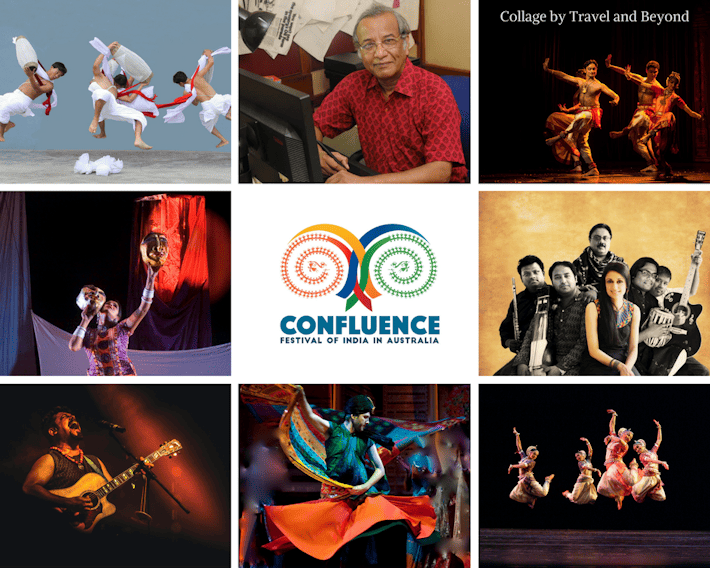