As someone who always enjoys a cold beer on a hot day, I was thrilled when Rosemarie asked me if I’d like to review the new tinnies (that is, beer in a can) from BentSpoke Brewing Co.

At this time of the year, when the weather is warming up and things begin to wind down, a lazy Sunday afternoon is the perfect time to relax with a drink and soak up the sunshine. I stocked up on crispy and crunchy snacks, pulled up some chairs on the balcony, and – with some enthusiastic help from my partner – began the task of reviewing the Crankshaft and Barley Griffin beers. 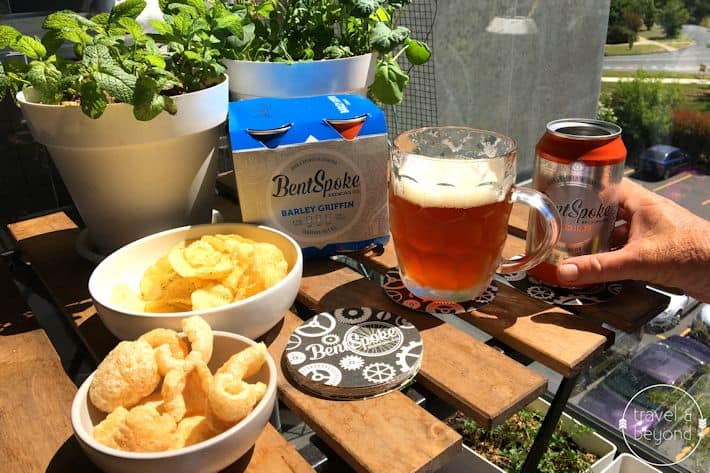 The BentSpoke Brewing Co beers come in the standard size 375ml cans, but the cans themselves are unlike anything I’ve encountered before. Instead of having a small hole to drink from when you open the ring-pull, the entire top of the can comes off. Another nice feature of the BentSpoke cans is that along with the standard alcohol by volume labelling that’s required, they have diagrams that show the amount of hops, malt and yeast contained within each beer. I’m sure this comes in handy when trying to decide which beer to choose!

The first beer we tasted was the Crankshaft, an India Pale Ale. It comes in an orange and silver can, and the beer itself was a deep amber colour and had a nice citrus aroma. While I’m not usually a fan of IPAs (I find them too strong and too heavy for my liking), the Crankshaft was surprisingly tasty. It was zesty and tangy, and full of flavour, and I found myself enjoying it much more than I had anticipated. It was actually our favourite out of the two, and I think it would pair nicely with a spicy curry or some fish and chips, or even with BentSpoke’s famous Grain Crusted Hot Wings. I would definitely recommend drinking it accompanied with a meal though, as at 5.8% alc/vol and 1.8 standard drinks per can, the Crankshaft is a fair bit stronger than your average full-strength beer. 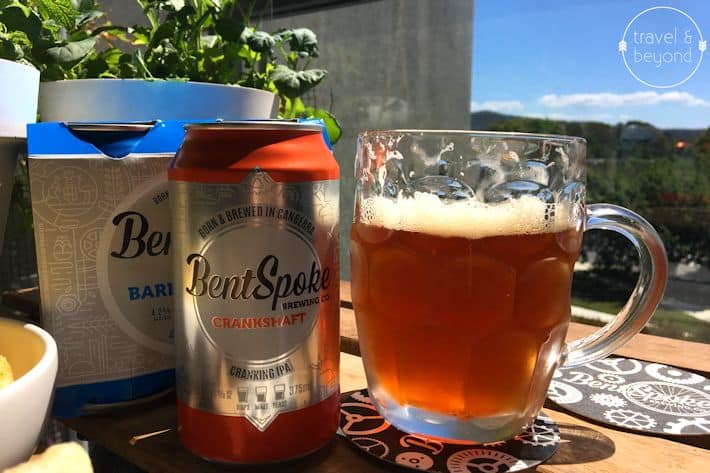 The Barley Griffin was the second beer that we tried. It’s a Pale Ale that comes in a blue and silver can. At 4.2% alc/vol it is a mid-to high strength beer, containing 1.2 standard drinks per can, and its pale golden colour and low amount of froth made for easy drinking. The Barley Griffin had a slightly fruity taste and aroma, and it was a nice beer for snacking, and went well with our snack selection of lime and black pepper chips and pork crackling. 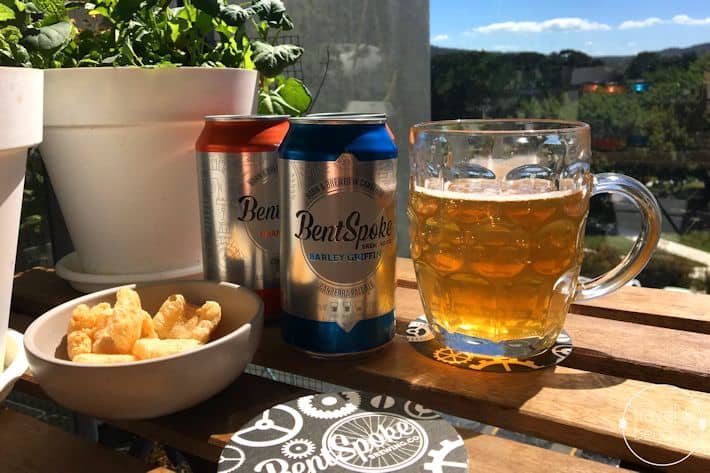 While we thoroughly enjoyed both beers (who doesn’t love an excuse to sit in the sun with a cold one?), the clear standout for us was the Crankshaft IPA. There is not a lot of choice when it comes to canned beer, so the new Crankshaft and Barley Griffin beers are a great addition to the list and I’m sure we’ll be seeing them at a many a picnic and pool party soon.

Writer’s Bio: Meagan is a born and bred Canberran who loves a cold beer, a sweet wine or a mojito cocktail on a hot summer’s day. She is graphic designer by day (and sometimes by night!), and in her spare time she’s usually doing something creative. She also enjoys balcony gardening and spending time cooking for her family and partner.

**Travel and Beyond thanks BentSpoke for the lovely cans of beer. All opinions our own.