September is an electrifying month for Mexicans.

One early morning on 16 September 1810, in a small town named Dolores, a priest rang the bell of his church and uttered the Grito de Dolores or Cry of Delores which launched the Mexican War of Independence. Father Hidalgo y Costilla’s Grito cry is re-enacted every year throughout Mexico and celebrated by millions of Mexicans worldwide. There is joy and jubilation as shouts of ¡Viva México! rent the air. There’s music, dance, fireworks and of course great food!

Those celebrations were felt across the other side of the world in Canberra, as a fabulous Viva Mexico evening was held at the Hyatt Hotel recently. 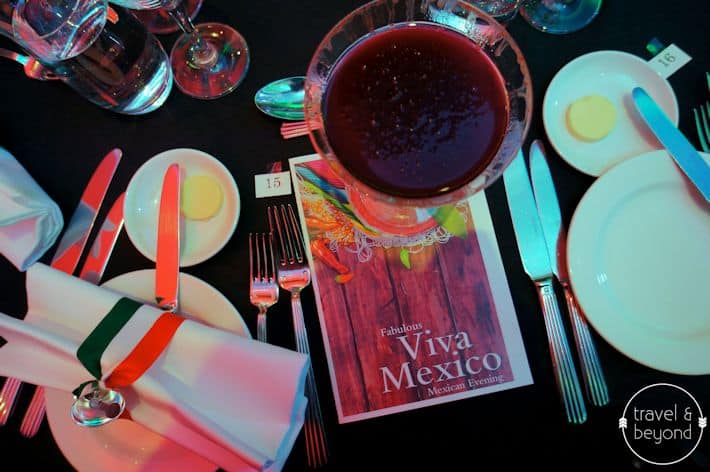 A welcoming sangria margarita was presented to guests which included representatives from the Mexican embassy, other embassies, Department of Foreign Affairs and Trade and other invited guests.

We were serenaded by Victor Valdez, a Mexican harpist and vocalist, who was joined by other musicians who came together to perform as a Mariachi Band. Victor has been performing Mariachi and Noteño (a genre of Mexican music related to polka and folk ballads) music for decades.

Then on to the Mexican cuisine which was beautifully plated. Entrée was a tasting plate of pork quesadillas with pico de gallo, avocado salsa, chilli and pickled onion plus chopped Mexican corn salad with chilli lime shrimp. Our favourite of the two was the chilli lime shrimp—it was tangy and cooked to perfection. 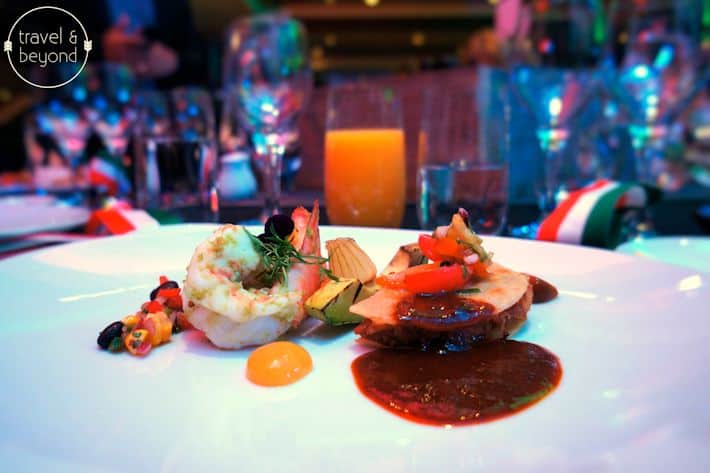 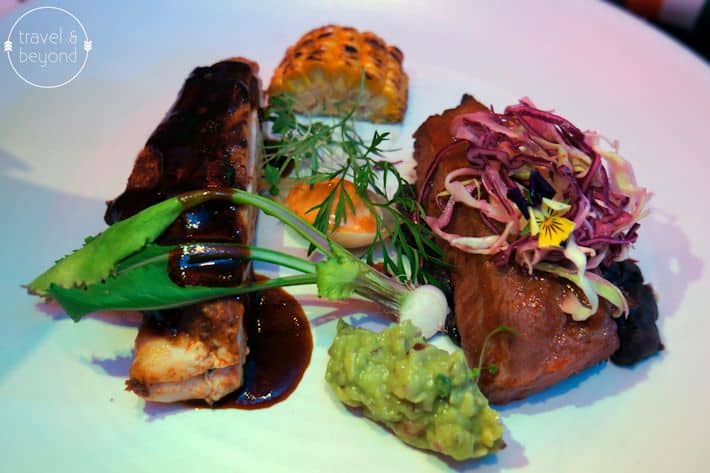 Each course was also accompanied by a selection of tequila, mezcal and Mexican wines. The wine industry dates back to the 18th century and while production is small, Mexican wines from the the northwest part of the country have been awarded numerous international prizes. Just as you thought you couldn’t eat any more, along came dessert. Not just one, but a taste of four different sweet treats…

Tres leches cake which is a spongy butter cake soaked with three types of milk – condensed, evaporated and cream – and then topped with whipped cream; flan de coco y queso which is a creamy coconut, caramel custard; tequila chocolate with coffee which is a wonderful mousse with a kick; and avocado and corn ice cream which is a great mix of flavour giving the meal an intriguing sweet and savoury finish. 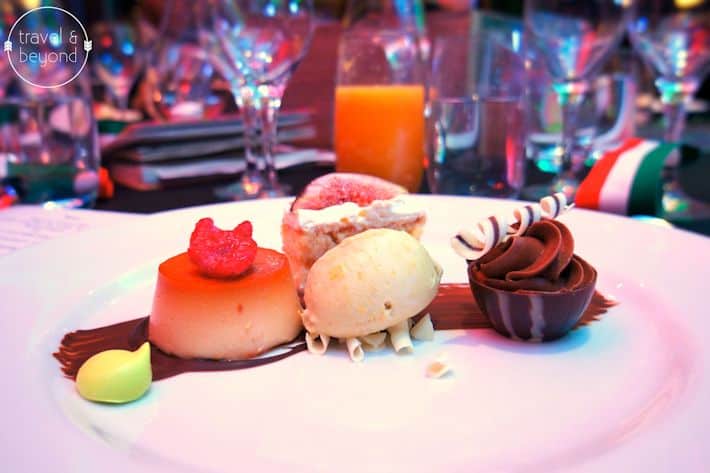 As we dined, we were transported back to the time of the Aztecs as conchero dancers dressed in amazing feathered head dresses, ayoyotes and colourful tunics came into the ballroom to perform. Sounds of drums and conch thrilled the crowd—it was ceremonious.

The night was filled with merriment—more folkloric dances twirled in! Men in their charro suits and sombreros and women in their ruffled Jalisco dresses captivated everyone. So did their quick steps as they danced the Jarabe Tapatio with trumpets and strumming guitars reaching new heights.

The welcome of the hosts, the colours of the food and costumes made us think of the warm Mexican sunshine, the impossible blue of Acapulco, the bright painted ceramics and the rainbow colours of the sarapes (woven blankets) in the marketplace. It was a memorable evening on a cold Canberra night. 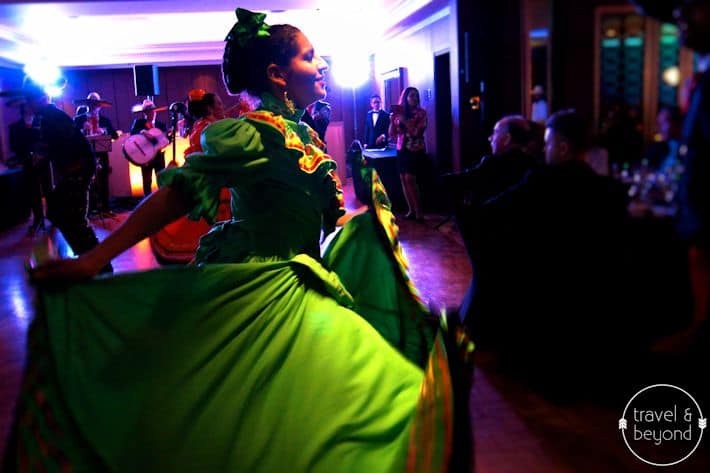 Travel and Beyond were guests of the Hyatt Hotel Canberra. All opinions are our own.