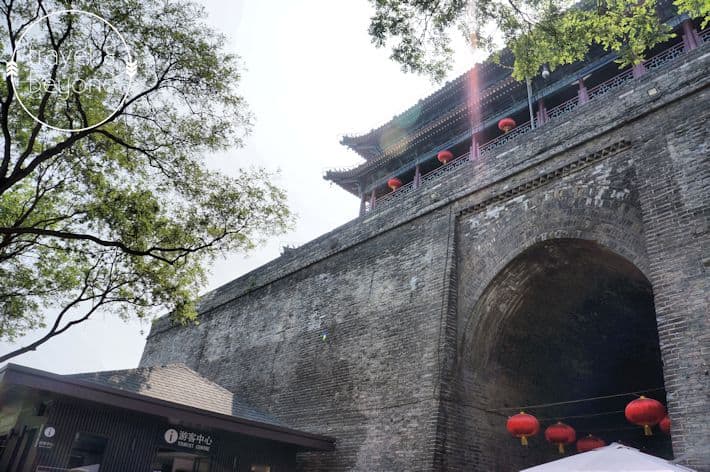 Standing at the base of the ancient walls

“You Persia, you Persia?” asked an old couple as I waited in a queue to purchase tickets for the city walls. They had been watching me intently for a while and after some hesitation, the dear old lady popped the question to me. English is not spoken here but that one simple question lingers with me till this very moment.

Who uses the word Persia these days? Modern generation perhaps does not even know what Persia constituted. If in this part of China, they use the word Persia, can you imagine how deep the roots of its ancient past are? I did remember reading in the Shaanxi History Museums about trade and religion brought in from Persia. The existence of the Muslim Quarter and the introduction of pomegranate to China all came from Persia – another great civilization lost in modern age.

I was queuing up here to see the city walls, the best preserved, oldest and largest ancient city defence system in China. I also noticed that for some time I was drawing a great deal of attention to myself. The people around haven’t seem to have seen a foreigner with my skin colour. The tourist activity in the region seemed to be more inland tourists who come from different parts of China to tour Xi’an. I kid you not; people took pictures of me everywhere I went. A few suddenly stopped in their tracks, looked at me, fished out their camera phones and snapped me. It was amusing and I confess I had mixed feelings of sometimes being some spectacle and sometimes feeling like a celebrity.

The old woman came close to me. Her body was leaning against me and she peered intently at my eyes. She was probably looking at my green contact lens. I tried telling her I am not a Persian. She didn’t believe me. She muttered, “You Persia!” She went back to her husband and they looked at me and smiled.

The central location of Xi’an, near the confluence of the Wei and Feng Rivers, helps explain why the area was the site of several important imperial capitals for almost a millennium of Chinese history. The ancient city wall is a reminder of the city’s greatness. It wraps itself seamlessly around the metropolis with its construction starting during the Tang Dynasty (618 – 907) and later on expanded by Zhu Yuanzhang, the first Emperor of the Ming Dynasty (1368 to 1644). 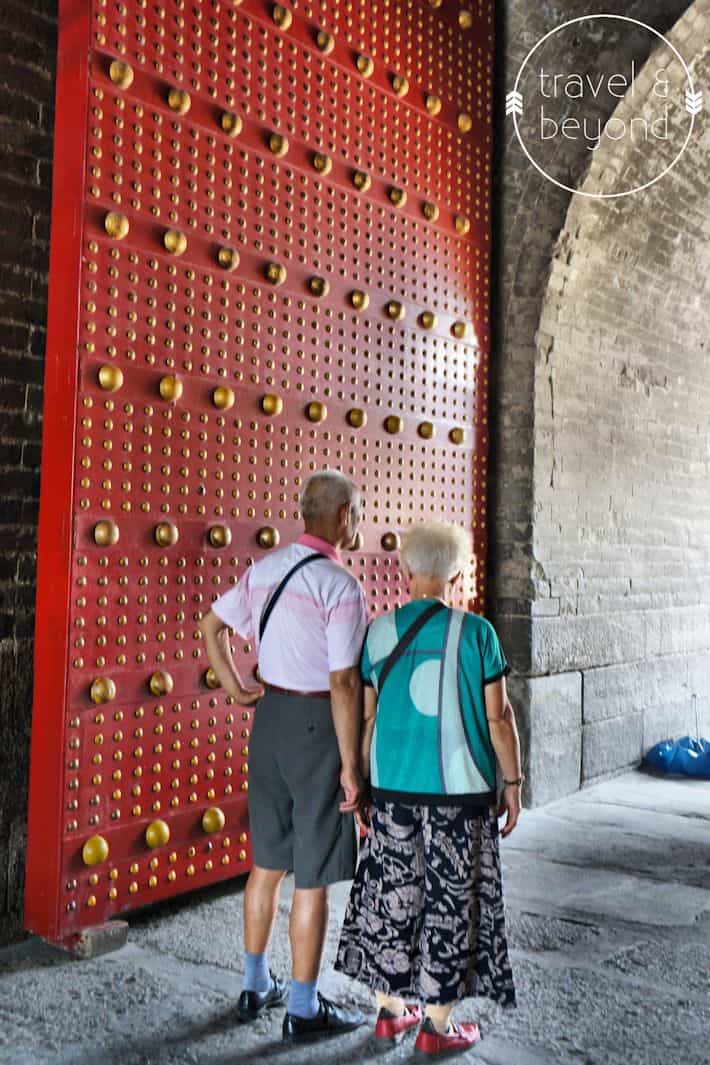 The old couple were a cute pair