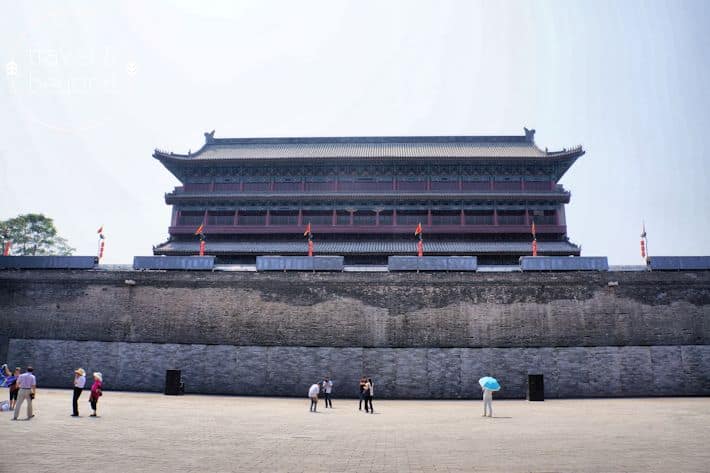 I climbed about more than a 100 steps to the top and was dumbfounded at how well preserved everything was. Remember, Xi’an is over 3000 years old and was ruled by 73 emperors over 13 dynasties in a period spanning a thousand years!

The wall stands 12 meters tall, 12-14 meters wide at the top and 15-18 meters thick at the bottom. It covers 13.7 kilometres in length with a deep moat surrounding it. Every 120 meters, there is a rampart which extends out from the main wall. In total, there are 98 ramparts on the wall, which were built to defend against the enemy climbing up. Each rampart has a sentry building, in which the soldiers could protect the entire wall without exposing themselves to the enemy. 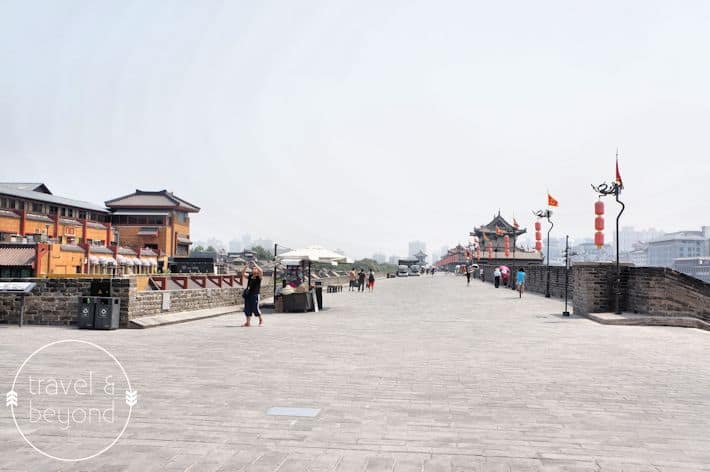 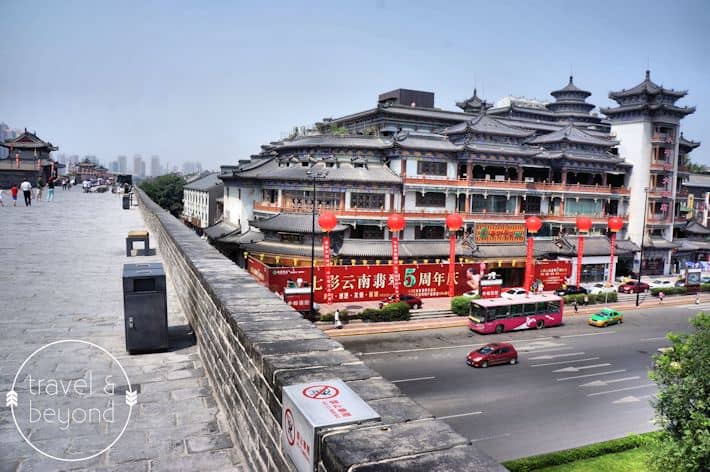 It would take about 4 hours to complete a walk around the city wall at a leisurely pace. Alternatively you could rent a bicycle from any of the many designated stores around. From the wall you can see the ancient Bell Tower, a beautiful building which denotes the city centre within the walls. 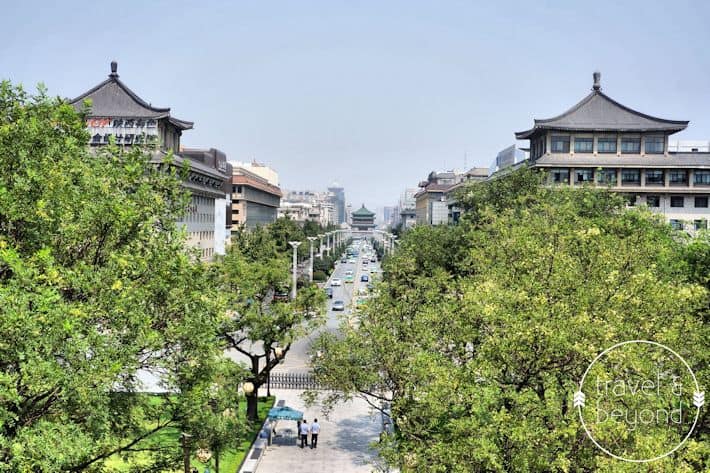 View of the Bell Tower from the wall

You can also see how the modern city with its tall apartments and office blocks developed outside the City walls. But within the walls, the Chinese Government have rightly placed restrictions on the height of a building that can be constructed. So on one side you have the monstrosity of modern architecture that we have all contributed to and on the other side of the walls inside the city are buildings which are traditional, shorter and prettier. 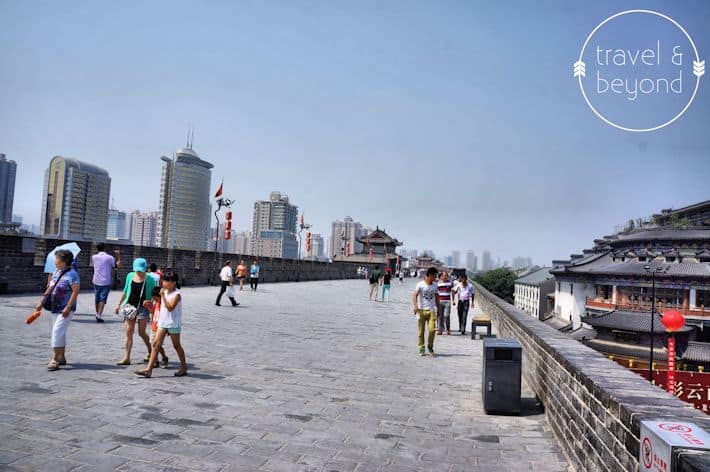 Notice the high rise building on the left? 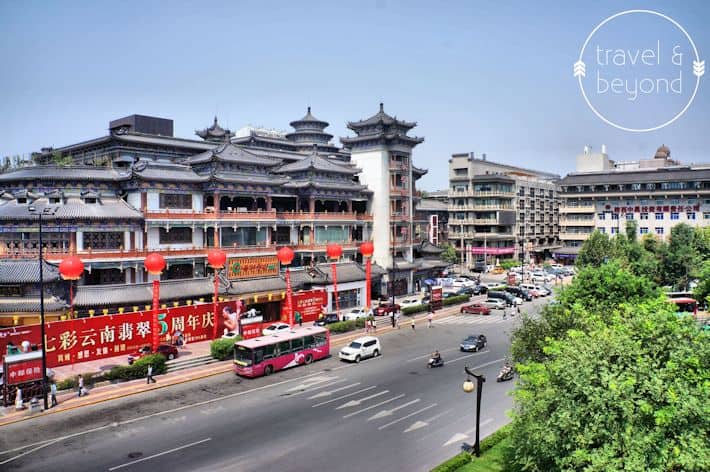 Shorter building inside the walled area