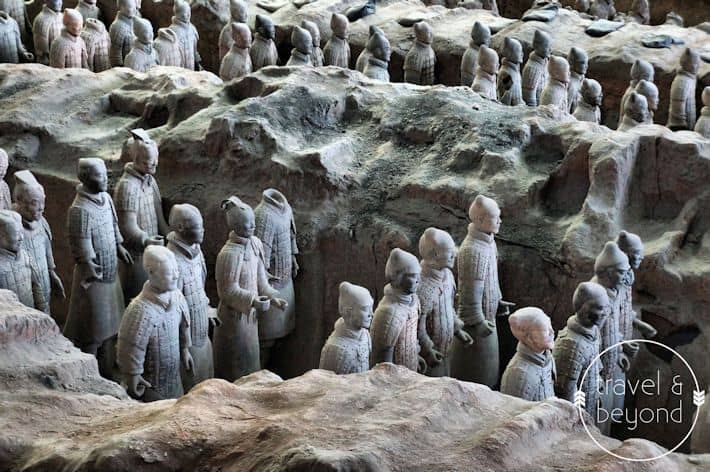 Born in 259BC, a 22 year old young ruler from the western state of Qin had enough of the warring states around him. This one man made a decision – a decision that changed the course of history. In his vision he sought to put an end to war mongering quarrels and unite the land. He smote the war mongers and subjugated them. Very soon he was lord of all and China was born in 221BC. This man was Emperor Qin Shi Huang – the first Emperor of China whose tomb till today is guarded by thousands of warriors who the world mesmerizingly knows as the Terracotta Warriors.

He died in 210 BC after an unsuccessful search for the elixir of life. After his death, his story soon faded into legend. Emperors came and went and the world soon forgot the great Qin Shi Huang. But how can you keep a legend like him hidden for long. He surfaced 2200 years later in the 20th century to stun the modern world.

In 1974 a bunch of humble farmers made a discovery while digging a well. Buried under the earth and timber were vaults filled with thousands of terracotta warriors in battle formation. Generals, soldiers, archers, and horses defying time, stand erect as a reminder of Emperor Qin Shi Huang’s military success against the warring states in his campaign to unite China. It was a testament to his glory and military prowess.